Wanna group up for a run or two?

I can’t bear the idea to level up my alts in SL. I have so many lvl 50s piling up, waiting for DF

Timed a 15 Grimrail and I hope to never return, although no doubt I’ll have to on the opposite affix week

Last flag cap in WSG making the tiebreak when there’s a draw.

The problem with Blizzard’s pvp in their games is that they design it around teamplay, be it this game, OW or HoTS. Individuals don’t have that much impact like in say Valorant, LoL or Smite. The carry potential is much lower. Playing with randoms feels worse. Their esports scene is non-existent or struggles.

They however carved themselves a niche. It’s one of the aspects that makes their games different and their pvp is in general considered to be targeted at casuals, if it’s actually fun for casuals or maddening is another case…

I’m afraid it really is the only way to actually stand a chance on this fight… And I hate Weakaura. Guess I just refuse to heal this key. And I thought Wikket is a worse fight… I mean, you want to find it within like 4 secs, target the person and dispel them, because if the wrong dispel doesn’t kill you, the mass DoT will. We need either a heavy nerf on this - the mechanic is very punishing if you fail it, this is the sort of mechanic I’d only see in a mythic raid - or make the debuff 1 pers…

Lower Kara… finally, after at least 8 failed runs on Wikket solely because of the kaboom mechanic (never had this many disbands on a single boss!) with a group that downed it on first try, we go to Attumen.

That dispel mechanic is nuts.

Basically, all players receive the same exact dot that inflict heavy dmg and will rapidly kill if you don’t dispel a specific person who has a faint aura, but without an indicator with DBM or any special warning. Nothing, and I repeat nothing, will let me know who exactly to dispel.

And if you dispel the incorrect person, it’s a wipe. If you don’t dispel, maybe doable on a lower Forti with a heal CD.

And the only way to know who to dispel is to get WA specifically for this one boss fight… and I don’t like the addon.

If there was a 1 person only debuff, or a secondary debuff that was a different type I’d outright know who has it. And Mass Dispel just kills us all.

Guess I’ll flat out refuse to heal Lower Kara. No thanks!

I feel like they’re favouring queue times over matchmaking. I’ve had matches where my team is on average 20k hp lower than the other. That’s unwinnable unless the other guys are all afk, so why allow that match to start when the outcome is known?

Ofc, they ignore the solution to queues being “everyone is in mercenary mode, the server takes the first X players, divides them in 2 as evenly as it can, and starts the match”.

There is no matchmaking in random bgs.

*I like your solution but it’d lead to further dissolving the 2 faction narrative. I don’t mind it that much, even though I love to exclaim “for the Horde”, but some still care a lot about that fantasy. Blizzard is not fully abandoning it either so far. Gear disparity would still exist unless you have Legion templates, which many disliked too. I liked it as I could casually pvp with most classes.

Probably the biggest offender why you lose a bg is when your team doesn’t have any healers. That is a problem the whole game has. It’s require making the role more enjoyable to play for most people. 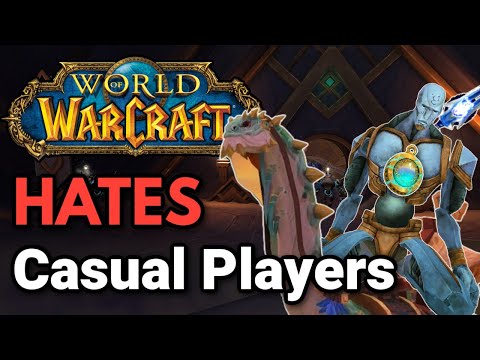 I won’t be able to experience tomorrow’s Free T-shirt Day due to traveling.

Discovering that there is a cap to the health increases for killing maw rats in Torghast, ruining my One Punch Man dream.

You mean that very same mechanic as the Ardenweald-boss in Other Side?

but this one can be mitigated if I’m in shadow spec, or maybe with a full Fleshcraft shield.

I think the dos one works the same.

Naaah, if you’re late, you’ll die no matter what, whereas you just suffer a lot of dmg if you don’t do the Wikket mechanic. (At least according to the encounter journal)

But is survivable with a CD - used Dispersion myself.

Emissary of War doesn’t auto-pop when you join a relevant dungeon and I feel like it used to?

Did 2 before noticing. Not sure I really have time for 4 more on this character this week…

Hmmmm, when i did many unlucky tries on this boss, people that didn’t know the mechanic died insta. We that were in the air took damage btw, but survived…