Yet we just follow farted on Thrall and Jaina and other mortals who do not fit in the realm of death.

Honestly, the game’s just about Anduin, Jaina, Thrall and then one other random Horde leader (Sylvanas, Baine etc).

Thats it, Blizzard can’t focus on more characters in a story, their

brains can’t handle it and we get wet

like the Night Warrior arc or Baine sadly sitting in a corner all expansion.

Also, this’ll probably get me another week long ban, so see ya on the otherside

Oh yeah, I still hate we have no real insight to what happened to Renault.

For an expansion about death, we’re missing quite alot of previous (World of) Warcraft characters. Looking at Elisande, Gul’Dan, Kilrogg, Kargath etc. 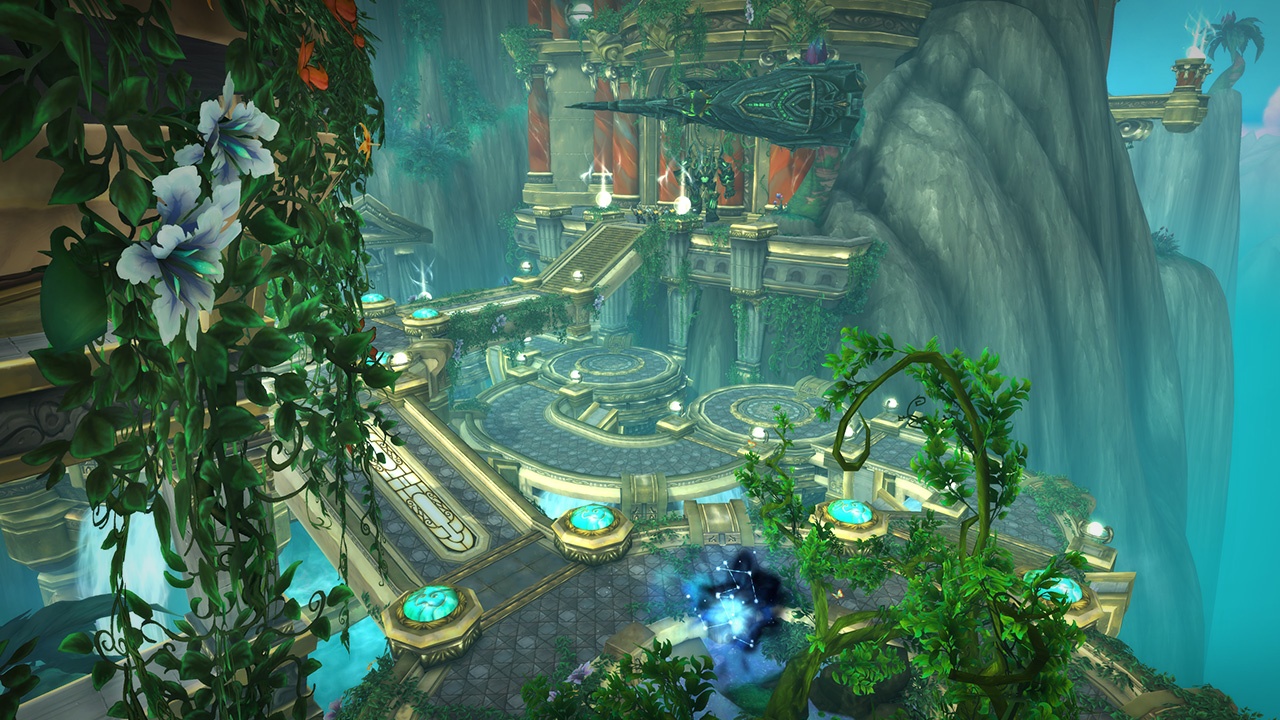 Blizzard announced that Legacy Raid tuning will be coming in Patch 9.1.5! This will hopefully help players who are collecting items from previous expansion's raids.

Make Mythics all soloable. It’s exhausting having to fight the legacy loot system to begin with. Gul’dan’s a pain, Kil’Jaeden is a pain alongside Avatar, remove the pain that is the Eonar fight and Aggramar.

Also a seriously scaling work on those raids, no one should be dying to boss hurting too much, it’s two expansions later, why is this still happening? Now dying because of mechanics I can live with, but not that.

Yeah, I think Bellular was right when he said, the Shredder usually used for player complaints is now mostly utilized to destroy evidences, hence why.

PvE content from previous expansions should be soloable. Blizzard gets to bump up their precious player retention rates, and we get our hands on sweet transmogs.

I can understand why it’s not always soloable for the expansion just after the latest due to balance issues.

Eh, feels like an instanced buff would sort things out?

Something like that. Something that would make it fairly trivial regardless of gear.

Can’t help it.
Posting impassionately, they say you don’t care.
Posting nothing, they say you ignore.
Posting with passion, you incite trolls.
Posting fluff, you say nonsense.
Post with what facts you have, they whittle down with rationale.
There is no win.
There is only slow degradation.
Take note. It is the first and only time you’ll see someone in my position make that position.
You can be me when I’m gone.

Proof that the players can drive any developer to a lovecraftian madness, if they let them.

It’s all good stuff, but I refuse to congratulate you for listening to us. You want a pat on the back for that? Invent a time machine, travel back a year, and tell the developers to do all this BEFORE the game launches rather than as a mid expansion band aid. And why the salt? Because you keep doing this. You keep introducing systems you have no hope of balancing, which fight against us, which waste our time, which offer horrible grinds and then you fight us as much as you can in changing them…

Are the changes good? Yes. Will they make the game better? Yep.

Did I post about these exact problems before the expansion even launched, like hundreds of thousands of others? Yes, I did. Even when some posters in this very forum were in favor of the ripcord staying, for one.

I want them to give us something new that is solid when it launches, and not something they spend an entire expansion progressively fixing.

Radical idea I know, but it sounds like the system FF14 has (Roulettes?) works quite well at keeping all content current?

But, yeah, WoW doesn’t have enough good/not looking like 2004 assets mogs to be sleeping on making mog runs easier.
There’s so much room to improve stuff, like heck…

Radical idea I know, but it sounds like the system FF14 has (Roulettes?) works quite well at keeping all content current?

I mean, yes, it does keep content current to a degree (the gear that drops in roulettes are of the dungeon level, so level 50 dung = level 50 gear)

But nothing hurts quite like getting Satasha at level 70 where your rotation is basically 2 buttons for the whole dungeon.

You can also unsync in FF and run Satasha as a level 70 with all your abilites and one shot everything.

Member when we followed Jaina and Genn in Nazjatar and Shandris was just a side-character when we we had Maiev, Tyrande, Malfurion and Jarod walking around?

Those were Elves who literaly remeber the Kaldorei Empire at its peak and they did not even make small appearance, instead we got a history lessen about the Night Elf Empire from Jaina and went out to search Shandris bestfriend from 10k years ago

I think Bellular was right when he said, the Shredder usually used for player complaints

I 'member making a meme image about that in WoD and was told that I was too harsh on blizzard and whiny about the lack of effort put into the game. I expect an apology on my desk by the end of the day.

Ah. I stand corrected then, m’bad.

I just think it’s mad to have SO much content just… sat there. Mouldering. Pre-MOP stuff is really badly dated imo (Yes, even Cata, mechanically and meme-wise…)

Don’t get me wrong, as much as I love FF.

WoW does scaling much better.

Is WoW’s scaling better balanced than FF’s? Nope, it is however more fun and I much prefer WoW’s to FF’s.

But nothing hurts quite like getting Satasha at level 70 where your rotation is basically 2 buttons for the whole dungeon.

Fwiw if you make a pre-made you can select a toggle to stop your group being thrown in a dungeon more than a few levels below your lowest level party member.

Plus there’s generally not much need to do the leveling roulette these days unless you’re on an alt class anyway, even then between palace of the dead, wandering trails, frontline daily, etc there’s ways around it. If you need tomes you’ll usually get more than enough from actual endgame content.

OT: A lot of these changes should’ve been in at 9.0. We screamed at Blizzard for the entire beta that XYZ was fubar, but they went ahead anyway. Then a patch and a half later (Nearly a full year lmao) they start addressing it.

We have done this song and dance at least three times, Legion, BfA and SLands. We give feedback, they ignore it, and don’t act on it until the expansion is half-way over. The cynic in me is starting to think they withhold changes until later patches to try and get people back in. But for me? I’m done.

At the earliest I’ll be back in 9.3.5 when inevitably everything is fixed, there’s no timegating, and you can get an alt raid ready in a reasonable timeframe.

For 10.0 I am definitely not coming back if they ignore feedback all over again. In the blue post it’s amazing how on one hand they give an excuse for why they ignored the feedback about cov swapping, then in the same breath confess they messed up about conduit energy.

Blizzard, you messed up on both. And we all know you weren’t planning this for narrative reasons, if you did you’d have done it for 9.1’s launch at minimum.

You’re doing this because there’s approx 2.6mill active characters at max level, with less than half of that having done a single M+ since the patch launched and a similar figure for people who’ve killed the first boss in the new raid compared to the last one.

Assuming a generous estimate of at least 1 max level alt per person, we’re looking at under 2 million active players at endgame. That’s abysmal. But it shouldn’t take a lawsuit and nosediving player counts to get changes done that were requested over a year ago (Accounting for beta).

Fwiw if you make a pre-made you can select a toggle to stop your group being thrown in a dungeon more than a few levels below your lowest level party member.

I am aware, I just tend to queue on my own.

We have done this song and dance at least three times, Legion, BfA and SLands. We give feedback, they ignore it, and don’t act on it until the expansion is half-way over. The cynic in me is starting to think they withhold changes until later patches to try and get people back in.

I’m probably going to come back for this .5 patch because its won me over, but as I’ve previously stated, I’m not thanking Blizzard for finally listening because its beyond ridiculous now.

Would be pretty neat!

Can’t do all the things.

Won’t have anything to release next time their numbers drop.

Any word on what Mac’Aree will be called in the future?

Probably just Mac’aree, apparently you say it differently then you spell it.

muh-KAH-ree instead of McCree or whatever.

or idk how ppl write phonetic stuff through english