Experience from soloing dungeons of equal level should be nerfed

I wonder if the game was really intentionally designed for a level 70 to solo a dungeon of equal level like The Botanica, Sethekk Halls, The Shattered Halls or Utgarde Keep in about 12-15 minutes without any difficulties for around 1.2-1.6 million experience per hour?

To answer the question of why does it matter?
It only matters for those people who cares about going for the server first level 80 achievement, but because of this it will with almost certain guarantee be either a protection warrior, protection paladin or blood death knight which gets it on every server, which is kinda sad that other classes doesn’t stand a chance.

Would be nice to see some kind of experience nerf if you are soloing a dungeon.

It only matters for those people who cares about going for the server first level 80 achievement, but because of this it will with almost certain guarantee be either a protection warrior, protection paladin or blood death knight which gets it on every server, which is kinda sad that other classes doesn’t stand a chance.

if they nerf solo dungeons, 1st on every server will be mob tagging strategy, which is also not very good

It is not 2008 year, anyway you will not get server 1st just doing quests.

And it is a very easy Fix after all that good stuff they changed (karazhan farm etc.)

otherwise this will be the “meta”: 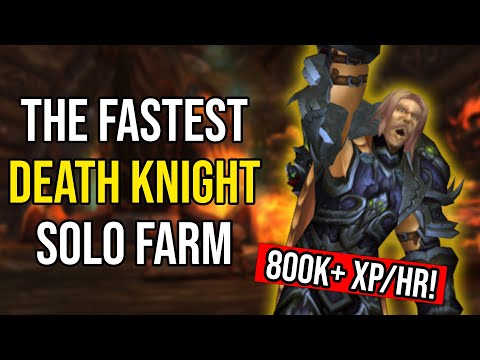 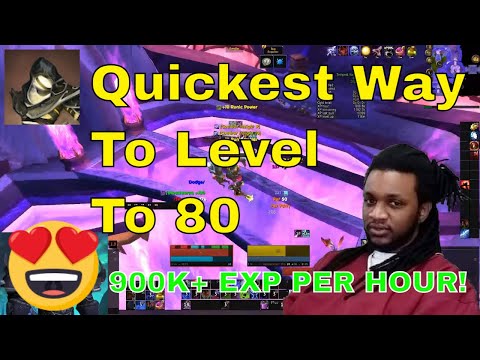 just “simulate” 4 players exp wise if you are solo in a dungeon so you will get the same amount of exp that a full group is getting.

The dungeon mob tagging strategy should obviously also get nerfed, but the world “first” back in the day got banned by doing that strategy, so I don’t know if it is against TOS or not.

I am not saying questing should be the only way to level. Dungeon grinding should definitely be a viable option, but soloing a dungeon of equal level should not.

The dungeon mob tagging strategy should obviously also get nerfed, but the world “first” back in the day got banned by doing that strategy

We made an adjustment that requires a player or party within a dungeon to do the vast majority of the damage to a creature to receive full experience. This is a stopgap fix for now to address a specific type of dungeon leveling technique which essentially exploited dungeon kickout timers and the previous mob tagging mechanics, which did not require the tagging player to do nearly as much damage to the mobs for full XP. The fix we have isn’t perfect and has a few sub-optimal edge cases, but we are not going to make further adjustments for launch day and the ensuing realm/world first attempts at this point.

We plan to implement a more full featured fix very similar to the one quoted above very soon.

Does this mean soloing a dung still gives full xp, you just cant sit afk at the entrance to leech?

Does that mean Healers will always receive less XP than the rest of the group?

I legitimately disagree, the majority of the player base won’t have the gear to get to experience this type of possibility and prot war for sure unless you’re actually gemmed, enchanted and geared wouldn’t able to really solo it.

As far i’ve seen pretty much every1 has full pve geare with gems enchants ect hence why its possible. I for sure don’t have that kind of gear on my chars and boosted characters or fresh leveled ones for sure DO NOT have the gear to be able to solo the dungeon (from my experience). Mage on the other hand might be the only class that doesn’t require end-game tbc gear to actually take advantage of the solo experience from dungeons.

I also don’t see the point in nerfing something that allows only a certain percentage, that also are capable of doing in the first place. It sounds more like that just because you can’t take advantage of it to the same level as a very low percentage can in general if we discard the bis-geared players, you are complaining about it not being “fair”.

I legitimately hope blizzard does not listen to the very few people that complain about this and doesn’t go out of their way to ruin the remaining systems of “classic”.

I bet you watched some video where Athene was mentioned and that was about having 5 players in the instance, hence it was NOT solo. Least to say THAT was an exploit, soloing on the other hand is not or as the game master in the picture mentioned “clever use of game mechanics”, since it takes the best of what exists to implement the solo experience.

Final note, classes like dk and mages are completely different, it’s also high-risk if you’re not experienced as you can die in less than 1 second if you get close enough. I also want to note, the linked video does use potions. The DK in question is geared as well, not ur usual dungeon gear from leveling.

No, as you are in the party during the damage is being dealt.

Are you saying you didn’t know about this until the op told you, or you did know and launched anyway?

The numbers 1.2m-1.6m are blown out of proportion hilariously because for example UK is only about 700-800k an hour XP and requires quite some gear, without gear you’re dead. Botanica for Warriors is especially good, but to reach 1.2m XP per hour requires exceptionally optimised gear and exceptional gameplay.

By example I watched asmongold do this with a very geared Warrior and he was doing 850k. In Sholazar basin I was questing at around 850k XP tonight. Now I am someone who did farm Botanica, and I did get a lot of XP… That required a lot of preparation in getting my gear to 90% avoidance without sacrificing dps stats, getting consumes ready, practicing the dungeon first in order to just survive and then in order to optimise speed.

And how much XP was I getting, I peaked at 1.5mil per hour including the brewfest 10% buff and with 23 dailies handed in prior, I settled at 1.2mil and I was putting out a levelling pace faster than almost everyone to about 73 (including people doing these farms) before I went to bed, then today maintaining in the 1mil per hour range…

Not many players are doing this, certainly not to anywhere even remotely close to 1.2mil as a lower estimate. I’m not saying it’s super ideal that Botanica is the best for a Warrior or Shattered Halls best for a Paladin, but it’s a farm that requires super good gear and a very optimised play. For most people it’s better to quest or dungeon as 3man teams… Or just exploit a bug like the world first?