In this thread, please post your thoughts and feedback on updates to the Blacksmithing profession in the Dragonflight alpha.

Crafting many high end weapons (and armors), working on it to become better is amazing. Cant wait to see it goes live. Im actually tempted to go Blacksmithing instead of leatherworking. 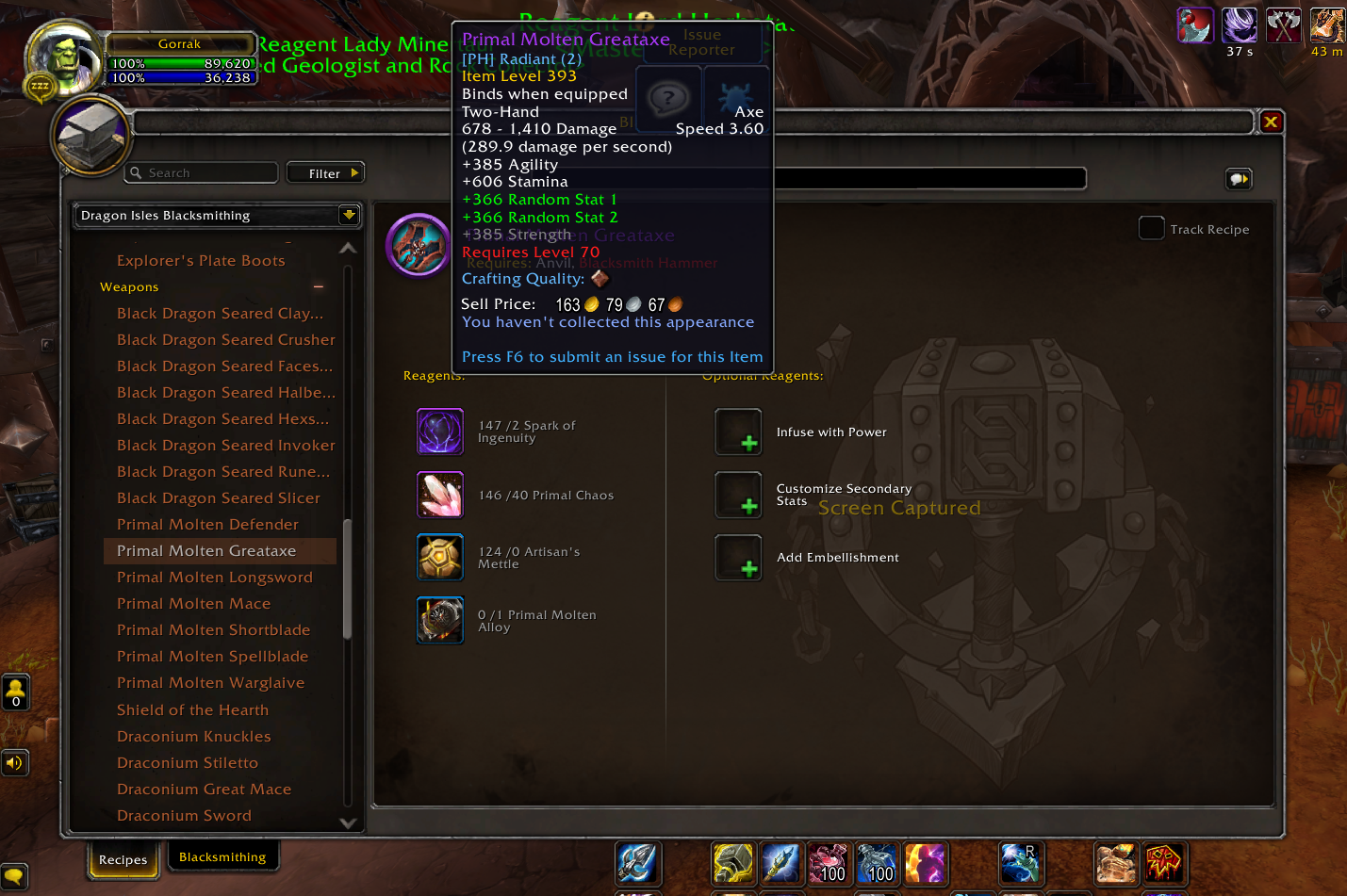 The first impression that I have of the new profession system is cautiously optimistic.
I really like the unique item bonuses that have been put on a part of the armor and weapons we can craft. And I’m quite curious how the new crafting gear will affect our crafting (or if it will just be a mandatory item to get once to max out our crafting output and then never look at again).

There’s a lot more depth to crafting but the secondary crafting stats need to be implemented fully first before more specific feedback can be given about it. Nevertheless based on what’s currently testable there are some things I’d like to note as points of improvement:

As a final point there’s one thing that’s not testable on the alpha but I do want to raise my concern about, and that’s profitability of crafting professions. I’m on what is now a low pop realm so I have a limited amount of players to sell items to. With crafting materials becoming region wide on the AH in 9.2.7 it seems like there will be an abundance of crafting mats that far surpass the demand that’s required for crafting items that are not the absolute best quality in Dragonflight. With the crafting reagents to get to the tier 5 quality likely going to be BoP I’m worried there’ll be very little gold to be made if you don’t run high level Raids/PvP/M+ yourself.

One more note to that actually. Morgan Day recently said that you’d like professions to be a fourth pillar along side the current Raids/PvP/M+ but it seems to me that’ll be difficult to achieve if that new fourth pillar is dependent on the other pillars to be able to craft the high end gear. I understand the challenges and why you’re currently leaning that way, but maybe it’d be good to continue thinking about how much of the crafting reagents should be BoP.

Other than these points, the first impression’s good! Again, I like that you get the unique item bonuses on the epic max level gear. It would be nice if these changed from season to season so what Blacksmithing and other crafting professions can offer remains fresh throughout the expansion!