EDIT: I’ve reuploaded my first video with new audio! Link below is the updated one

Hope it’s okay to plug. I started making a series of lore videos on Queen Azshara. I put the first one up today. I plan to make around 16 more, including analysis of in game events and theorycrafting in the future.

I know there are other lore videos on her out and have been out for a long time, but I’m such big fan I thought I’d do the most comprehensive account of her possible.

If you check it out, thanks! 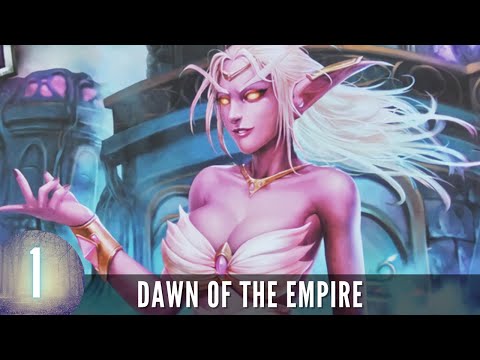 Nicely put together, flows ok. If I could make a small suggestion it would be that you slightly slow the narration, to give more of a sense of the start and end of each paragraph, and use more intonation to create a greater sense of drama. Hope this is ok to say, trying to be constructive and I’ll look forward to seeing others in the series. Cheers.

try recording a litle higher next time. i have my sound on 100% and i still cant hear 1/3 of what u said.
but keep doing those. i like listening to lore while i play. already subed,

Nice but 1 moment is not confirmed. When Night Elves empire was growing, we do not know who was the leader at those times. Many people still thinks that it was Azshara, the one who was the leader during the wars against the trolls.

Blizzard needs to write another Chronicles, but with more details. At least to mention in it that Night Elves have joined the Alliance. Because according the Chronicles Night Elves did not join the Alliance yet.

@Gulduckmcdot
Ah, thank you! I might remaster and reupload it in that case

@Tellenis
Thank you! Absolutely appreciate that, I’ll slow my narration in the next video, and put some more intonation in <3

@ Призраклес
I did mention that there were rulers before her, but yes I should have made that a little clearer. I would lovvvve more Chronicles

Azshara is indeed a peculiar character surrounded my misteries and most stories about her being told by those who opposed her. Yet it is not clear why after being seemingly a devoted follower of Elune, she abandoned that path (or maybe even the other way around - Elune abandoned Azshara?

And new bits of info add more confusion rather than answer questions. Like a statue of Azshara in Nazjatar. Are those the same markings on her face as what Tyrande got when she performed the Night Warrion ritual, or it’s just a damaged statue that does not hold extra meaning?

And those images of elves using pillars of creations, in Tomb of Sargeras and Cathedral of Eternal Night. Why would they do it? Why Azshara (it’s rather clearly her outfit, but maybe someone else had a similar one) have a staff with Tear of Elune on it? Why was Aegis used against a dragon? (Cathedral version)

Are the names given to the phases of the boss fight just fancy names without much extra meaning, or there are other untold stories? Who could it be, those “cursed lovers”? Why “my palace is a prison”? It is just about freeing N’Zoth, or there is more to why she did not leave this place to shatter the Tidestone?

Oh well, maybe we’ll learn more about it all in the future. And for now, the most immediate question if the throne she is looking for. I guess she can’t imagine not being a queen of some sort anymore. But it suits the charater.

Anyway, it’ll be interesting to see the next chapter. Maybe post the next video on forum too.

The throne she’s looking for is actually the reason I started making these videos. I have a good theory for that and I wanted to share it properly - so I figured I’d present everything I know about her up to the present point first!

Thank you for watching, the next video will up soon I hope!