No more character customization in Shadowlands

Absolutely solid additions to the world. Shadowlands just feels like it doesn’t matter, because to me at least, it doesn’t. Even with all the dead characters showing up, all of SL is just so soulless. Wake me up when we’re going back to Azeroth.

I can’t say that I miss BFA, I think there’s very little that Blizz could do to make it that badly, but this is an absolutely baffling choice on Blizz’s part, especially for the Allied Races which quite honestly could have some of the same customization options that their equivalents already had. Would it really be that difficult for a highmountain tauren to get a flower in the mane? Or for nightborne to get some of their NPC options? Or for kul tirans to have any variety in their face shape that lets them look even remotely distinct from one another?

I’m spoiled because worgen got a tonne of extra options, getting all the new human stuff, wolf stuff, and getting both seperated out, but after levelling some of the allied races to try and get some heritage armour they feel like they’ve been left behind for sure.

The World of Warcraft Q&A for Shadowlands has begun. We'll be liveblogging the Q&A and recapping the answers for the upcoming Chains of Domination Patch!

Or for nightborne to get some of their NPC options?

Yes, because the NPC models are incompatible with player gear (their own gear is baked into the model) so they had to pull in an intern to design an all-new nightborne model for players to actually use, with nothing but a cynical 13 year old’s description of the race to use as a reference.

That lack of effort at the start will hold the playable nightborne back forever. 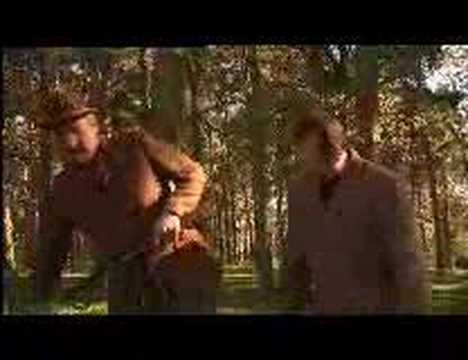 None of the issues with covenants are remotely close to how completely rubbish azerite armour felt and anima is nowhere near as awful as azerite or even artifact power in the original release of legion. BfA had cool zones that it completely wasted with gameplay issues and the patch zones and plot after dazar alor was incoherent at best and wasted actually good plot beats at worst.

Shadowlands is nowhere near as harmful as BfA was, it’s worst possible outcome is it could become soft retconned like WoD seems to be.

so we’re not getting the stuff we got promised? again? just like WOD with garrisons?

yeah, you know what, knew all of this was too good to be true. leaving when my gametime runs out.

grr i keep posting on the wrong character

for real though screw blizzard

Champion… Ye missed me eh? Ye are going to get azerite fer that.

What a load of crusty wankstained socks.

They’ve gone out of their way to hammer down on “player agency” and “customisation” in this expansion’s materials and they do this. No straight back for male worgen. No Nightborne revamp.

Having done work on a custom Nightborne model in my free time over the winter, the breadth of NBs problems are obvious, massive, and easily fixed.

Nightborne were not initially planned for being ‘Allied Races’ (same as HMT and LFD). If you pull up in-game files for NB in particular, their armour is grafted onto their skin as it is for most non-playable NPC races in the game-files. By the time NB were to be an ‘Allied Race’ not only had the Suramar Environment team moved on to the next expansion, but the NB files had no ‘origin point’; there was no one ‘blank slate’ to draw on.

So, for the sake of time, NB were rebuilt from the ground up on the Night Elf animation rig and skeleton. In the game files, you can see that only Nightborne Males share a ‘different rig’ from their NE counterparts, because their limbs are thinner. NE and NB females actually share the same skeleton. They’re legitimately just retextured differently.

If you export the skeleton-armature, for eyes to be fixed, you’re adjusting 8 bones over 30 minutes. I did my skin recolouring in GIMP, which took 3 minutes and a ‘hue slider’. ‘Limb size’ (ie. Musculature/buffness and body shapes) is largely tied to those bones of the armature, and while this is more time/labour intensive it’s not overly difficult.

It would take maybe a week to ‘fix’ the eyes (or make additional options). It would take less than that to adjust skin-tones and create more. Hair/eye colours? Same deal. Legitimately 3 of each creates a third-factorial of customizations (at least 18 new possible permutations).

BFA has stunning zones and a lot of the gear and armour we were given felt very useful for RPers like ourselves, unlike Shadowlands with its far more limited array of relatively simple and grounded sets, which BFA had - but Azerite and that whole N’zoth and Nazjatar thing was just a nightmare.

Does this feel like a betrayal to anyone else?

I can’t be the only one who liked 8.3, the corruption system was fun!

But when how can they finish the next Sylvanas model update?

I can’t be the only one who liked 8.3, the corruption system was fun!

I liked it too, but I’ll have flashbacks from tentacle rogues until the end of my WoW career I’m afraid.

biggest sub numbers in ages in 2020 and blizzard still can’t find the money to fix these glaring issues. awesome stuff.