Blizz seriously need to fix these story plot holes than just pretending things were perceived differently and “this is how it is now” unless I’m missing something.
-How can u explain Sylvanas working with the Jailor who actually forced Arthas as Lich King and is responsible for all her suffering?
-How can u make a raid wherein the boss list you see Sylvanas WITH Kel’Thuzad? Seriously guys?
-How can u make her forcing Anduin becoming a vessel?
-And most importantly, how can u even think about making her “second guess” her actions NOW, after everything is done? If u wanted to set a revenge plan, or her regret her actions, it could be done when Denathrius was captured and Jailor couldn’t care less. It’s just poor writing making her doing things knowingly and fully supporting her cause, then feeling bad about them a patch later…
That’s some really bad/poor writing there.

Feels like you wanted to do something, then realised she has too many fans and then trying to make it as 50-50 so that she ll die a “hero” for those who love her and…well i guess die will make up for those who hate her.

I think “she embraced total nihilism” is as complex as the explanation will get. As in “Why care about the genocidal maniacs, when nothing we do is our unmanipulated choice anyways?”, without delving deeper into it. And let’s face it, that can work in mass entertainment. Just thow in soemthing that sounds like a reason, and people can tolerate it. Just look at Thanos in the MCU, who suddelnly became totally “morally gray” when we learned that his gencides were a totally reasonable measure against overpopulation. It’s fine if you don’t think about it too much.

I just don’t think it works as well if we have weeks to months to ponder every little dialogue, because there is so much time passing between content updates. Even if we don’t want to reflect about it, we have so much idle time we do. And that just kills the flimsy explanations.

Well - She is piecing the puzzles together, about Jailers influence on his chosen death knights. Her doubt is visible in new cinematic.

How can u make a raid wherein the boss list you see Sylvanas WITH Kel’Thuzad? Seriously guys?

She herself has become someone she blamed her tragedy on. But this time it was a conscious decision unlike what they established with Arthas now. So the means justify the ends for her. She has done such actions before to get what she wanted (Business with Dreadlords and Old Gods)

How can u make her forcing Anduin becoming a vessel?

This was sort of touched as “I have not come this far to falter now”. But as seen Anduins words are gnawing at her.

Some call it revenge - sure it might be what she will do in her last moments, defy the Jailers plans and go against him in turn making sure his plans wont come to fruition - I’m assuming it will have to do something with Anduin. And doing some small redeeming thing.

Right now she thinks there is no point to anything and by the end the whole “hope” talk will be proven to prevail.

Could be Nobbel’s content. Could be Azmon. Could be other options - it’s not uncommon to see those question since the game never bothered to explain why Sylvanas was purrfectly fine with cosplaying a Lich King in some situation, but not now.

Right now she thinks there is no point to anything and by the end the whole “hope” talk will be proven to prevail.

Maybe there will be something more interesting. Unlikely, but not impossible.

Nah the content and points are exactly from Bellulars talks. Wording and so forth. Also timing of thread and videos release are awfully close.

idk, maybe. “Why now” could be seen in Nobbel’s reaction video for example: 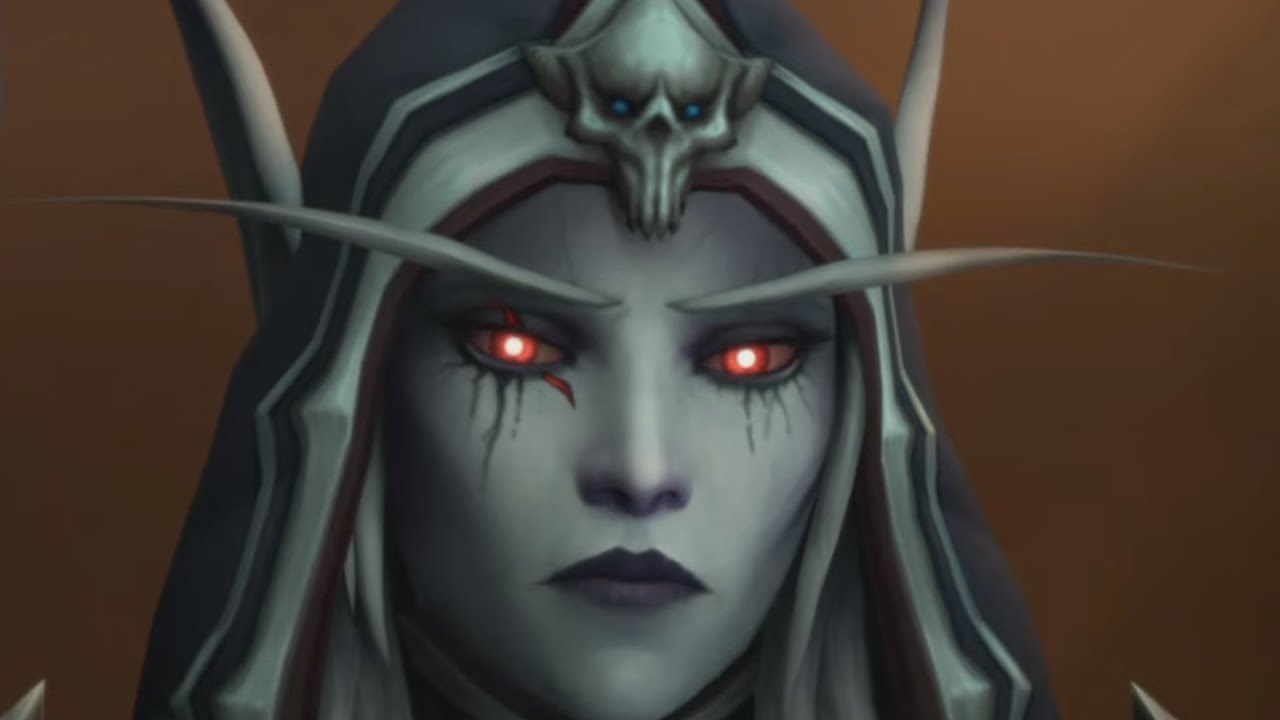 idk maybe its me. My apologies. Its not relevant to the discussion anyway.