Why Blizzard? You’ve been teasing and taunting this whole uncorruptable figure, a son of Deathwing who defied the corruption.

Now? He’s a raid boss. We haven’t seen him since Mists, so unless there is really a lot of buildup, this is going to feel really cheap.

Out of ideas maybe?

Better him than Ebonhorn. Besides he was insufferable anyway.

I disagree, I found the whole Ebonhorn reveal cheap and quite pointless.
His whole character feels quite flat and pointless, showing multiple times that he’s quite easily manipulated.

Looking through some of the datamined texts, he’s also a massive spineless suck up to Alexstra.

His whole character feels quite flat and pointless, showing multiple times that he’s quite easily manipulated.

Looking through some of the datamined texts, he’s also a massive spineless suck up to Alexstra.

Except Wrathions character was always schemeing and plotting, he always felt active as a character.
Ebonhorn just feels like a passive character who gets dragged along by the story. 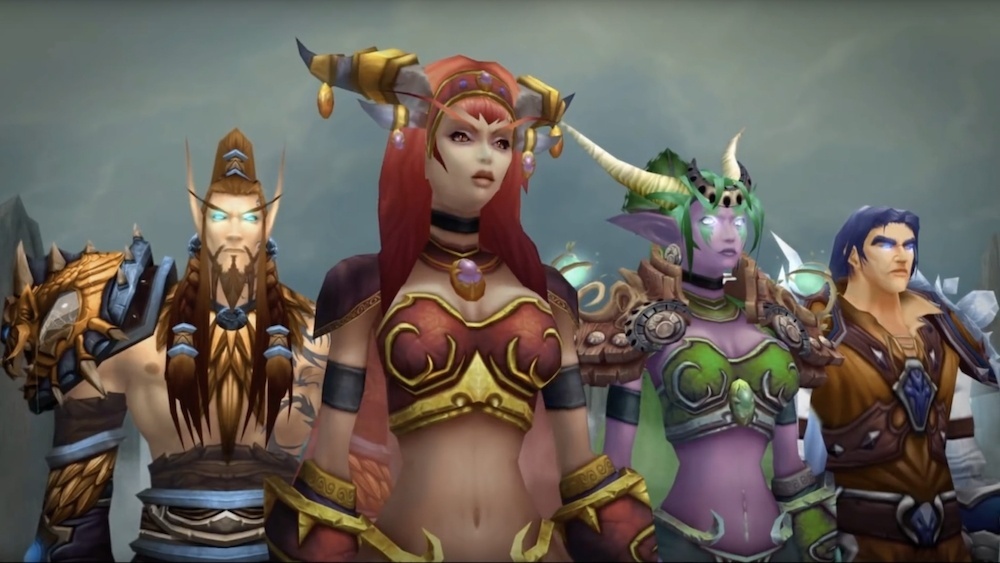 We've datamined several bits of broadcast text from the Patch 8.3 PTR. In this piece, we see the Dragonflights come together to discuss the growing threat of N'Zoth's Black Empire.

Ebonhorn : Far be it from me to contradict the Dragonqueen. But I do believe that as I walked among them in mortal form, the Highmountain have benefited from my counsel.
Alexstrasza the Life-Binder : Perhaps. But be wary, lest you find yourselves following the path of “Victor Nefarius” and “Katrana Prestor”.
Ebonhorn : Never, Life-Binder. I swear it.

Except Wrathions character was always schemeing and plotting, he always felt active as a character.
Ebonhorn just feels like a passive character who gets dragged along by the story.

I find him much better because he was assisting Highmountain Chieftains for generations, he was also son of Deathwing, cured from corruption. He did help a lot as a guide, and as someone who acts , be it in the recruitment scenario, in Vol’Jin questline and such. He is first Black dragon who isn’t scheming d-bag, he is using Tauren tribal magic and he got himself integrated into their society but unlike Onyxia, he did it to help them not sabotage them.

I never liked Wrathion and didn’t understand what his purpose was to begin with. But the most aggrevating thing about him was that he was such a know-it-all despite being 1,5 year old (back in MoP).
It’s never explained why he is like that, nor how he got all this wealth.

As for quote, I don’t see anything “cucky” about it. Can you elaborate why do you take well mannered response as such?

He is the first boss of the new raid. I fully expect to just smash the corruption out of him and leave him healed. That’s really not an unusual thing in WoW…

I don’t think we kill him either. We will see his model only in the new patch, so why should they kill him immediately after the boss fight? Wranduin still didn’t happen!

smash the corruption out of him

Don’t worry.
It seems that even if he is indeed corrupted in the beginning, we appear to cure him during the fight.
Apparently he then participates in the fight against N’Zoth.

Might be so that he gets in over his head to perhaps protect us or someone, or he needs to get some vital information and gets up overwhelmed. I feel it might be leaning towards this rather than a cheap way of just them wanting us to fight Wrathion.

It is all about VISIONS. You might fight him in an other reality

I wonder what are the dragons doing?
Haven’t they lost all their powers?
Aren’t they only some sterile reptiles? Some of them are big, but that’s it.

They still have their knowledge ( like blue knowing all about magic) and their powers just dimished.

While Wrathion who literally caused two faction wars, AU Draenor and a Legion invasion and now wrote in his journal for us to find “whoops, sorry! I’ve changed my mind” is such a reliable guy…

Compared to competition he is quite reliable though

According to newest Wowhead info, Wrathion might not get corrupted.

Anduin will save him with his confession of love.