As a guide I see that the quest in Exile’s Reach where the player is prompted to /wave to Gor’groth seems to cause a lot of confusion for new players, and it may be worth looking into the wording of this quest and updating it to something more understandable for someone who might never have interacted with the slash-emote system.

It’s a good point. I’ve seen it before.

Maybe better submitted as an in-game Suggestion though; these forums aren’t monitored for suggestions.

I have mixed feelings about this one honestly. On one hand you gotta figure out how to use slash commands sooner or later, on the other hand I don’t really know how can you make it more newbie friendly.

Yes, I was hoping to find some in-game suggestions, but I was just redirected here, so assumed this was the place Blizz was monitoring.

I don’t think any guide thought they would spend a large proportion of their time explaining how to /wave.

The quest could definitely do with some better explanation on how a new player is meant to interact. Especially if they’ve not played any kind of game where you emote before.

In game suggestions are made in the same place as bug reports. It’s in the help menu in game under Support. There is no harm in a forum discussion though. Even if we’ve had it before. 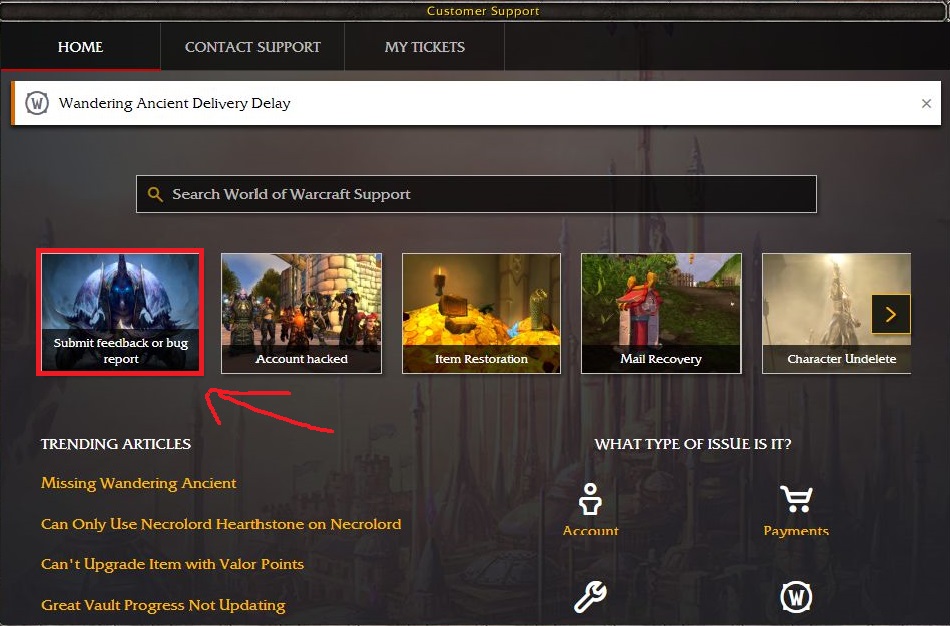 I’m always disappointed Blizzard didn’t use Exile’s Reach to teach players how to interrupt as well.

Thank you so much for that information! I can’t believe i just skimmed over those images without reading the text… just assumed the were graphics fluff!

This and the text channels seem to be the biggest confusions new players have, from what I’ve glanced at the chat occasionally. The emotes are kind of whatever, everyone learns to use those eventually anyway, and I’m not even sure how many quests apart from the tutorial island even have that as a part of the quest. I maybe think there’s like one I’ve personally done, and I’m not even sure on that one.

The text channels is a very important one though, and I don’t feel like its explained too well anywhere? Most new players don’t know the difference between text channels, like party vs instance or how to even access them properly (some just talk into the newcomer chat or via /s).

I’m always disappointed Blizzard didn’t use Exile’s Reach to teach players how to interrupt as well.

I thought they did to begin with. The first time I played through it, I’m sure I was prompted to interrupt something on the final boss fight, but that was gone the next time I went there.

As for the OP’s point about the /wave quest, I hadn’t thought how it could be confusing to totally new players. Maybe an instruction in the quest text to ‘target Gor’groth and type /wave’ would be enough.

That wording might make more sense to people. The current wording is “type /wave to Gor’groth” which seems to be interpreted in the more traditional “type/wave” as in “type or wave at Gor’groth”. I feel like the way you worded it made it a bit more clear, but maybe even “target Gor’groth and type “/wave”” to avoid the confusion of how a slash is typically used grammatically.

I remember when i was new (back in vanilla) i knew how to send a /tell but not how to join the channels. So I sent a tell to someone who talked there - thankfully they replied with a small how to chat in channels