I will briefly remind you WHY i (and anyone else) shouldn’t trust you at face value.
Let’s start with a bit of history and then summarize what this means for D2.

[Disclaimer: there will be also positive things to explain where the disappointment comes from and i will use my as well the ‘general vibe’ coming from other fans+media while comparing it with other publishers/titles for a bigger perspective (even if saying some of it breaks my heart)

First, there was Starcraft HD
It was a decent HD MOD. or rather HD SKIN. That’s it.

It was 100% just a skin job. Apparently, the balance is “holy” (aka given up on) despite even Pro’s and ProCommentators pointing out ancient flaws. The fact that balance was what saved the franchise (aka Broodwar!) doesn’t matter eh?
A mediocre job… but i suppose at least it worked?

Starcraft 1 is a strong game but it did not age well. At all. Sadly so.

Just try to compare it to Command and Conquer HD (by EA!? which made DK mobile!) … you can’t. SC eats dirt all day long.
Again! Sadly so!! I would have killed for that kind of TLC for SC.

Then we have Diablo Mobile, but we don’t talk about that…

Then there was Diablo III
It looked fine. The Cinematics were darn good.
Oh and it had massive LoginErrors, a REAL MONEY storefront (a little field test) and of course the classes and items and any skill/spell were absolutely meaningless. Dumbed down more so than any cookie clicker. (not kidding 'TapTitans2 had more depth! Not f kidding). oh and… pet drop rates were a joke. I tried it.

I played the witchdoctor and long story short:

Sigh.
I played D1 and was freaked out at times.
I played D2 over and over and had a blast!
I played D3 and just wanted for it to end… i struggled to even finish. It was a chore. There is nothing i ever want to see again. I get the cinematics and story on YT.

Now i throw Warcraft the movie under the bus.
People said for years that these cinematics should be a movie… and again: this was the ONE thing making D3 bearable for me. The Starcraft II broodwar story is one of the best (across several franchises!) [even if the protoss one was a bore. proppheheeccyyy jaja] … but we also had FrozenThrone! hrmm<3

My point is: YOU CAN tell good stories. You can make them look great.
And then this … i don’t even. It was horrible and i get why (without dubious china sales) you just managed to keep it a ‘success’ (for investors). 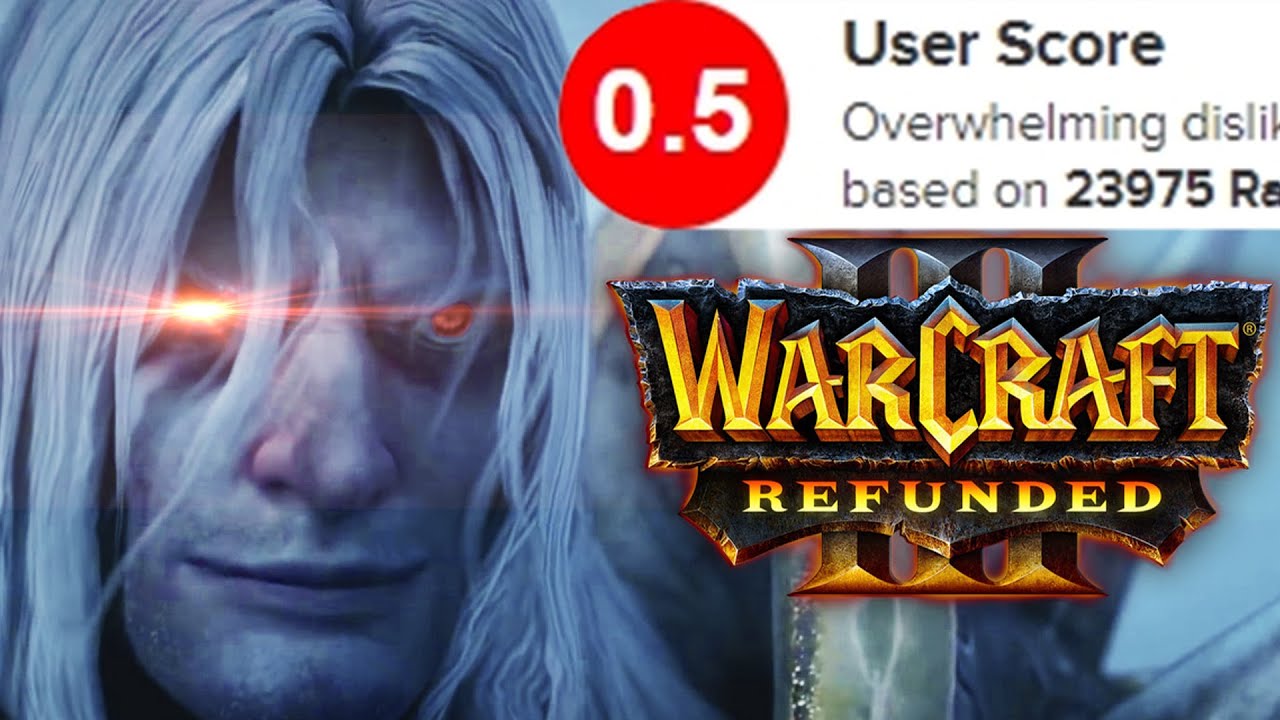 Blizzard itself said that ‘we had higher standards for them’… and yes, we did, but those didn’t come from thin air!
-D1+2 were exceptional
-SC1+2 are great
-Overwatch exists
-Apparently, some enjoy hearthstone?
And across those and other titles was always a polish so bright it blinded other studios! … (well, except Rockstar i suppose)

… but as of late the turnout was a deliberate MESS.
We ain’t stupid. We KNOW there is sooo much outsourcing, so much carelessness, so much ‘oh, but our arbitrary deadline’ … and whatnot of excuses, after which FANS like YOU and me… were gut-punched.

My D3 was a gift from by brother who thought i enjoy it!?
I didn’t even HAVE reforged… [luckily so! stood away from it after D3]

and STILL… i sit here shaking my head.

And NOW… Blizzard wants US, their fans they kicked around like Bethesda employee, to thrust THEM on another remake cause they said so!?

No way. I don’t trust this. I don’t want to hear anything from it. I won’t go near it with a stick. Others will, i am SURE of it. Good for them. But i watch this for a LONG TIME from AFAR… and only once the dust settled…

and it turns out to be a ‘CnC HD’ (and by god check out that love letter to the fans!! THATS the ONLY right way to make it! and i buy the next one right away!!) < have to stress it!

Still, i am very afraid of a lackluster remake, broken software, and implementation of D3 skills to which i can’t even connect 37

And quite frankly, that’s how everyone should do it, otherwise, you end up with games like (see above) which managed to drop harder than Fallout 76.

TLDR: one too many times Blizzard. EARN our loyalty. We know you can… IF you want.

ps. and F shareholders. How is it good for shareholders if everyone refunds and a shitstorm breaks out? Jesus… F… Christ… - how braindead is that approach!?

I know what you are saying.
But it seems to be different now.

But the difference now comes from the studio that will create the remaster. The last thing this studio remastered was Tony Hawks I & II and those remasters were great. Its not a disconnected little Studion somewhere in Asia, as they did with Wc3 Reforged.

The new Lezart games have ruined now the old ones have started. I wonder how they haven’t gone bankrupt already.

Considering I just got kicked out of a D3 game and then put in a damn queue to play a single player game… Yeah, cant see me bothering with D2 remaster either.

Your opinion, you’re entitled to it.
D2R looks good, they’re saying, its gonna be same engine, so its gonna feel the same. Theres simply no way they’re lying about this.
So it will def become ‘popular’, the question is how they will control hackers/botters/cheaters, because if its anything like their WoWclassic project, this game is already doomed.

Pre-Order the base version. Same as WC3-R. Happy to play the latest and sure for D2-R. Any Blizzard game, for my personal view… AMAZING, and to say thanks.