"Smurfs aren't a problem in Overwatch"

Hopped onto Overwatch for some games, my last 2 games had a 6 stack of bot accounts who are being de-ranked to bottom 500 to then be sold to smurfs, cheaters, etc.

This is a major problem and this season has been INSANELY bad for these bot accounts, especially these 6 in particular. Nobody can tell me that bot accounts and smurfs are not a problem in Overwatch, not after this season where I’ve played maybe 50 games, 10 of them have had these bot accounts… And sure it’s free SR… But that’s not helping the people in bottom 500 who are getting rolled constantly by smurfs who deliberately buy these accounts and stay at the lowest SR, or the occasional High Bronze/Low Silver smurfs accounts.

No one says they aren’t a problem.

Just that they are no where near as big of an issue as the forum criers claim.

As for these accounts… You need to do what the devs have asked, report them for throwing/deranking and they will deal with them.

The fact is, reporting them does nothing… These accounts have been up for weeks, with constant reports and nothing done.

If Blizzard really cared, they would do something more permanent than just banning accounts here and there. Temporary solutions don’t fix the problem, only withhold the inevitable. These accounts need to be squashed and actual action be taken to stop it at the source, or as close as they can muster. This not only ruins it for lower ranked players in bottom 500, but also in high Bronze as it just ruins the matchmaking for us. It’s free SR sure, but still it’s a problem.

smurfs are a direct consequence of matchmaking and ranks. 50% win chance is not everybodys cup of tea, a mechanism that constrains an order upon a player base is doomed to be gamed since it gives unruly individuals an edge over unlimited pool of easy victims, once you found a way to cheat it to your advantage.

Agree. More could be done, but I am not sure the investment of dollars and man hours would be added value.

The “smurf” problem isn’t that big.

Sadly, players in low bronze ruin a lot more of their own games, but are completely oblivious to it.

You just don’t see that many of them. Barely 2/3 a season.

Claiming smurfs are a big problem is just spreading misinformation and contributing the biggest problem OW has:
Blame deflection and lack of responsibility.

Everyone plays the same game, if you are not climbing, its not the smurfs mate. Its just a logical conclussion so yeah, look at your own plays and strive to get better.

I never said Smurf were ruining MY games… I said they ruin games of lower tier players, bottom 500 and the like. I myself see maybe 1 smurf every 20 games, but they are there.

And they are a big problem, they ruin the matchmaking for multiple people, Bronze is not how it was 5 years ago, the players have evolved and gotten 100x better, sure they aren’t incredible otherwise they would be able to climb out, but they are better. But a whole team focusing a smurf who really knows what they are doing AND who is also getting pocketed, isn’t going to do anything.

I’ve had games where we’ve had a full team countering a smurf and focusing them hard, but they just haven’t died or were able to escape. Smurfs are a big issue, especially now when the game is low on players and matchmaking, especially for me in my region, I get put with the same people or a mixture of the same people almost every match.

People can always climb and get better, they can look at their own plays and whatnot, but if a smurf really wants to win and had the resources (as in a pocket) they will 90% of the time dominate, because they have that experience of being in a higher rank and they know how to play to stay alive and succeed where the low tier bronze players don’t.

It’s like putting a 5 Bronze players with a GM player, that GM player is going to easily carry and do ALOT more than the Bronze players, because they have been at that high level to know where to play, how to play, when to engage and when to get out.

It may not be a big issue at times, and you may only see them here and there. But when you do see them, they ruin your games because you constantly get matched with them and they always dominate meaning you lose SR because you’re getting destroyed. And you can say “Oh but they’ll just climb higher” not if they’re intentionally soft throwing games, because what bottom 500 Bronze player is going to know what a soft throw is, you can throw without it looking like you’re doing nothing and look like you’re helping the team when in actual fact you’re not.

And they are a big problem

Again dude, they arent. Devs said this, even all “experiments” also agree. 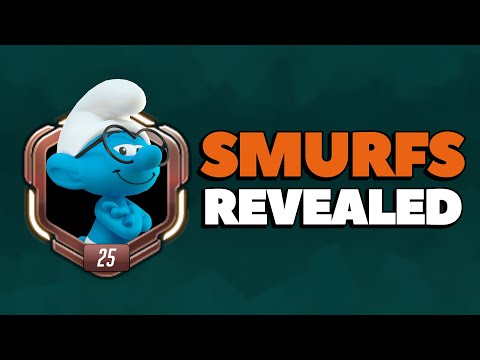 Sadly the problem with some people is that because something can exist it must exist.

Some physiologists figured out you need 4 good experiences to outweigh 1 bad one. Which explains why 1 bad match, suddenly becomes “all my games are terrible”.

Well, there are not enough human players, that’s why they place bots with ppl.

If you believe either of those things… you’ve gone a bit loopy.

1v1d a guy that got literal top 500 rank on some season (dont remember the exact one) as widowmaker and won as a bronze player, it really hurts to be stuck there as people really make fun of you.