Zereth Mortis. Wanted to get some additional flux and rep, but God the zone is tedious. I enjoy its visuals but everything else is BAD.

Just did a +13… 91 deaths, deadly failure dmg, tons of aoe to dodge… my armor broke about twice. Curator and the final boss in particular was a pain, same goes for the felguard on the checkered stuff at the start (the one with random charge and cleave and 2ft free space, you know who I’m talking about).

At the end, I didn’t even get a single point of rating.

Gonna get my rating from it, and never look at the legion version ever again.

Only upside was the perseverance of the teammates. None of them even thought about leaving, we figured the mechs out by ourselves. And the fact I got another ring at the end. Whew…

My reason to frown today? that they only grant TL3 to pro clowns.

Repeat after me: at least it is not Korthia!

I thankfully skipped that for the most part

Must… not… strangle… the lucky son of a troll…

You are lucky… Korthia and the Maw (skipped that too?) was and still is horrible

Yeah mostly skipped that too ^^ … but that’s me and WoW, when it gets too grindy I just uninstall and go play/do something else.

On my main TBC server, about half (or more) of the people have disappeared.
Guilds are disbanded, people from friends list all gone.

The day is still beautiful, but also sad

I mean, it’s justified, but

This week WB is not fated?
edit: never mind, me stupid. The one in Korthia is fated, and i was looking at Bastion one.

Aye its Mor’geth this week

Griefers in Solo Shuffle leaving one round before the end because they lost most matches, and you don’t get full honor at the end.

This is not entirely true
For example, the 226 ZM green gear was more than enough for the whole compagain
Yes, certain classes couldn’t solo tougher or tricky rares, but they are not solo content anyway
And this was basically true for the whole SL expansion 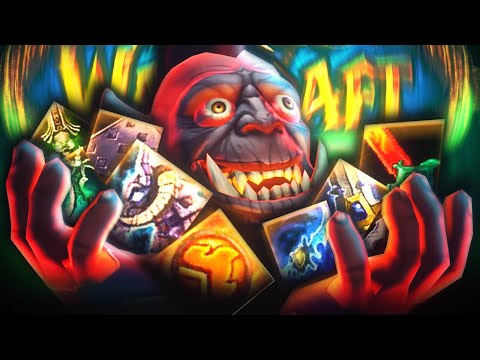 i actually did that going down achievement in that exact place completely by accident.

Think I first got that achievement on my draeni while doing the Furlbog totem quest on Azuremyst (really lovely quest not just for shamans) you get to become ghostly animals and birds.

Rejection city when it comes to keys again

Welcome to join me in my suicide junkyard 10 tonight, Puny