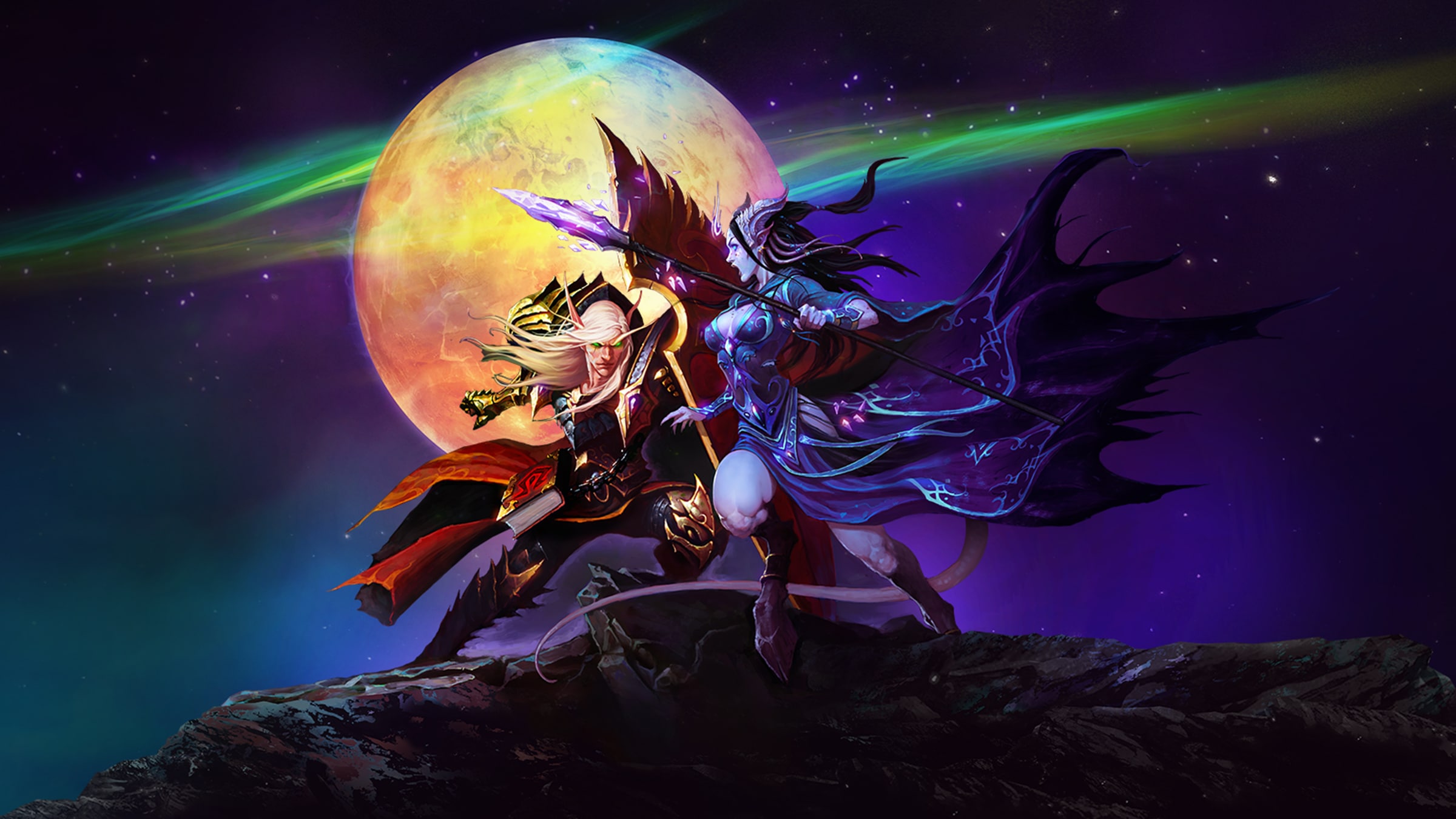 Gather your staunchest allies. It’s time to step beyond the Dark Portal and into the shattered realm of Outland.

WoW: wrap of the lizard king and WoW: Misty pandiarrhea are my favourite expenzians

Bit of a shame the prepatch was reduced to two weeks as opposed to the promised “longer than the original pre-patch” though.

Especially because this pre-patch allows people to level up draenei and belf, and 2 weeks is a bit of a push to get a char to 60 unless you have time to literally sit and play WoW for multiple hours every day.

We both know than TBC got rushed to hit Ashes of Creation Alpha test and ESO Blackwood, that is why AoC “runned out” and delayed their Alpha test.

We both than TBC got rushed to hit Ashes of Creation Alpha test and ESO Blackwood, that is why AoC “runned out” and delayed their Alpha test.

Agree I suspect that had something to do with them quite literally breaking their promise of a “longer pre-patch” which sucks because the players are pretty much consistent on their desire to have a prepatch of at least 4 weeks so they can actually level chars and gear them up a bit.

Take a deep breath. If you smell bad then you must go horde.

Halitosis be one of my feminine traits…

Shaman are not necessarily complex in TBC classic at all.

Their core play is actually pretty simple, much simpler than their SL incarnations (particularly on DPS side)
Resto is a different kind of complex. The healing toolkit is much smaller in TBC but you have stuff like 5SR to take into account so the healing style is more complex in a general sense (in that you need to think when to cast as mana) but these eases up as you get MP5 gear (which shaman get a lot of on their resto gear) and as a healer they use spirit the least of all healing classes.

The thing is Shaman CAN have a high skill ceiling if you want, because you have every totem, and can cast every spell outside of talents, which means you can offheal, you can swap to a certain cleanse totem, block a spell, swap to buff and “totem twist” to keep two buffs up from the same element if you know how.

But you can easily get away playing shaman much more simply but just dumping 1 of your main support totems and then just casting your basic kit spells.

Ele is similar to SL but there is no maelstrom, but the priority of Lava Burst > LB and ensuring flame shock remains the same. CL is not a strictly AOE spell as it has a cd and hits harder than LB. Your aoe involves use of your aoe totems (Fire Nova/Magma)
Enh is way way way way simpler than SL. No resource bar mana to manage which is hard to chew through outside of spamming earth shock. You have far less melee tools to use. Again aoe is largely exactly the same as ele with the totems and using CL when you can, otherwise just melee. Enh’s damage in older WoW was largely borne of windfury’s obscene damage potential rather then them having a lot of melee buttons to press. I can’t even recall if they had lava lash in TBC? I think it was just Stormstrike (which had like a 20 sec cooldown if I remember the TBC change correctly)

In the span of 5 days I feel like i’ve seen two dozen of these TBC threads.

What time is the pre-patch? Don’t have my laptop so can’t even check the maintenance schedule from the client (if it’s out yet)

how about you play the game and don’t boost anything?

Ahhhhh I still don’t know if I want to go Horde or Alliance. Horde is my preference but all the classic PvE servers have a much healthier Alliance population.

This is why my friends are making me go Alliance, unless you go German there is no Horde based PvE realm.

I remember back in the day pretty much all the PvE servers were Alliance dominated. People are saying there’ll be a big swing to Horde because of people rerolling for the racials but I can’t imagine it’ll be enough to tip the balance on most servers.

There is no Lava Burst in TBC that is WOTLK

Begin your preparations to go beyond the Dark Portal.

June 2. It’s basically a June 2 launch. In Americas you’d be able to log in few hours before midnight, but that’s always been standard for Blizzard’s launch dates. I wonder why Blizzard didn’t learn on their mistakes during Warcraft 3 Reforged, when people took vacation only to figure out that the launch is 24 hours later than usually.