Main issue with Nightborne is that the NPC has better body graphics while the playable one looks very bad.

I like the Azshara skin color idea. It’s something that even Night elves don’t have, so it would be a nice addition to the Nightborne.

pretty please look at the eyes

@Nise_Loftsteinn Personally, I end up getting some weird errors with the import/export process. I'd love to make something with nightborne. And even if I did get the errors resolved, it would still have to replace pre-existing hairstles. :( ((Reposted to throw in my old lightforged too tho😳))
4 Likes
Nightevo-draenor April 7, 2021, 9:49am #473

I swear the last screen with Nightelf eyebrows and wavy hairstyle is lit, I even forgot that it is a playable model

Great artwork! I wish male NB were getting some more attention, though. I hardly see any suggested improvements for them

I swear the last screen with Nightelf eyebrows and wavy hairstyle is lit, I even forgot that it is a playable model

The curly hairstyle looks like the one I’m wearing now lol. But I don’t mind sharing. Come to any Void elf barber and I will cut your hair like this

Ayy yes, its your hair but white hair, and Nightelf eyebrows.

this is an opportunity that i should not a-void!

credits to lunaera for sending me this :

"Honour, never forsake it. Not even against the worst Demons can offer." Finslly done the casual attire for my #Warcraft OC Velravyn! Fully rigged in Blender, this #Nightborne Blademaster is ready to fight for the Horde! Now to get some armour on her... https://t.co/JoIkacEE7t

the theme of it is just perfect

as warrior nightborne main… I NEED IT!!
this hairstyle would fit my warrior so well
if stuff like this will be added in the future i would die from happiness

my nightborne warrior, which is loyal to saurfang and the horde is now wet dreaming about the theme in that twitter video xD

honestly day by day i feel like they should add community workshop to the customization stuff, the highest rating and popular artworks would make it to the game
valve did it with TF2 and it worked for them, honestly kind of win-win situation

March of the Shal'dorei General Discussion

posted on behalf of Nightborne-rights activist Lunaera Citizens of the Suramar, we have been quiet for the past 10,000 years, it is time we reclaim our rightful place in the Azeroth back. It is our time to raise our voices, once again! Stop hiding, stop being accepted as a minority. Stand up for your Rights! ** Ru shanna Shal’dorei ** Dear forumers, and Nightborne players, on 10/04/2021 at 7pm ST we will be holding a protest parade in Orgimmar to get the attention of the developers to f…

We really need some type of this blademaster nightborne in game, it would fit the horde theme aswell

If Blizzard wanted, this is something doable, by https://twitter.com/regalgorgon 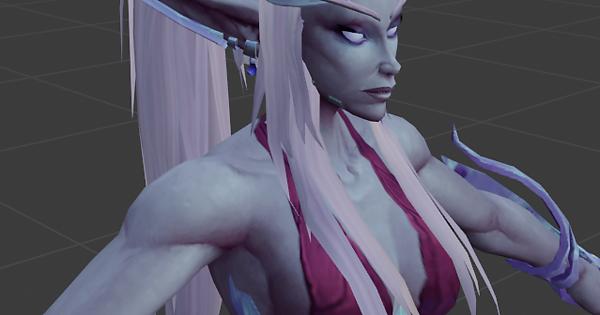 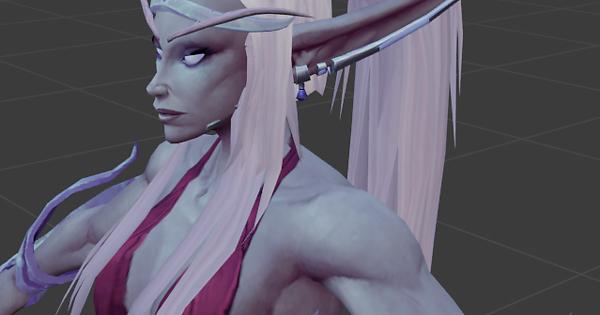 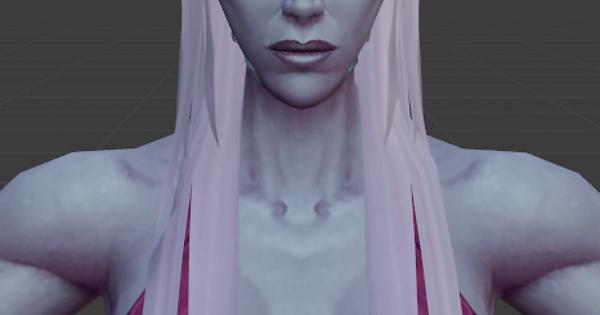 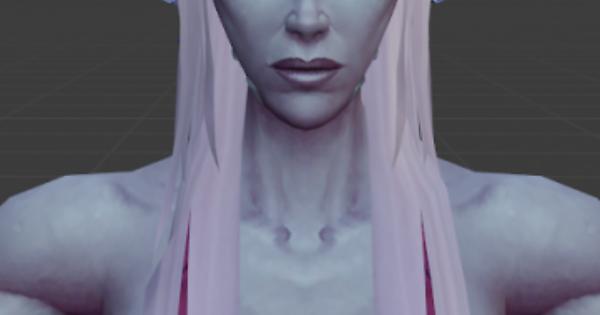 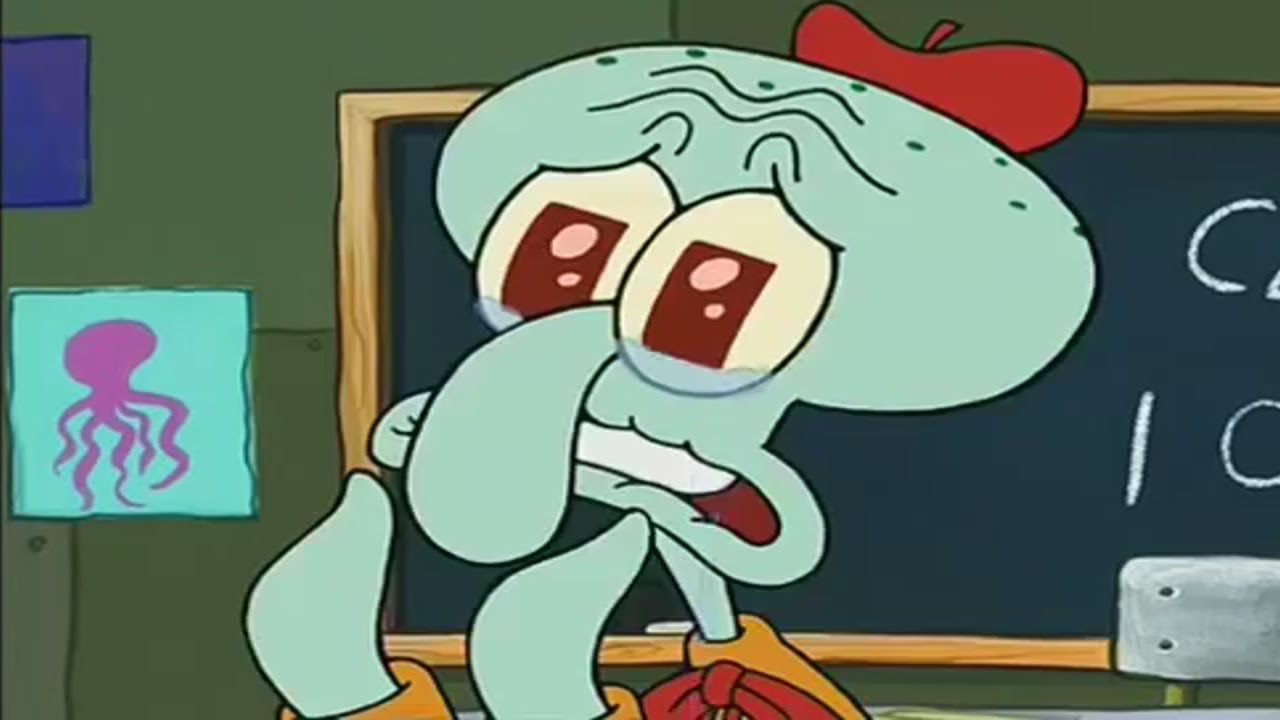 Aside from giving NB new faces, hairs, etc. I think they should be adding some entirely new categories of options so we can actually aproximate the NPC aesthetic.

For instance what would it take to go from the horrible image on the right to the image on the left? (Sorry, the idiotic forum policy isn’t letting me link the images properly, so links have been spaced between “htt” and “ps”)

Well first, much of the NB aesthetic shows a lot of skin. Yes, we can hide our chest pieces to have a go at this, but that’s not a solution on its own. The image on the left has an assortment of metal decorations that we cannot replicate. As such, I would suggest a “body jewelry” option so we can add these metal things to our chars. They should disappear when wearing a chest piece, similar to how hair disappears when wearing most helmets. I would also add a color option so we can have gold and silver versions. It’s probably less in the realm of possibility, but similar options for the shoulders, wrists, and ankles would be nice.

Next is the head, which is also heavily decorated: there’s the floating crown and the metal beard. I think both of these should be seperate options: “headwear” and “beard”, both with gold and silver color toggles. The ear sheaths we already have should also receive a gold/silver toggle.

Last regarding the image above: we should get some additional heritage armor versions, similar to what the blood elves got. The pants should also be available as a kilt. That way we can hide our chest (as decribed above), but still have the lower half of the robe. Especially on males the shoulders should be less clunky (this actually goes for all shoulders on the male model). It takes away from the slim aesthetic that usually defines the NB.

While I have already argued for more faces in general, I do believe the males got the absolute worst deal: they look like they’ve just been released from the geriatric ward of a Suramar hospital. They’re old, wrinkly, permanently scowling, and just plain -ugly-. Please, please, PLEASE make some younger face options. This is perfectly feasible while sticking to the NB aesthetic: just go for somewhat angular, but smooth faces. Also not every male needs a hook nose as if they’re a blue, Suramari Snape. Here are some artworks that should show you what I am talking about:

The problem with the Nightborne male faces is that they are not the same as the NPC.

I mean, female Nightborne for example, look identical to NPC, with an exception of the Slanted eyes.

However, the males, have a round face, meanwhile, the NPC have more sharp and narrow faces.