MMOs for Roleplayers - which are left besides WoW?

Yeah! The only thing stopping me is that damn download time on UK internet. :'D Painful.

Though one thing I noticed- and I don’t know if it’s just me. ESO Rp seems- Slower? The pace between emotes / says, slower. From what I gathered when I was there, people are much more afraid to make grammatical mistakes and not make paragraphs of emotes, than they are on WoW, when things, bar events, are usually quite fast paced.

The only thing stopping me is that damn download time

I think you’re right on this - I definitely needed to adjust to the relative ‘speed’ of it in Wow RP when I got back into it!

Also DM’ing without raid markers and an IG roll system, weirds me out to no end. I did however learn, people on ESO struggle with- Taking things at less face value. Than WoW players. Due to player housing, more customisation. They seem to struggle with say DM’ed events, describing things that aren’t physically there. Chars heights being different than the model, ect.

Which I find interesting! I learnt to RP with WoW / DnD, where vision is always going to be limited, so imagination is the key. But many who learnt to RP with ESO, instead use IG tools to make what they imagine. It’s curious how diff RP worlds kinda- differ and interact.

It’s worth mentioning that the NA servers (naturally) has a sizable EU community as well, and a lot of people that play in EST run their events and stuff in EU-friendly hours

Good to know, thanks. It’s my biggest problem.

I am glad this thread exists seeing as with the recent Elune revelation, all night elf players will be looking for another MMO to play

Here’s the Discord for the Chaos RP comminity: https://discord.gg/DFK9mU63


ESO: find a group of players, have fun

WoW: snowstorms are more welcome than this company nowadays.

New World: nobody knows what to expect.

SWTOR: it was great while it lasted, people say.

Any non-subscription based MMOs worth mentioning?

How do people feel about NA WoW-RP servers?

yep that sums it up

How do people feel about NA WoW-RP servers?

I moved to NA servers on EU for a while, due to working nights, ect. However, the culture is -so- extremely different. I cannot stress enough how different and polar WoW-RP is between EU and NA.

They’ve a completely different way of doing things, acting and such. One important note, is say IC conflict is genuinely quite feared. People who say RP trolls who don’t like non-trolls, are often assumed to be racist IRL and such. If people don’t have LGBT friendly in their trp, people quite often are very cautious of them. Due to the -… Intensive political nature of NA, IRL. It’s taken heavily into RP culture.

This has lead to kinda a very- Extremely everyone must be quite friendly to eachother no matter the outcome, kind of RP atmosphere. And critics of lore, ect, are not welcome. - An EG is a San’lyn chilling in Orgrimmar wouldn’t be questioned there. Headcannon is just the way of life there, not only on Moonguard but Wyrmrest.

Another note is with ERP. They’re very open about it. - Which is why you’ll see most TRP’s there, listing their IRL age. It wasn’t for me and I joined a guild and discussed with them EU’s way of RP, standards ect. And they all seemed quite frankly- Shocked. Thinking we’re some Elitist demon for not promoting headcannons above lore, guilds banning ERP, ect.

So quite frankly, if someone goes to RP on NA. They can’t just expect an American version of what Argent Dawn is. It’s a completely different culture, both IC and OOC. It was personally not a culture I enjoyed there, I felt there were little rules when it came to IC, and a thousand rules when it came to OOC. And it just wasn’t an environment that was personally to me. But if anyone from EU goes there and kinda preaches our way of RP, I doubt it will go very well.

As a side note, from what I’ve seen as well. Moonguard is Alliance based, Wyrmrest is Horde based. Apparently Wyrmrest used to be strict on lore, but that is no longer the case, and they’re simply nowadays just a Horde version of Moonguard.

To play devil’s advocate: given the sorry state of official lore these days, and the incompetence of those writing it, can you blame people for not wanting to feel bound to it? These players seem to be taking it too far, though.

can you blame people for not wanting to feel bound to it?

a wise man by name of ortellus has said: the canon is for pve paypigs that just want hollow intrigue and shiny stuff

the real gamer move is to just go wild as RPers. While our US counterparts are a bit insane, they’ve got the right spirit

In a hollow cave in Eversong Woods, the man also known on the tactical discord network for being strangely upfront in his intentions…

In a hollow cave in Eversong Woods, the man also known on the tactical discord network for being strangely upfront in his intentions…

[Pictured: Master Ashforge riding the final and largest tactical manabomb acquired through illicit Farstrider connections. The bomb dubbed in Silvermoon as the M.O.A.B (Minn’da Of All Bombs) was ridden by the jubilant Blood Knight as it falls on the dregs of Ortellus’ hopes and dreams. Year 33.] 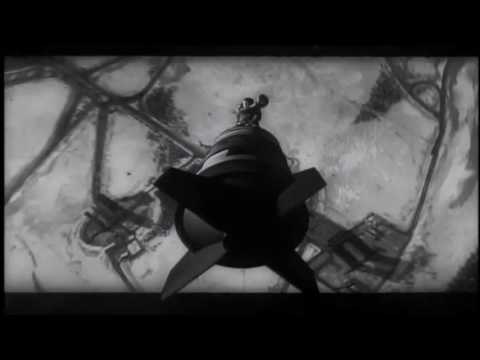 Because I am honestly at a loss.

Because I am honestly at a loss.

From what I gathered in this thread still WoW pretty much.

A shame how it’s own developers keep undermining this game’s enormous potential though.

I myself have been tempted by Final Fantasy, but the fact that all the playable races looks like characterless humans in carnival costumes has kind of kept me from making the plunge, and as random walk up RP and big server wide events with a main focus on social RP as far as I understood from this thread seems to not really be a thing in that game and it’s a pretty big thing to me I think I might just stick to WoW and hope that the RP community here keeps having enough people to sustain proper RP for a foreseeable future, despite Blizzard seemingly being pretty determent to proceed shooting their own feet at a pretty consistent frequent rate.

Yeah, but the elves have little ear pockets in their hoods rather than cutting holes in them like Azerothian savages.

I always have had a wild dream about some day RP’ing an anime human that had a hood with pockets for it’s unusually pointy ears.

Bladewing currently accepts all downtrodden RPers in ESO, to get into the game, level, and socialise in a game that doesn’t require you to pay for it on a monthly basis.