I wish Blizzard would give ETA when to excepted to release fresh servers. Hopefully we have some extra time before pre patch is lauching. What are your thoughts?

Also have a nice day who ever reads this

With the launch of the Wrath of the Lich King Classic pre-patch, we intend to open “Fresh Start” realms for players who wish to experience starting a new character and playing alongside a new community of others.

With the pre-patch is what they say.

Oh, i guess i need to learn to read. Ty for reply. Then i hope we get pre patch soon.

My guess is August 10, together with realm “consolidation”.

Dunno, waiting now feels so stupid, specially when they said there’s gonna be a 50% boost its demotivating to even exp alts now. They should just turn this and prepatch as soon as possible

First they have to start the bonus experience and slightly after that Fresh hits. If they enable it mid/late August then somewhere September will be prepatch and fresh.

The buff has an expected duration of 6-8 weeks and should hit a few weeks before pre-patch and last until lauch.

So launch late September sounds plausible to me.

Not that I like it, but that’s my best guess.

They said they will implement it in the “coming weeks”, not enable it.

I think the pre-patch is two weeks after the consolidation. That give two weeks for the buff.

Some more advice is move your characters before the deadline or they get moved to an empty or low population realm.

According to the dictionary “implement” means “put into effect”. If it means something else in WoW I’d like an explanation of what, please.

Implementing a feature does not imply it becomes active at the same time. It can but it doesn’t have to.

It also a practice in software development to release a feature but enable it gradually under a feature flag. 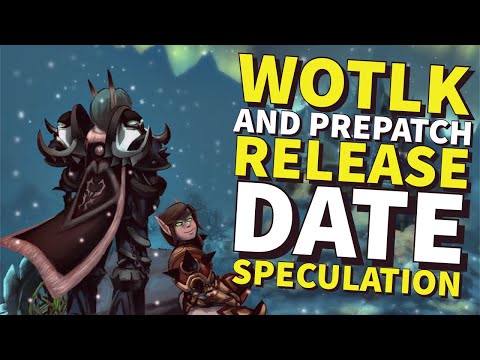 EDIT - Tupos andmissingspaces!
And I want a new keyboard, this one’s speeling is atrocious, and the space bar worn out.

This topic was automatically closed 60 days after the last reply. New replies are no longer allowed.