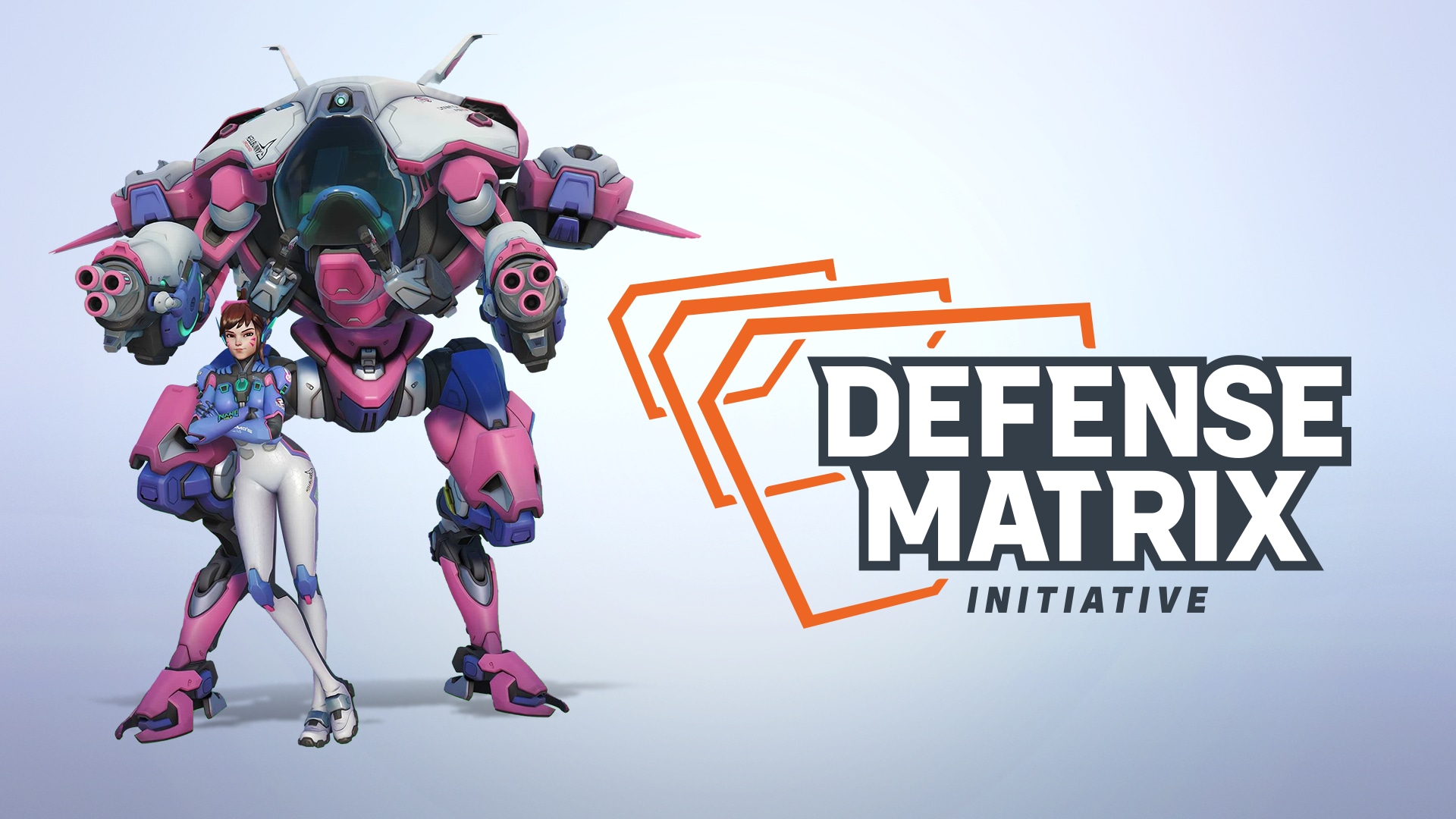 Defense Matrix encompasses our infrastructure of systems designed to help protect the integrity of gameplay and promote positive behavior in Overwatch 2.

I love that you take serious steps to catch cheaters. But you have completely failed to combat the bots that has occured in low lvl deathmatch for many years now. These are bots that are being leveled to 25 and then sold to smurfs to be used in competitive play.

I and others have reported hundreds of these bots, and almost never have we received a message that they have been banned. But you know what? That time when world of warcraft had a massive bot problem and you started to mass ban accounts, guess what, at that same time, i got dozens of messages that people i had reported had been banned, inside overwatch, months after i DID report them. Guess Overwatch was never the priority, had to affect world of warcraft to be considered important.

I love new changes into Overwatch 2!I see Overwatch team really worked on Overwatch 2 so evrything can be fair.

I felt like it will be a really boring and fun-limiting function to have to unlock heroes and game modes and that it’s just another way to monetize. I like how overwatch 1 gives access to everything and the only monetization is when you buy the game and then cosmetics. But I have to apologize and say that these changes are reasonable and could actually be really good additions IF it takes only around 100 5-15 minute games to unlock everything.

But you have completely failed to combat the bots that has occured in low lvl deathmatch for many years now. These are bots that are being leveled to 25 and then sold to smurfs to be used in competitive play.

If you read it, they definitely have this covered.

You need to WIN 50 quick play matches to play ranked.

It will be (almost) impossible to bot level accounts to get to play ranked.

But I have to apologize and say that these changes are reasonable and could actually be really good additions IF it takes only around 100 5-15 minute games to unlock everything.

This is only for totally new players though.

And even then, if it was a friend of yours, just stack with them and it takes them out of the FTUE system during those games. And even then, many people have said OW is quite an overwhelming experience for totally new players, this will allow them to make progress and learn new maps heroes and modes over a period of time.

These cheaters always finds new ways. And the fix for ow1 or at least making it very much more difficult was to simply make it so that turrets don’t affect AFK counter. Almost all bots used Torbjorn and Symmetra.

If you didn’t hit anything in a few minutes you would lose all XP and eventually be kicked. So the fix was so easy, so insanely easy to implement, yet they didn’t. For years on years.

100% someone will eventually write a script to level 5 accounts that can actually win games from time to time. But right now, it would be near impossible. Remember, you have to actually win games to get to ranked. Bots right now can’t win games, unless they somehow come up against other bots.

That kind of fix sounds great on paper, but would also just punish players with very bad aim, and that would be unfair. So you couldn’t have a sweeping punishment system like that.

The reality is that smurfing and toxic players in f2p games are the biggest issue those games face. The fact that they can just make a new account like nothing happen and ruin peoples games. In league i knew people from my internet café that keep buying accounts because they getting banned, the most extreme that i have seen was when one person had gone through 30 accounts. And even worse in games with voice chat. Limiting the ways is key to keeping things under control.

Now being someone that lived in Greece, everyone has a pre-paid plan only businessmen really have plans (because of how expensive it is compared to prepaid (prepaid maybe you spend 10~20 euros, plan is 60+)
Atm I moved to Australia, which is WAY different situation with how much easier it is to just get into a plan and be able to afford it.

Blizzard being a company based in US this is something that they can easily miss. I hope they get this situation under control on certain countries that having a phone plan, is just not an option.

Other games request Kernel access to your system for some anti-cheat that may not even work, by all means this is definitely a better way.

The reality is that smurfing and toxic players in f2p games are the biggest issue those games face.

I’ve never played a F2P game where smurfing was an actual issue.

I agree. At what point does matchmaking become completely pointless when smurfing exists on such a large scale?

And people who think smurfing is ok should be ok with dropping random Bronze players into top 500.

No one thinks it’s ok.

What also isn’t ok is accusing every alt account of being a smurf. Smurfing isn’t “large scale” but the changes in OW2 will make it significantly harder.

Also, matchmaking has never been an issue, people just need something to blame.

matchmaking has never been an issue

How would smurfing not be an issue for matchmaking?

It’s clearly one of the motivations for phone number verification too.

How would smurfing not be an issue for matchmaking?

Now you’re reaching to make a connection. They aren’t linked.

Smurfing is, and always will be a small issue all online multiplayer games have to deal with.

The phone verification is a good idea because it limits the small number of actual smurf accounts whilst still allowing people to have alt accounts. It also acts as a small placebo making the people who complain think something is being done. It also gives everyone much greater security around their account.

Now you’re reaching to make a connection. They aren’t linked.

If smurfs exist it’s an issue for matchmaking by the definition of them being a smurf.

Smurfing is definitely an issue, in the last few days the amount of smurfs I have encountered in my games was obscene and they act really arrogant and when you call them out they literally say something like “sad cuz bad” or “hardstuck”. I do believe needing phone verification is an attempt to try to decrease the numbers, whether or not it will remains to be seen.

Hopefully this extra line of entry should stomp out some of it however, I am also aware of the fact that this has also locked some players out of the game for whatever their own reasons may be whether it’s they do not want to or can’t. If you told me 6 years ago that id need a phone verification to play a game a paid for I would find you amusing but now it’s a requirement and yes the game is f2p now but what about those who paid who now can’t play the game? But I also understand that this is in place to make the game more inviting and a much for fun experience without the constant fear of a doom or hog Smurf

That’s usually more to do with stacks and the subconscious need for people to impress friends so they act up.

Highly doubt they were smurfing. Just trolling the guy in game thats getting rolled and crying about it.