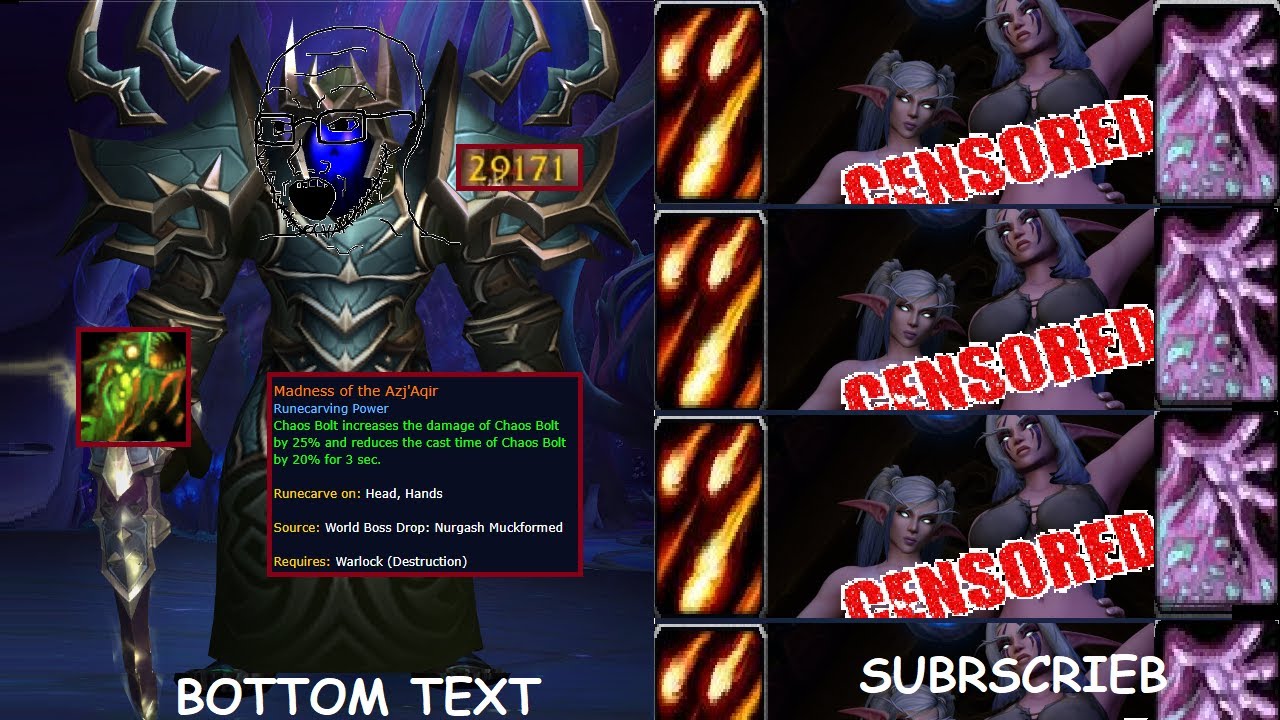 Damn, this gives me hope on my Destro alt tho i went with the wrong legendary it seems haha.

This is just too funny for me, thanks mate!

Please delete this thread before the devs see it and nerf us.
all of us destro locks are hiding atm.

There is nothing to nerf. These are low CR and he has insane gear for that rating range. You won’t see these big numbers in his own bracket in 3v3.

At least that’s what i think. I have the same legendary but with DS up I can’t see these numbers. I dont have the orc racial obv. but doubt it makes such a big difference.

You should see the deleted clips where things went wrong

HAHAHAHA dude, that made me LOL for real

Do you agree with some people that say as stats go up we are gonna scale strongly? (Destruction)

Reddit is fillled with people with this belief, which is imo an indicator of their lack of knowledge on Dest Locks.

The reason we were strong in BfA was because we had Flashback for insane amounts of haste, Demon Armor (pre-nerf) and Entrenched in Flames.

Now though, we are never going to have such high amounts of haste, Demon Armor is nerfed, our root is gone and compared to BfA meta is WAY more burstier. Meaning our already easy to kill Locks are even more easy to kill. (Which is ironic. Supposed to be tanky caster Warlocks are less tankier than Ele, SP and Mages kekw)

Destruction does not scale as well with gear as demo and affli, they gain more from haste than destru, all tho it does scale better than demono with versatility, but compared to other specs I think destro is pretty middle of pack when it comes to gear scaling.

hhahahaha best thing I saw in some time. Keep them coming and do some random bgs

btw numbers seem low, I got crapped on by 30k+ bolts already

What about mastery? I am planning to use this legendary mostly for battlegrounds, will it be benefit trading versa to mastery? or extra 40% from double trinckets still wins?

Mastery seems to be pretty poop compared to versa