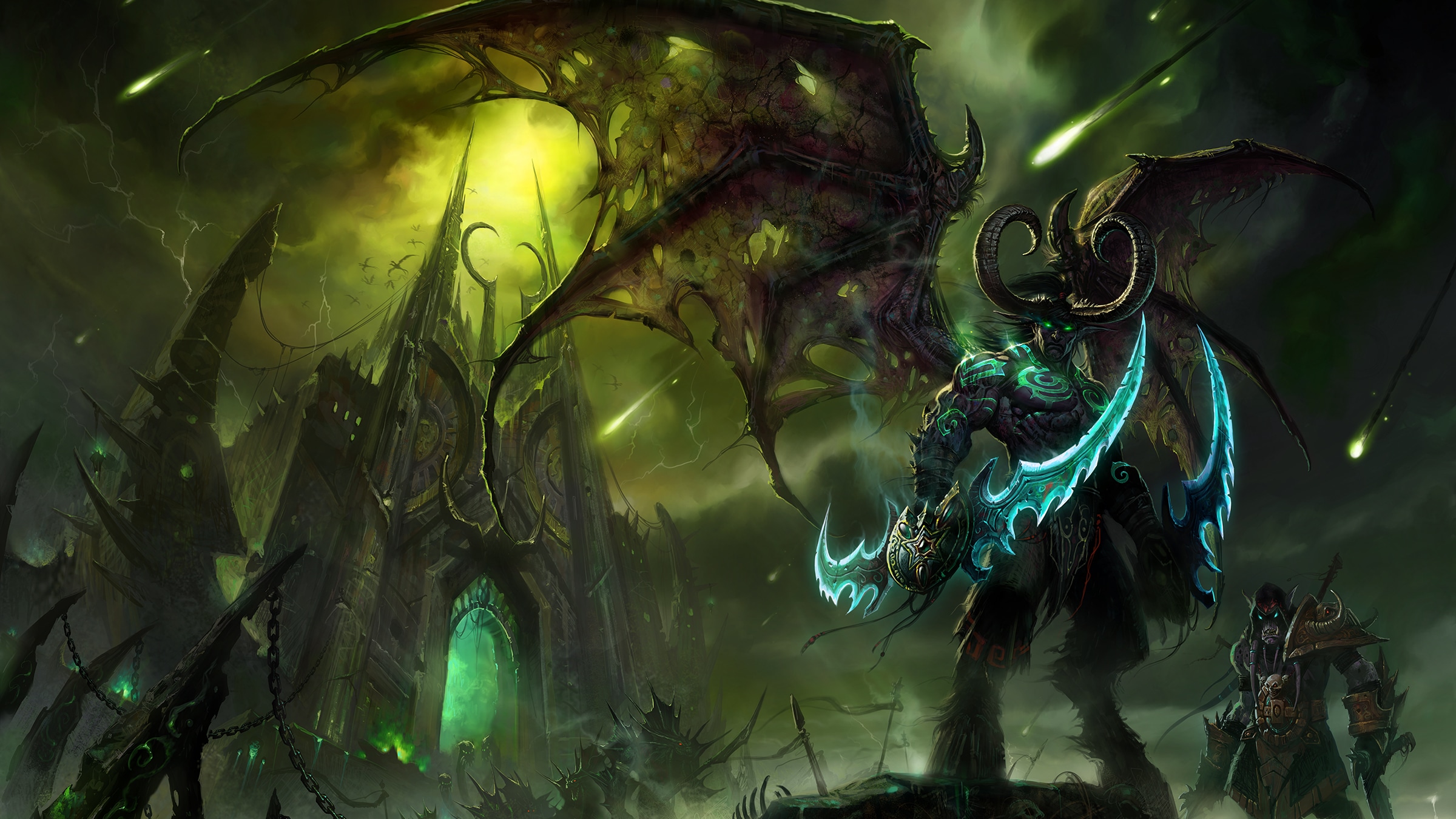 Prepare to re-enter the Dark Portal by brushing up on the major events of the Warcraft story that led to Azeroth’s armies step foot (or hoof!) into Outland.

Repeat from all other characters

Thanks for refreshing my memory, sitting on the can longer than I thought tho.

Not ready yet can you delay?

Give more honor! Its trash at the moment

Why are we fighting Illidan? He doesnt look like a threat to us.

Prepare for massive lagg !!! you mean…

Why are we fighting Illidan? He doesnt look like a threat to us.

It’s a precaution. We’re going to put him into storage just in case we need a fel infused nelf to combat an invasion of the burning legion summoned by an orc warlock from an alternate timeline.

Seems unlikely, I know, but you can never be too prepared and currently we’re not.

More seriously, it seems like the lawful evil alliance are focused on justice for a convicted criminal at the expense of seeing the bigger picture. The noble forsaken are there to claim illlidan’s powerful weapons for ourselves in preparation for a strike against arthus (did you think we had forgotten?). The rest of the Horde? Who knows. Thrall has always been an alliance lapdog.

The Story So Far: Epic Fail.

I like the extreme shortcuts used in the article.

Game of Thrones - The Story So Far: Politics happened, some princess got dragons and used them to gain advantage in politics, and some blue-eyed dead started to walk and threaten the Wall.