In addition to the class changes that are part of the 10.0.5 patch, during scheduled weekly maintenance on 25 January, we will make a number of tuning adjustments to specializations based on their performance in Raid and M+ content. It’s our intent that these changes help make these specializations viable options for raid and dungeon content.

In addition to the above notes and the 10.0.5 patch, during scheduled weekly maintenance on 25 January, we will make a number of tuning adjustments to specializations based on their performance in PvP. It’s our intent that these changes help adjust outliers to have a better and more fun gameplay experience in PvP.

What about ww’s st once again being omega dog?

Where did the holy priest tunings go?

no assa pvp adjustments
are you high

Really no DK buffs for frost ? Breath build is absoulty trash and feela terrible too play and does no DPS. DK dps is one of the least played classes in m+ and you dont get invited too high keys.

Will not change anything. You killed m+ already with the +20 vault, capped valor and the difficulty. So nice try.

And the phoenix shall be revived from the ashes, now that it has been recognised as dead. To revive it, you will need more than a 5% flat damage increase though xd

Where did the holy priest tunings go?

The lord operates in mysterious ways! 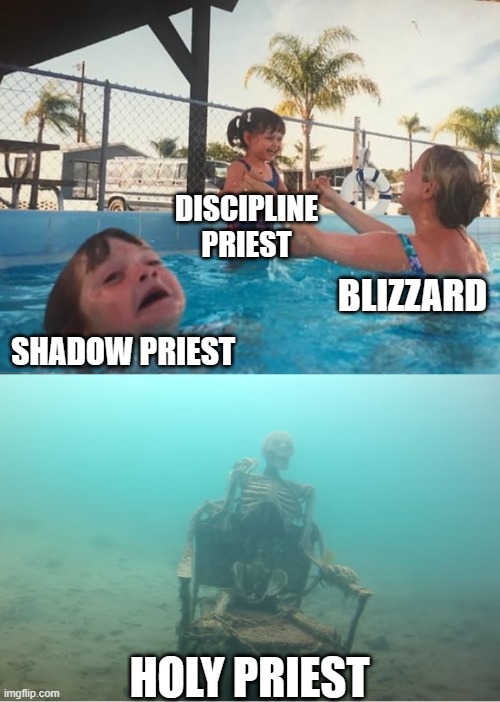 Really impressed by the amount of changes and tuning to classes and m+ , so far this expansion. Its easy for us to yell for changes, and expect them to happen instantly but it just isn’t realistic. But you guys are doing really good work, and it makes me really hopeful for the future of WoW. Keep it up!

First you reduced our only relative burst, ER. Then flat out damage nerf. Then AoE nerf. Now you are not only forcibly changing our rotation for the most picked build, but also nerfing our stamina.

And yet you keep buffing or not touching other classes (dps specs) which are doing relatively much better nowadays: DH, Monk, Hunter etc.

At the same time World of Bugcraft - Dragonflight is showing its rushed release, and clueless class design and balance team work through its cracks, and unfixed bugs.

The game has so many problems on its core and fun front now, and yet, Blizzard keep attacking the fire with gasoline.

If your niche is the so called RWF players, and so called e-sports bunch these days, then time to quit WoW, and if Diablo IV also fails to deliver then Blizzard would be a fond but dead memory for me.

How in the world are the healing dragons still not nerfed in PvP? Its like they want everyone to play spyro.

Developer’s notes: We are making targeted adjustments primarily aimed at Restoration Druid’s Mythic Plus performance. Our goal is to also avoid much impact to their raid performance.

Would it be bad if their raid performance went down abit? I feel like Resto Druids is really powerful in raids aswell only matched by Evokers.

You still need to remove the GCD from Soothing Mist though.

Developers’ notes: Protection Warriors are currently dominating tank populations. While we do want all tanks to feel powerful, our data and overall perceptions of tanks put Protection Warriors ahead of the pack. We’re making some small talent adjustments that are overbudget to help address this.

This just won’t be enough to upset the current balance, we need some targeted buff on some of the other specs aswell because right now Warriors are firmly ahead of the pack at this point Warriors are just the norm other tanks getting a tiny bit closer wont change the meta at all.

having originally mained monk, it’s a joke to play. Outlaw/shadowdance is a crackhead apm spec. I would argue it i the hardest melee spec to play in the game, with many things to maintain.

But lets buff the zug zug me smash button classes. It’s so dumb.

Somehow Frost DK got nerfed in PvP again, despite being the worst performing specialization in Solo Shuffle. How hard is it to comprehend that it is Unholy DK that is overperforming and not Frost DK?

Fury, Boomkin and Frost DK are currently the weakest specs in Solo Shuffle and both Fury and Boomkin got multiple significant buffs, why not Frost DK? Genuinely curious.

It is honestly so disappointing to see.

What now? My Death Strike heals for 23k instead of 18k in Solo Shuffle? And at what cost? Spellwarden being at 33% effectiveness now? When it was one of Frost DKs’ few forms of survivability? Afterall, nearly all Melees also deal some sort of magic damage, and it was an acceptable compensation for our 0 mitigation against physical damage. On top of it, Frost DK only has half the damage output of other melee classes.