History of RoV Remnants of Valhalla is a guild formed by experienced wow-players who’ve been playing together since vanilla / tbc, with more players tagging along trough the expansions. We played on the server Vek’nilash where we were in the top 3 progress guilds. The guild has been raiding since Cataclysm (break during MoP due to irl of the leadership). In the last couple of expansion we did fairly well for a non-mythic focussed guild. We’ve always cleared full heroic of every raid tier and most of the time, around half of the mythic bosses. With the next expansion incomming, we decided to return to our horde roots on the connected realms of Dragonmaw / Spinebreaker / Haomarush / Vashj / Stormreaver. -----
BfA RoV is a casual but slightly progress based raiding guild with a close-knit group of friends. Our focus will be on raiding in a relaxed and fun environment while keeping focus high in order to get those bosses down. Our main priority is to have a nice time after a hard day of work. We are a 2-day raiding guild with some side events when we feel like it (farming gear, achievement runs, m+ spam, old raids,…). We’re a guild open for those friendly, slightly more casual players that just want to enjoy the game while also clearing the raids.

Current progress: After we cleared Antorus hc, the guild went on a small raiding break, while starting a reroll project, as we went back to Horde and had a lot of players interested leveling from scratch. Now our new mains are max level and since the prepatch hit, we are having 1raid/ week to check out the classchanges. Our normal raiding schedule will restart in BfA. -----(redigeret)

We are not running with strict guildrules as we don’t want that playing this game feels like a chore. That being said, we do expect ppl to follow the ‘usual’ guildrules, such as proper behaviour, being on time when you sign up for events, be prepared,… We do not react very well on ‘slackers’. -----(redigeret)

Recruitment open for:
We currently had a setback of IRL issues so therefore anyone Interested Raiding in a HC Enviroment building into Mythic are potential candidates regardless of your current class and spec.

What we do NOT want in our guild: Dramaqueens Elitist jerks Loot!@#$%s We will always make sure that we get to know a bit about the people joining us before accepting them into the guild, this as a matter of precaution, in both ways. Therefore we expect everyone that is interested in joining to make an application on our website/Discord and/or having an ingame chat with an officer. Also accepting players that just wanna do m+ and social players.

Does this sound like the guild for you? Feel free to apply at: Discord: discord.gg/KcZshcE

We recently created a Raiding and M+ Community for likeminded players to join. feel free to catch us here aswell. This prevents you from having to transfer to our realm, if you want to get the feeling of our community 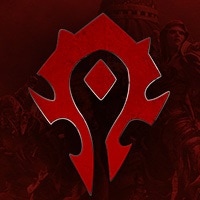 A World of Warcraft Community is a cross-realm social group of adventurers who share common interests. It features chat and voice channels, event calendars and more!

Hi there, about a week ago i saw your reqruitement post on the wow eu forums (old site). After talking to Xarial i decided to apply to the Remnants of Valhalla. Some info about myself, i recently started all over again after having a 5 year break MoP expansion. Back in the day i did mostly normal raids but recently I cleared Uldir on Heroic difficulty. Unfortunately most of the time with pug groups and got bored really fast. Im planning to comeback for the next patch and prepare for 8.1.5!. My in-game name is Lynlarae and i am playing a Shadow Priest which gets buffed pretty soon and I think I will be useful!
Generally looking for a friendly raiding guild, and u guys seem like one. Feel free the ask me anything madfrog#1172.