A long, long time ago someone put my PC together for me, but now I’m afraid it’s beginning to show signs of old age. The question is: Would it be smarter to just buy a whole new PC, or do you think I should just upgrade parts of the old one? I’m not really well versed in the world of computer parts, but from what I’ve gathered from some research I’d at least need a new graphics card and a new CPU.

the specs are as following:

I know the requirements for Dragonflight won’t be know for quite some time, but I hope to be able to play future WoW expansions on at least High resolution. I would be able to spend around €1000,- max. But if I could keep it around €750,- even better. I really only play WoW so it doesn’t have to be biggest and the best. My occasional spider solitaire moods don’t really require a supercomputer.

Was thinking about at least upgrading my CPU to the AMD ryzen 5 5600 but for the rest I just get lost in all the options. GeForce GTX 1050 seems like a affordable upgrade over my graphics card but I gather it’s probably best to spend a bit more on that so I don’t have this problem again for at least some years to come. But then again! Maybe you feel like the whole PC should take a trip to a senior home for computers.

Any advice would be helpfull, thank you in advance!

Your PC is old so there isn’t much that can be salvaged. You have to replace the CPU + motherboard + GPU + RAM. You can re-use SSDs although that small SATA one won’t be that good/useful.

GTX 1050 is a weak GPU and will not allow for anything higher than 1080p low/medium.

The question is do you want to build your own PC or are you looking for a pre-built PC?

Firstly thank you for responding!

I think I might as well buy a pre-built PC if almost non of the parts can be salvaged. But I’ll look into both options. Any advice is welcome but I know this is a broad subject. At least my main question was answered so thanks for that! I’ll just have to up my budget so I can buy something that will last me (hopefully) as long as this old PC.

Self-build gives you the option to build it properly. Generic pre-builds can be in good prices but they like to shoot themselves in the foot - like giving no airflow case, not setting up RAM sticks correctly and alike.

Right now I would say you should look at prices, sales:

RTX 3060 or RTX 6600XT can handle 1440p ultrawide (3440x1440) or basic 4K 60ish FPS. The CPU would affect mostly combat and mass-player actions. Game uses mostly 4 cores so 6 core CPU is minimum for the game and the OS + some light apps like say Discord and WoW addons. For more background stuff you will need more cores. Properly selected RAM kit can be a difference of 10-20% in FPS, but 2x8GB so 16GB is more than enough unless you run something heavy in the background.

From prebuilds likely this HP Pavilion is the cheapest one at 899 EUR:

Although it does shoot itself in the foot a bit - one stick of RAM instead of two, APU instead of standard Ryzen CPU (APU has less cache and likely costs more) and overall review of the lineup looks like so: 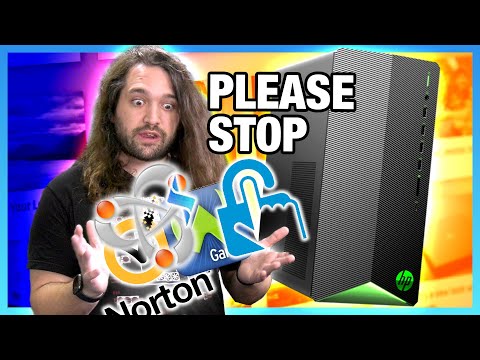 Thank you for the detailed response. It will gave me a lot to think about.
It might be better to wait untill later this year because of the mentioned sales, currently my senior PC still runs everything okish on medium/lower settings so it might be smarter to wait a bit.

I was actually just browsing the specs of that specific PC so thank’s for the review. I’ll certainly look for more of those video’s if I find something I might consider.

Thanks again for taking the time to inform/advice me in this!

if you build one yourself it can lasts 5+ years

Probably best time to do it since GPU prices have fallen to RRP or below RRP now.

If only gaming, then for AMD side of things the B550 chipset is cheap and good enough for that, no reason to get X570 chipset unless you’re doing some other heavy use stuff that needs the extra lanes and m2 nvme slots.

Thing to think about with AMD though is the AM4 socket is being retired this year as they move to AM5 LGA type socket this year on launch of Ryzen 7000 cpu’s.

There will be three chipsets coming for AM5 as well.

B650 - Budget chipset (Still decent for gaming)
X670 - Will remain PCIE4.0 and is middle ground chipset
X670e - High end Extreme version. Same as the X670 but all boards that are x670e must have PCIE5.0 on pcie bus, direct link to cpu and m2 nvme slots. (This is the new top of the line for this round of AM5 motherboards out this Autumn/Winter.

So if you do go down AMD route, current boards out now is the last boards you get, so same state as Intel boards as new boards with chipset again when they bring out the next line of cpu’s after alderlake.

Graphic cards: Same, best to get now while prices have dropped due to crypto crash and it’s a big crash going on at the moment. Agree on GPU with 3060 etc if only doing 1440p gaming. No one needs 3090Ti here unless you really want to get 120hz or higher on 2160p (4K) gaming. So don’t waste money there. It’s a if you need it and doing other things with the card such as 3D rendering, video editing, that sort of thing.

Drives: Get the fastest and size that you can budget into it. Right now that’s NVME drives as HDD’s and SSD’s stuck on old SATA-III can’t even reach the performance needed by some newer games. (Plus we may get to see titles eventually that need that direct to CPU/GPU from storage that Xbox Series S/X and PS5 does now, so SATA is not going to cut it.

One NVME drive and one large HDD/SSD for backup purposes is fine.

But if you do go AMD, I would say B550 motherboard will do. Not sure on Intel side with motherboards but they will have a chipset that is cheap like that and offers a decent price for just gaming. Anything higher up is again for those that need the extra NVME slots and other bells and whistles.

If planned properly you can make a system last a while. I was using a FX8350 system up until 2018 and was one that didn’t have any WoW framerate issues at all, not even at 1440p resolution. But knew what hardware I had in it so wasn’t hard to adjust things to keep things moving decently.

Built it yourself can also be easier as you know the parts, what parts to get later on if and when you do decide to upgrade. Such as you may not need to buy another PSU, ram or other bits that’ll make that upgrade much cheaper than having to buy a completely new pre-built system again. Such as not having to buy another new PC case, fans, CPU cooler… Works out cheaper in the long run.

I have to counter the AM4 socket from being superseded by AM5 from what I’ve heard on tech channels on youtube it would seem AMD wants to keep AM4 relevant whilst also working on AM5 because they have realized that the long game is just as important as well as pumping out new tech there was this article on Forbes with an interview with Robert Hallock and he goes into some detail about the strategy they have for the next few years.

From the gist of what he says they are not going to just drop AM4 just yet because AM5 is still in its early days. As an old hand at building computers, my view is not to be a first adopter as the vendors are still learning what works well and what does not with the new standard and this means potentially costly mistakes if you find that they suddenly change standards whilst learning to work with the new architecture they have to work out how the hardware is on a basic level and how it performs and this means potential bugs in the first couple of generations of new hardware that need to be ironed out. Anyway, the article is there it might help you decide if you want to upgrade to something stable and mature or new and green as in time it’s been around. Hope it helps with the decision process.

They’re not dropping AM4, no. But the Ryzen 7000 cpu’s are on AM5 only, they just keep selling the Ryzen 5000 until they stop making them. Same for Ryzen 1000-3000 as well. Up to motherboard manufacturers however if they want to continue to make those boards though, so can see boards being sold but support for them will slowly die off. Various rates by different manufacturers. Cheaper boards first, then slowly move up the list to the premium expensive boards.

Having a 5900X gives me some room that I’ll wait until Ryzen 8000 or 9000 if it’s called that and move from there. The Ryzen 7000 is basically a revision of the 5000 cpu’s, the new stuff comes with the next cpu line with AMD’s version of Big Cores, Little Cores.

Hopefully by then, AM5 boards will have matured, maybe get a AM5+ version of it, DDR5 ram will have matured also, alongside any PCIE5.0 nvme drives. That and software companies may finally get a few titles out that uses Direct Access as we see on Xbox Series X and Playstation 5, bypassing graphical stuff so the CPU can work on other things. (Can’t see WoW using that, may try and patch something in old engine but the IP needs a new thing altogether built from ground up to take full advantage of this new hardware spec.)

Allegedly they are checking the option to release some new CPUs on AM4 as well. Will it happen time will tell.