Many of us have been thinking that the Nightborne has the access to the priest class due to some priestesses being loyal to their goddess Elune.

However, today I have been thinking otherwise, what if, we have access to pick the priest class due to the Star Augur Etraeus and other astromancers? The boss uses several void spells, summons void minions, and casts voidbursts, even enters the void form.

Does this mean the Nightborne priests are astromancers? As we know the Highborne of Suramar were studying the stars as early as twelve thousand years ago. Due to the isolation, the Nightborne kept on with their studies, even inside the Nighthold there is an area called the Astromancer’s Rise.
You can study the stars but necessarily pray to them.

Your star is fading.

The most notable ones are said by Star Augur Etraeus:

Does this mean a male Nightborne can be a priest but only as a Shadow priest?

I am sorry to have bring this up, I personally see it as they are either still believing on ELune or well, they just seen these forces and decided to use them. Mind you to use void and light, you just need faith in yourself and willpower.

I also considered the factor of astromancy, but Nightwell was the reason why he could draw magic from planets so far away basically. So with that gone I doubt that would be possible or well spread

Though I admit that would have been a really distinct way of utilizing the light and void.

I cannot deny the fact that the Nightwell played a big role in everything, before its destruction. However, as the lore mentions, they were studying astronomy even before the great sundering, even before the isolation.

Isolation just gave them more time to study it in depth.

I have seen many RP Shal’dorei guilds, which are not allowing the male Nighborne priests as it is against the lore, of the gender set roles.

However, the Star Augur Etraeus proves otherwise by using the void magic.

This should mean, that the Nightborne priests are in fact astromancers, not priests.

Not really. Only he shown the capibility to utilize void by drawing it from the distance starts and even then.

“His scrying has shown him worlds beyond our ken, and the power of the Nightwell allows him to draw upon the essence of those worlds.”

Saying that nightborne priests are astromancers would mean you are suggesting that they are able to do something that was previously only possible by the power of the Nightwell and mastery of the head astromancer.

As far as I can tell, on the french servers mainly we did interpret shal’dorei Priests as Star Augurs, since we weren’t able to find any hint of a cult of the moon that could be found among NPCs of Suramar (Only old ruined places related to Elune without proper clergy)

Yet the guess that some Sisters of Elune inhabited the city before the isolation and get caught and sustained their religion, it makes sense, it’s fanlore, it definitely can be roleplayed, but should not be used as a rule or a default point for interpreting their priest class imo

If so, it has some interesting implications for the “prophecies of the stars” and such. Are they in actuality hearing the whispers of Old Gods or Void Lords elsewhere in the cosmos, and in their limited knowledge attributing it to a natural occurrence?

The nightborne are not the void elves haha, I hardly doubt they do hear whispers.

In fairness, Void Elves are far from the only ones to have heard maddening whispers of the Void. Pretty much every humanoid minion of the Old Gods was driven mad or tempted into service through manipulation, so it’s pretty on-brand. Heck, we the players hear C’thun whispering all kinds of creepy stuff as far back as Vanilla WoW. 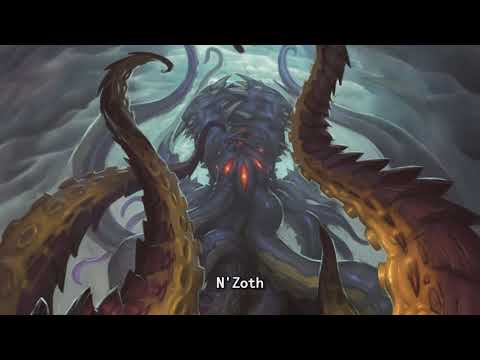 Now - do I honestly think the Nightborne astromancers are unknowingly being played by tentacle monsters? Not really! But it’s a fun thought.

In the Priest Order Hall it’s described, as a question of time, for those who use shadow/void magic. The thing that sets Velves apart is that they did the Void equivalent of faceplanting into the Chernobyl Elephant’s Foot level of exposure.