So… what do you think about the newest reveal guys? 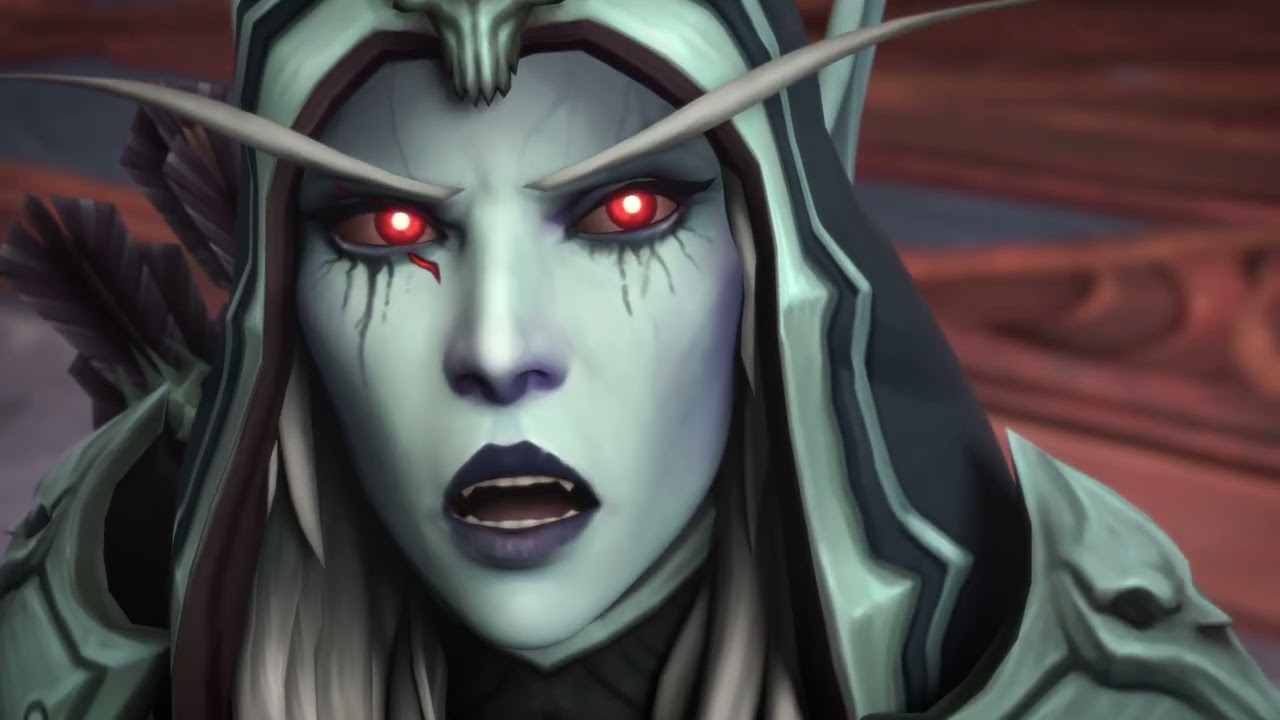 I think we all hate it, loyalists and everyone alike.

They destroyed everything that made her an interesting character. She’s now just a sad, regretful elf, who was stupid enough to believe this big bad guy.
And we have yet another Horde leader who will stand trial for war crimes.
Yikes.

Loyalists wanted Sylvanas to be right about this whole plan and the rest wanted her dead.

Nobody wins. Let’s all applaud the overlords at Blizz HQ. They killed it… and not in a good way.

In order to show really good development of Sylvanas, she must have endured her fate, without “redemption” story line, because not everyone deserve it, and not everyone need it to be a good written character.

I honestly mourn the loss of the best character they created in this game. She deserved better.

Her story touched so many of us and 15 years of being our racial leader created memories and a sense of belonging.

All of you who wanted her dead will at least get a humiliating trial.

For me she was good/ok character before Legion. After that she just became overused wet dream of some bad writter.
Her story isn’t the best among WoW characters.
It has not been portrayed best ingame, or told in books.
If she deserve better - i don’t know. But She and wow as a whole deserve better writter for sure.

Her story isn’t the best among WoW characters.

Subjective of course. She’s my all time favorite.

I really really hope they do this redemption right. Nothing else I can say.

Also an other missed clip: 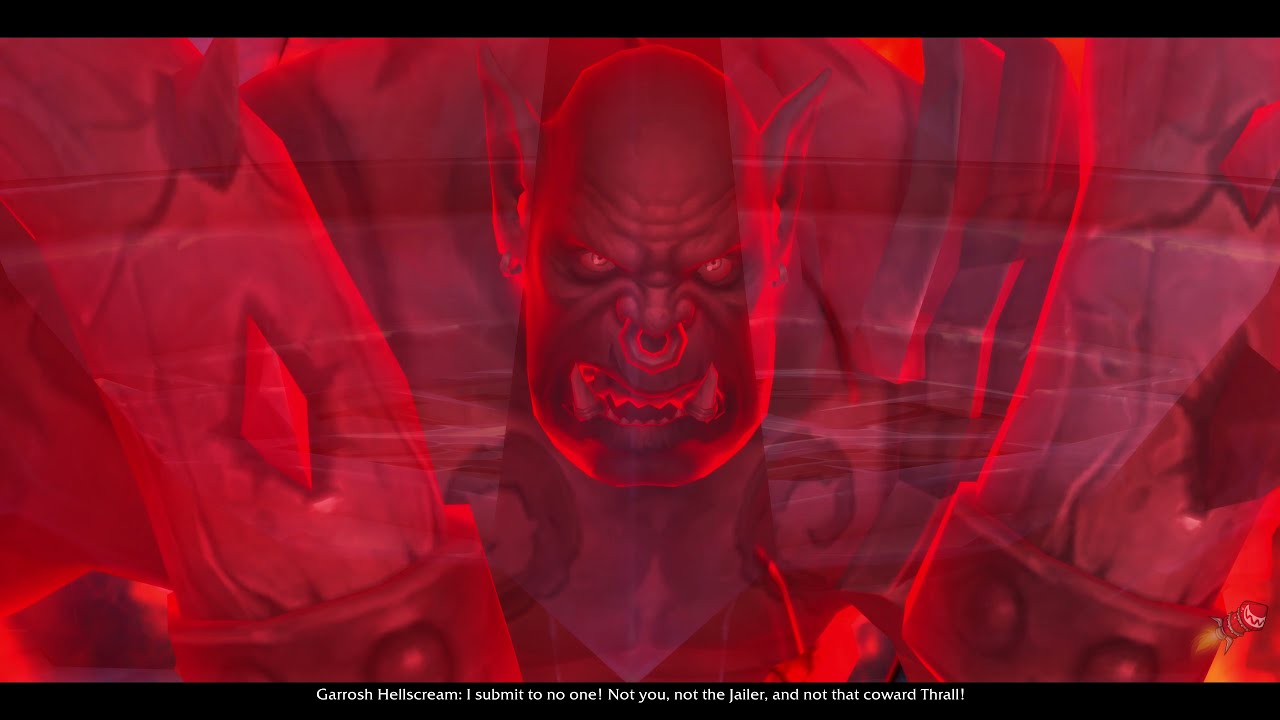 So what happens to him now? xD He’s just gone?

ERRYBODY GETS A REDEMPTION

So Sylvanas gets PTSD from a single word, despite “serving” all along, and now she’s a good guy again?
These lore writers really don’t have a clue, do they?
I’ve never been a massive fan of Sylvanas, but seeing her character get completely butchered over and over again is just sad.

I want to laugh. I guess we all saw this coming a mile away and still held onto a fools hope it wouldn’t be so.

Heh knew it, here is even my quote from another thread on story forums.
“Seems her mask of ruthless villain is starting to crack. Beneath she might be the same overly depressed undead, constantly crying about how whole world is unfair to her, she was since wc3. A perfect victim for some charismatic cult leader like Zoval.”

In the end they did Kerrigan 2.0 on her. Deep down we all knew that was gonna happen, we just didnt want to believe it. Seems since wotlk blizzard lost their bite and dont want to upset playerbase by killing off popular characters.
So her fate from now will be:

So, we will forgive Sylvanas for a genocide, and for everything she did, just because her soul was divided?
We have killed evil monsters even for less…

Zovaal, the Lord of Domination: “I will reforge the universe in a way that everyone will be free, totally.”

It’s kind of astonishing how the writing hit the perfect spot where noone is happy at the end.

And the story is by far not compelling enough to make up for this.

Still happy to have my theory that the Jailer was the original arbiter kind of confirmed.

Even worse is that spoiler Tyrande got to be her “old self” which means now she wont blame Sylvanas(possibly forgives her) and go after the Jailer himself.

Man I miss the old days of Warcraft 3 when you can kill a charater without issues or when Night Elves were the badass race that beat the Legion. Meh.

I know how unpopular it is, but I actually liked it. Looking forward to see what’s next.

Okay, i saw it twice just to check on its details.

First of all, yeah, it was definitely underwhelming.

Secondly, regardless of how long they’ve been hinting at this train of thought, having her realise just NOW that the Jailer is bad business is incredibly dumb for a character that has been repeatedly sold as “cunning”.

And thirdly, this whole “Full Soul” crap is just cheapening. For the character and for the plot.
Honestly, the effect would’ve improved a thousand times with the same dialogue (however weird it would’ve still remained), if Zovaal had pulled a struggling Nathanos out of said portal and thrown him at Sylvanas with a “Here, i’ll do you the favour of returning something yours too”.
However tacky that was, that would’ve still kept the characters involved “whole”.
Now what? We are to have now a “Good Sylvanas”?

That said, the cinematic went along the expected lines. Bear in mind, this isn’t the final cinematic of the expansion.
Regardless of how much i hate it, I’d still expect some continuation.
And that means that whatever fate Sylvanas will have, will be prolonged until the very end of this entire plot.

The only thing this cinematic did, was to nail on the fact that she wouldn’t die an irredeemable villain.
Some may find jarring this last bit because they were so eagerly sold on the BfA impersonation for the character.

I honestly am beyond caring at this point. And i think that the only thing the character needs now, is a mercy kill that salvages at least some of the legacy it had for the franchise, and hopefully spares and helps the narrative bits that were so dependent on it: the Forsaken.

To sum it up, I’m not particularly affected by this cinematic, and i feel that not even those that support the character would be.
Guess this will tick on the radical Hate Mob, but those are often complaining anyway so nothing new under the sun.

The only thing I’ll add from my point of view, is that if Blizzard wanted to go down this route, the should’ve had her sacrifice herself to try and stop Zovaal and save Thrall, Anduin, Bolvar and Jaina. Maybe with an additional shout like “For the Horde and Victory for the Forsaken!”. But as i said, i sort of understand the need to stretch it out to the end of this expansion.

After all, Sylvanas arch is the only bit of the story that has people interested in the current narrative. For good or ill.

What was she expecting to happen, really?

The only thing this cinematic did, was to nail on the fact that she wouldn’t die an irredeemable villain.