The wasted potential of the "dead" character in Shadowlands

What exactly was the point in bringing back characters like Kael’thas, Draka etc. other than nostalgia and why are characters like Thrall, Jaina and Baine even here? I have been asking myself this question since the beginning of this expansion and was hoping we would at least get some interactions between them and other characters that were relevant to their story, sadly that did not happen.

So after doing the epilogue chapter of the campaign I did all the “stay a while and listen” bonus interactions. One in particular stood out to me. Baine and Lorthemar were talking about who they would like to talk to since they are in the land of the dead. TLDR Baine says no one since his fathers spirits is always with him and Lorthemar says Kael’Thas because he wants to know if he regrets making him reagent lord after all this has happened. Also how is Lorthemar all of a sudden here? Same question applies for Vereesa and Alleria.

Wouldn’t it have been cool to see Lorthemar have that conversation with Kael? Or Jaina meeting Kael’thas again (they were friends once, even though it ended awkward). Baine reconnecting with his father. Instead of Draka and seeing Thrall essentially going trought the same emotions as he did in WoD with AU parents we got him consulting with Orgrim Doomhammer on what the Horde is supposed to be. Like half of the characters in this expansion could have not been present at all and the story would’t change one bit. And that same half could have been replaced with different characters all together and it would have led to some potentially powerful conclusions to character arcs.

What’s baffling to me is that like I said Blizzard eventually thought about this as evident by that Baine/Lorthemar conversation, but why wasn’t this the original idea, I mean the fruit cannot hang lower than this and yet they missed it.

Wouldn’t it have been cool to see Lorthemar have that conversation with Kael? Or Jaina meeting Kael’thas again (they were friends once, even though it ended awkward). Baine reconnecting with his father. Instead of Draka and seeing Thrall essentially going trought the same emotions as he did in WoD with AU parents we got him consulting with Orgrim Doomhammer on what the Horde is supposed to be.

Would it have been cool, though? The very idea of going to the afterlife, chat a bit with the deceased, and come back a changed person sounds cheesy as heck to me, it certainly felt like that for me with the Morgraine- and Thrall-moments. I mean, I get that it feels strange to go to the afterlife without putting a focus on that… but I really don’t think it would have made it feel much better. The whole idea of going into the afterlife was a problem. The idea of making that afterlife a wholly un-azerothian place was a big problem. Thatthe characters they used were too often non-azerothian was a problem. But the reunion-thing doesn’t even register much as a problem to me… I’d rather have had the soul ouf guardsman Smith and grunt Oscar give me an introduction to the Shadowlands than either strange otherworldy characters or azerothian characters whose story had played out.

It mostly was nostalgia bait. In case of Thrall it just rehashed his reunion from WoD. Baine’s story was presumably dropped and Jaina is basically the token female aliance character. Why they couldn’t use one of the Windrunner sisters, who are actually personally invested in what’s going on, instead of Jaina, for example we’ll never know.

I think they wanted “some” W3 nostaligia as well as picking a few characters from Azeroth who are still alive.

Overall though, it failed to deliver because we were spending too much time with new faces, new races and robot things, that in the end, the old favorites were just lost.

The difference between Suramar and the Maw is that Suramar was a location that we all knew about. It was an ancient night elf settlement. So they could bring in a new elf race and new characters, because we as the players, could then connect the dots as to who Thalyssra was, who she is, what we’re doing and what’s going on. Plus, using Night Elf NPCs such as the Moon Guard Magi and the Priests and Druids from Val’Sharah, in 7.0 helped to illustrate that this was still connected to the kaldorei.

The Maw was just not good at any of that. Random souls with a robot thing called Venari. It couldn’t deliver on the story. The odds were stacked against it.

I was really hoping for some Kael’thas and Sylvanas interaction. Both people so much changed by the downfall of their Kingdom. The fact they didn’t even meet once baffles me.

She died protecting it, He failed to restore it. She is going to repent for her sins as does he. Like there was literally a little effort to put in there. Absolute waste of a rather interesting chance.

I think the main reason was because if they wouldn’t be in the shadowlands you’d simply outright have nothing that makes you go ‘oh right this IS a warcraft game’ in the story.
As for the dead not interacting with the living, I prefer it that way, they weren’t meant too interact, the ones that are dead have their duties to the covenants they are now a part of and their ‘lives’ (que joke about SL being life 2.0 rather then an actual afterlife) on Azeroth were over

I prefer it that way, they weren’t meant too interact, the ones that are dead have their duties to the covenants they are now a part of and their ‘lives’ (que joke about SL being life 2.0 rather then an actual afterlife) on Azeroth were over

But that case already went out the window the moment Blizzard decided to bring in Thrall and Jaina into the mix. I my issue isn’t that there are 0 interactions between the warcraft characters, it’s that they are too few. Also as we have seen their attachments to Azeroth are are far from broken, hell Uthers reclaiming his memories of Azeroth was a major part the campaign.

But that case already went out the window the moment Blizzard decided to bring in Thrall and Jaina into the mix. I my issue isn’t that there are 0 interactions between the warcraft characters, it’s that they are too few. Also as we have seen their attachments to Azeroth are are far from broken, hell Uthers reclaiming his memories of Azeroth was a major part the campaign.

The problem of the mortal cast wasn’t that they were there, but that they had no meaningful connection to what was going on. Tyrande, Shandris, Uther, Kael’thas and Sylvanas, at the very least had something to work with… wasn’t good, but it was something alright.

One of the big issues with WoW writing is that if someone does something which could be a character development it’s often times: manipulation by a third party.
As we see in the real world there are characters that aren’t nice or develop into awful human beings.
I wish we could see “normal” development of characters one day.
Maybe things like Anduin abandoning the throne because he wants to save souls in the maw, Tyrande getting old and bitter and starting to annihilate furbolgs or Baine switching to Alliance because he feels the Horde is no longer his people.
That would be 100% more believable than another greater being mindcontrolling someone.

I don’t see it that way, the way I look at it, the mortal crew entered through an entrance that shouldn’t even be there to begin with. We weren’t picked up by Kyrians, we just got zoomed into the maw because that’s where the hole in the sky lead us
After that the DK’s set up portals to enter and exit SL without having to die first, bypassing the natural entry of SL again.
Because we are mortal (or at the very least, more then just plain dead) we have the right to leave. We came as outsiders to assist them in their plight, but that doesn’t mean their plight is over.

I’d find it really weird if, even in Arbiter Pelegos’ outland, any of the covenants allowed their subjects to go back to the world of the living to interfere with the living

What if all these formerly dead boys start just going into the world of the living to settle grudges they had when they were alive?
The whole issue with these people coming back from the shadowlands post death to do life things is that you turn the games story into one where death has 0 impact, something like kingdom hearts, where the game baits you into thinking goofy dies in part two only to have him get up and be unscathed 5 minutes further into the story.
Or where all your companions died in KH3 only to come to a point where they all again magically come back a few minutes later into the story
I can tell you it’s a really really terrible way of experiencing a story

I still wonder where Saurfangs son is.

No one said anything about letting people leave the shadowlands. My main point was that the living characters Blizzard chose to use had next to nothing to do with the dead ones, example instead of Baine we coul have had Lorthemar and have him interact with Kael’thas, or they barely utilized the already chosen characters Jaina and Kael’thas were both in Korthia and we didn’t have 1 line of dialogue bwtwen them (sorry to bring KT so much but he is the lowest hanging fruit here).

Ah I misunderstood then, reading back I’m not sure how, must’ve been early morning
Talking with the dead is something that’s been done yeah that wouldn’t really break anything either, would’ve been nice to have a few of those moments
Imagine if Garrosh said what he did to Thralls face before he burnt himself out, or indeed KT/Sylvanas interaction (their stories are kind of similar when you think about it, the magic was just of a different flavour)

I’ll take it, if we do the meetings as musical numbers. If they have to focus on melodramatic personal moments they might as well give me some disney-style tunes with it, and I might actually like it. 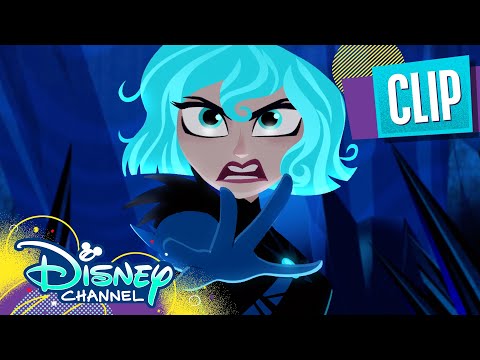