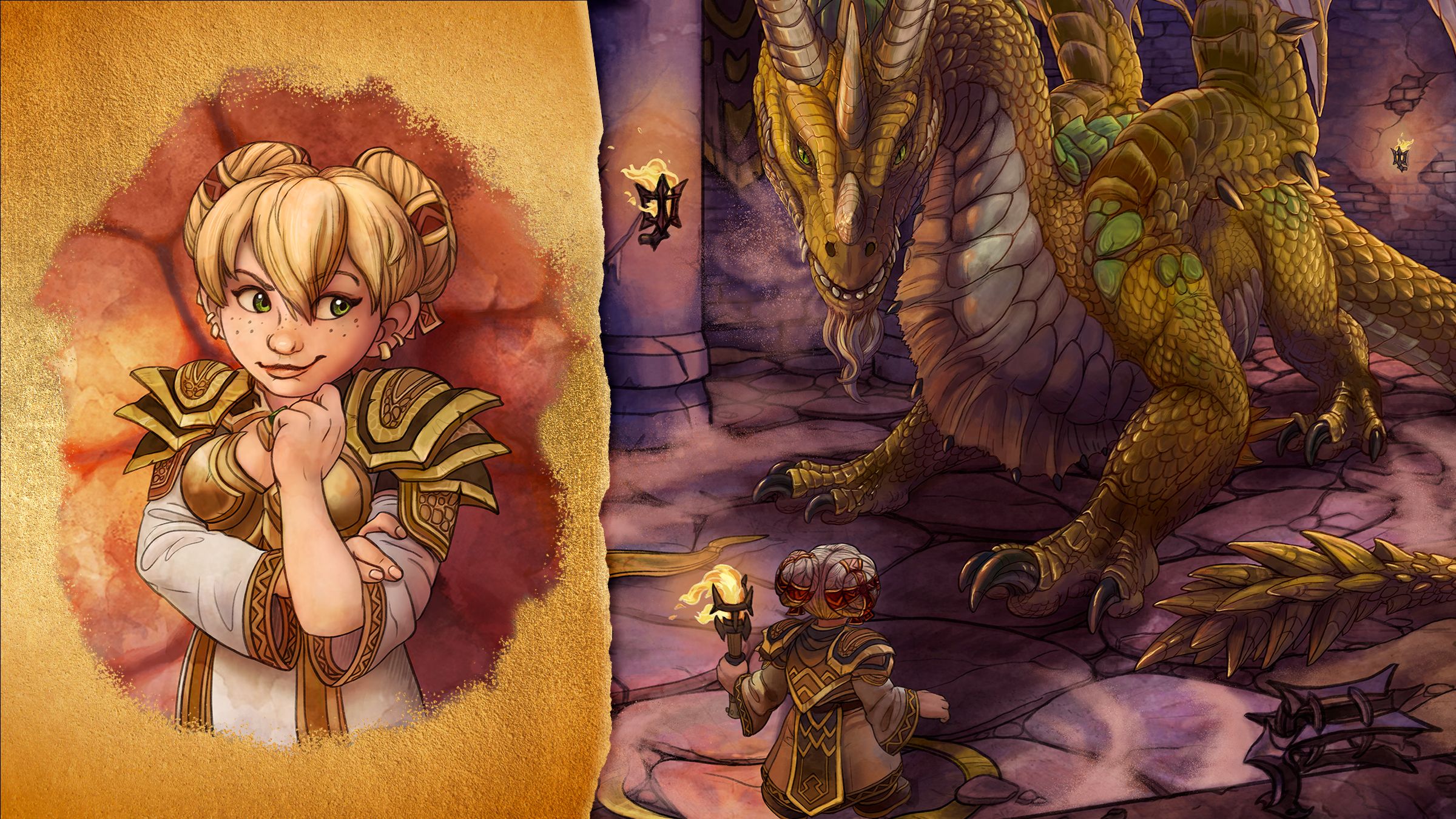 Travel Azeroth with Chromie as she seeks wisdom from her fellow dragons in creating a visage, the mortal form dragons choose when coming of age, in this charming and heartfelt fairy tale by Lead Narrative Designer Steve Danuser, part of the short story collection Folk & Fairy Tales of Azeroth.

Read part of it, not bad so far. Will finish it later.

Give me a TL;DR version pretty please.

At this point I’ve already given up expecting anything good from DFs story, Danuser is far too obsessed with his favourite characters to the point he excludes others i.e Anachronos.

My friend was one of the first people in the world to own that book. Somehow Aussies got it first. This was one of the stories she shared with me, along with the Vereesa one. Still grateful.

Dayum Chromie is such a cutie.

I read the opener. Is this the first time Chronormu has been canonically acknowledged as male in dragon form?

Perfect. I love it. It’s going to get so much forum rage, but I’m happy. I will pass this story on to friends who will be happier for its existence.

And laugh at those who are angry

And laugh at those who are angry

why be a jerk about it, jusy enjoy yourself without enjoying other’s suffering. once more pretending to be a virtues person who is actually a bad person. thanks for revealing. sad that other

between anger and suffering there is a huge difference.
Why always you take futile things so seriously?

it’s the same thing. enjoying other people’s negative emotions is just a sad thing, not something actual decent ppl do. you wouldn’t understand clearly

nah i just disagree. its not a matter of understanding. i have a normal brain that (sometimes) works.
Relax and take a breath.

why be patronizing now? no need… all these ppl pretending to be decent here, but actually most toxic ppl ever. feels like a bunch of americans

Not all the americans are toxic. like all the people in the world there are good and bad. Generalizing is a bad thing imho.
And im not patronizing … just reasoning.
About bein fake decent… forn someone you could be right… but why anger? is just a game forum.

At least more characters are getting spotlight other than Princess Elsa, i mean Jaina. and Sylvanas. so im all for it.

I also realized through the Sylavanas novel that i actually dont like Alleria… she became boring in my eyes.

A elf who rebels against her people’s beliefs, follows her heart, cast out by her people, and falls in-love with a non-elf.

why be a jerk about it, jusy enjoy yourself without enjoying other’s suffering.

If someone thinks that having visibility of subcultures and minority communities is ‘suffering’ then I consider them a bigot. I don’t have a problem enjoying the discomfort of bigots, and nor should anyone else