Yes BG are pretty much disabled. It’s now more efficient to afk at GY and let the other team win than to actually play the game if you want marks and honor, so that’s what everyone is doing

It took Blizzard about 1.5 years to implemented the chronoboon displacer because “they couldn’t sit idly by and watch people raid log”. If we are lucky they may comment on it in a couple of weeks and give themselves a pat on the back for a job well done.

What prevent you to have fun right now ? Did they disable battlegrounds or the rest of the content ?

It was collective expirience. Many ppl had fun because they could for example get gear, or stack honor, many ppl were around together, everyone was talking in game and while they were getting they way into REACHABLE goal they had fun. I dont know how can I put it simpler. Goal was reachable. There were many ppl together. Ques were superfast. Those 3 factors made it fun. And dont start with “oh its r14”. Who cares? That gear will be replaced soon anyway so thers no value in having it for prestige or smth. Its not like r14 in classic classic at all so it doesnt matter in that matter. But it matters as an upgrade, as an reward and its a simple shot of dopamine for getting a purple for your character. If they didnt “fix”, nothing big would happen other than people would be still enjoying the game.

I complained and have received a full refund. My character will be de-levelled in accordance with this, hence why I cannot post on him.

I suggest all else who are angry do the same, perhaps they will revert the change.

How we REALLY got our TBC honor (with sources)

I know its “2008 vision” so its hard to see, but toward the END of the expansion the numbers looked similar to this. Source: https://www.youtube.com/watch?v=9hExikWBzpI https://imgur.com/a/rgq4hwi - 273 honor for WSG win comparing against live’s...

We want answers to this.
You were fast applying a hotfix do it the other way now please.

He was talking about fun. The way you talk, you aren’t look for fun because you can get fun right now. A lot of players are.

I dont know how can I put it simpler. Goal was reachable

Man, it’s your personnal goal. What would you have done if the values were correct FROM START ?

I wish i could gear my alt in T3, so what ? Should i ask Blizzard to remove Naxx attunement and make Naxx boss drop more T3 tokens for no other reason than “I have a goal in mind”

Blizzard aren’t answering right now because as they said :

Please reduce the amount of marks required for R14 gear

We also double-checked other rewards,

Maybe they’ll answer later on because of the uproar but they aren’t answering right now because they know (and we do too) it’s the correct values.

Maybe they’ll answer late on because of the upraor but they aren’t right now because they know it’s the correct values.

all the relevant values I guess…

Player ranks and the honor they grant when killed. 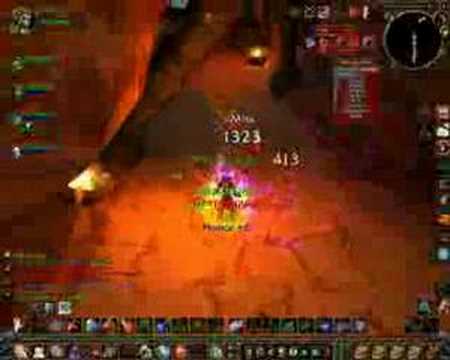 When he get “only” 4 honor when killing a knight ?

Diminishing returns were a thing in original prepatch. 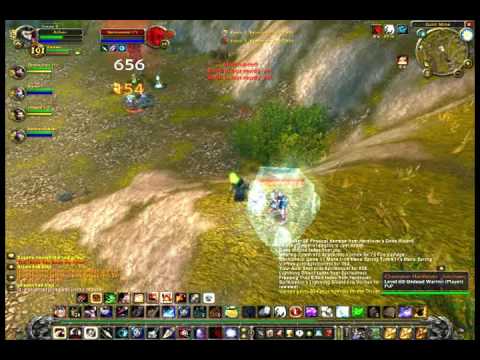 Champion giving 32 honor. Shadow priest applying misery means this is after the launch of prepatch.

This is interesting. So we are having a 2.4.3 TBC pre-patch (as expected)

You can’t get 32 honor points anymore right now ? By doing a 1v1 vs a Champion ?

You can’t get 32 honor points anymore right now ? By doing a 1v1 vs a Champion ?

No, everyone is considered a private/scout…

No. Thats the thing you dont get. Many ppl aimed for that because it was reachable because blizzard made it like this. And when 99% of playerbase were enjoying it they decided to change it. And thats what killed fun. Because it wasnt just my expirience, it was everybodys who were enjoying that night, which made atmosphere of joy and fun.

What would you have done if the values were correct FROM START ?

Probably play just normal. But they arent correct after the nerf anyway because no matter what rank of a player you kill even solo you still get like 3 honor points.

And once again. Prepatch is much shorter so honor gain should be bigger anyway. And what is most depressing is reaction time yesterday and today.

Dont get me wrong. I do want x10 honor because it was fun but at the same time I realize it was too much and I agree it shouldnt be like this. Today they increased honor gain x2 because of shorter prepatch which Im happy about. Maybe its not accurat but its always smth.

Yeah its still low. But x2 together with AB weekend will result in fast ques and much honor from the game like 800 or smth so thats a good way to push if you want to score some honor ;d

The problem is not the 0x2 or 2x2 the problem is Blizard listening to some random guy, instead looking at their own patch notes and fixing it acordingly. This “sfhix” is still not near the values from the original TBC prepatch. Simply x10Honor Andy.
The Andy Crusade

The problem is not the 0x2 or 2x2 the problem is Blizard listening to some random guy, instead looking at their own patch notes and fixing it acordingly. This “sfhix” is still not near the values from the original TBC prepatch. Simply x10Honor Andy.
The Andy Crusade