Not even 2 million subs, people leaving in masses

is this numbers bad for wow ? it sounds like they super low

also another video of asmongold on wow future

do you think devs will continue to ignore playerbase ?

does numbers are pre lawsuit also

These are the videos hes trying to link. Just to make it easier for others 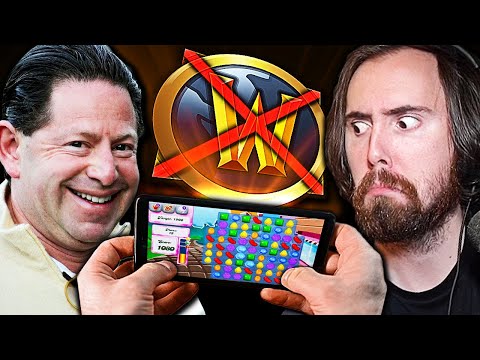 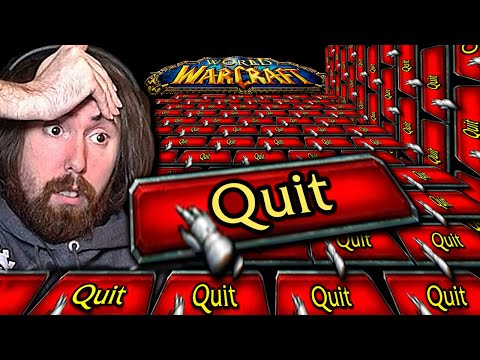 Apart from just copy pasting titles of videos, you should put your insight a bit into it…

To topic, im not gona defend blizz, they screwed big time, no doubt, but with all things considered going all right now ( even if it maybe doesnt afect devs dorectly, devs cant realy do anything without higher people agreeing on it) we have seen some good changes.

Like renown farmable in gast
Conduits upgrade for specs first ( shame it was after people burned tons of them)
Locking group creation behind lvl 60
Those are just few… There ofc should be tons of more important stuff, but im enjoying even the small things.

i think its beyond the stage of clownfiesta. its like super akward how they running the game right now

considering the fact that those numbers was pre lawsuit

i could make list longer more in depth, but the devs dont care, yeah let the sink in

Well the issues with the game has been said a thousand times by now. All we can do is wait to see some changes, thats what im gonna do and untill then im gonna remain unsubbed

Welcome back from your ban.

Just curious why you didn’t quit already if the game sucks so much?

you are verry passive aggresive

Welcome back from your ban.

Just curious why you didn’t quit already if the game sucks so much?

you are verry passive aggresive

I mean, look at your other posts, “I smile a bit when Blizz stock price drops”. Like, really? How sad is that? On par or worse than posting constantly on a forum for a game you hate?

is this north korea? i didnt know im not allowed to have opinions about the game

What exactly u pay for and what do you win there? If there ever was a real p2w, it was back in bfa.

Last X years we had game based on system over system, its getin mesy but it is waht it is.

Was it ever balanced? Xd

Havent played all expansions, and im not a big alt lover, but was it that better before? Like even on classic u had to spend like 2 months just to hit max lvl on your alt, i can imagine on expansions lile wotlk where u either did pvp or in terms of pve raid once a week and then bunch of HC dungeons it was better, but hey, people had alts back then mostly because of no content.

devs that dont care about player feedback or community feed back

Yea that sad, but since we dont know hoe it works deep inside, i wont blame them all, they just doing a job their boss give them. Agree there should be tons of comunication, but the good old " u think u do but u dont" apply there too. I have seen tons of stuff people wanted in game, or devs to look at, that i rather wont have.

Changing bad system and legendarys and make people farm more ? ??? its not ok

On one side yes, its bad, on the other , if it has to make things better, class more fun or viable, why not?

is this north korea? i didnt know im not allowed to have opinions about the game

Of course you can have opinions.

I was just wondering if 20-30 hate posts a day in-between bans didn’t warrant a bit of introspection from you.

Why do you need youtubers telling you what to think and do? Play the game if you like it. Don’t play it if you don’t like it.

why u get upset over people not liking the game ? if u like the game play it and dont care if others doesnt like it

is this numbers bad for wow ? it sounds like they super low

Destiny 2 (the “King/Founder” of Loot Shooter RPG Online Games) has maybe daily like 700k players across all platforms. The monthly number is maybe higher, maybe lower. Still the game is doing fine.

Don’t worry so much.

… but Wow YouTubers do.

Or maybe not lie intentionally, but be sloppy, or take the first numbers they see without checking them, or maybe make videos about numbers that make for a clickbait narrative.

So I did see that one, because it purported to have real information.

The numbers used for overall population were from Wowranks.

I DO NOT blame Wowranks for anything here. Wowranks seems to be the hobby project of one guy, who is doing what he’s doing in the way he wants to do it, explains what he is doing quite clearly, with all its limitations. It is not a small thing to maintain that kind opf project as a hobbyist. It’s easy enough to roll some numbers or other information up for yourself; another thing to provide a resource for the community. All respect to him.

Bellular and Asmongold interpreting some results from there with such lack of care, or even reading what the provider says about the numbers, do not deserve any respect at all.

This relies on the starting assumption that the number of characters in Wowranks is the total number of current characters.

It is not, and the creator of Wowranks does not claim it is.

I checked my own characters. I have 5 60s now, plus a bunch of 50+s. Only one of my characters has done any M+ at all in Shadowlands. That is the only character of mine shown in Wowranks. The others are not there. I checked a friend’s account. She has done no M+ at all. None of her characters are listed in Wowranks.

As the author of Wowranks says, he bases his list of characters on the M+ API.

In my very brief sanity check, the only characters I found in Wowranks were those that did M+. Bellular and his pal, and hence Asmongold, start with the false assumption that the Wowranks total contains all characters. It does not. They then guess wildly about how many alts per player, and divide that number by whatever range they last thought of.

My simple check suggests that even if you believe their guesses about alts per character at this point in Shadowlands, their starting figure is probably not the figure they think it is by a factor that I think is somewhere around two - but I wouldn’t rely much on that either.

But of course, they didn’t check any of that, or read what the developer of Wowranks said.

well theres is also players who are doing myhtic on more then 1 char so we cannot say numbers are 100% accurate, but they do tell us something, also after lawsuit we know it has gotten worse, we could ask blizzard to show us the accurate numbers but i guess they wont

last wow arena tournament had 6700 viewers live by the way, than they have had 91k viewers in total watching it after but its super low numbers tbh

there is numbers to talk about for sure and if we not 100% accurate perhaps that might be the case, but everything is indicating on more and more people leaving

2 million players is still extremely healthy for a game though. Especially an MMORPG, the genre is dying as a whole. A decade ago numbers were much higher, now it’s nothing compared to F2P games like league, warzone, apex etc that hit 80 million players. And if you start looking at mobile game numbers then you’ll see the bigger picture.

I mean looking at Blizzards latest quaterly earnings, wows extremely profitable. And subs doesn’t even account for half the earnings. Wows still making more money then a lot of AAA titles with a much smaller player base. Even at 1 million players the game would 100% be worth continuing with, and still highly profitable.

yeah they making money is no doubt about it. But are they doing that in short term on long term is the question. While talking activsion earnings one must know that activision blizzard brings in least income in their company