Evil is a force with a thirst unquenchable.
With greed and glutton, those that seek out domination feed and feed upon fixtures of power and magic at the expense of their own souls—and without remorse, the souls of all that would oppose their hunger, too.

The Black Book, the librams of Brother Vaklu and those of Frosthold, and now, the scattered fragment stones of the Cosmic Crown of Terror arm the terrible forces and allies of the Dread Baron Blightreek, and the Alliance will not risk taking the time to wonder what portent the Grim Gest intend to make these powerful artefacts perform. In the image of the Order of Aranal’alah, an offensive front must be taken against those that would call upon the Twin Serpents of Xa’sugoth.

A new age dawns for life beyond the Span, but the forces of good need first avail the darkness that looms in the kingless realms, lest there comes what evil would want most—their unending, many-eyed nightmare—a black horizon, eternal.

With inspiration from the Cloak and Sceptre campaign, this will serve as an initiative for cross-faction, plot-based conflict and in-faction coalition. Restricted ruleset will follow; there is the potential for AB wargames, dependent on interest.
RPPvP will take place between the 7th and 11th of February predominantly in and around NEW Arathi Highlands.

Please be honest with your attending membership as there will be a cap, and sign up using the template as follows:

Due to the armistice, Horde players should ONLY attend if they have logical IC reasoning to side with Sylvanas Loyalists.

IC meets and plot points will follow. Hope to see you there, and big thanks to Morsteth for his CCoT plot 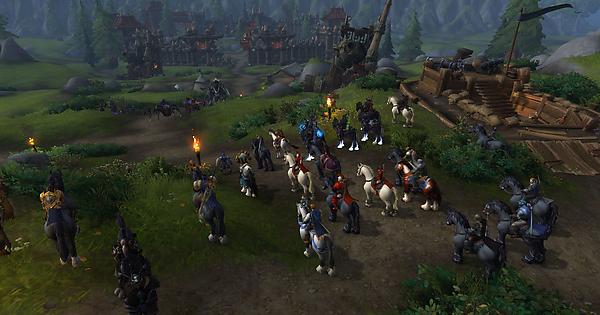 permanent great thanks to morsteth, ortellus, skabb, xotrios and fearless for helping the baby campaign lead with her training wheels

Woa, this looks incredible. Pretty badass people included in this, I must say.

Its gonna be based i know, cant wait to attend!

based. Looking forward to it

Signing up one incompetent who can’t sign up himself ^^

Sorry for that spam but… Another incompetent…

No worries! We’ll get you all signed up.

This looks like a very nice campaign, hoping it’ll be a success

Greetings! This Campaign looks rather splendid! Signing myself up, and two friends if that’s okay!

Going to cap Alliance signups for a little while as we work some things out (:

Guild: The Rotgarde
Estimated numbers: around 15