For some reason when I invite a shadow priest they typically do about half the dps of other classes. I don’t know what’s going on with shadow but Blizzard needs to do something fast. At this point I only invite them because I feel bad for them.

My shadow priest with i20 more than my hunter overall did about half the damage, they are clucky annoying to play and pretty darn useless to the general public and really need to be able to stand still and they need a big group and others classes still do more damage on bigger groups but they aren’t that stupid distance behind.

I abandoned dps altogether rather than play shadow, i just heal priest now its all i have time for and its much better…which i think says a lot

For some reason when I invite a shadow priest they typically do about half the dps of other classes.

because its a hard specc and the ramp up isn’t passive damage like 90% of the other classes and blizzard likes to nerf shadow because 1 guy streamer can play shadow really well for like 30mins blizzard just don’t care about shadow anymore they want you healer. they need to go away from void form and bring back passive damage again and mind spike and cascade 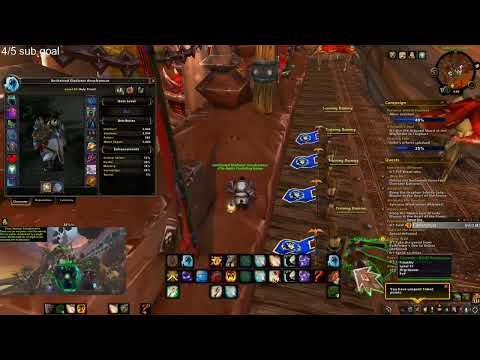 Priest No Changes Needed (I will Remeber that blizzard)

Well enjoy the blizzard don’t give a crap about priest aoe season. Hope you feel welcome enjoy your stay.

shadow does no damage on aoe can you please fix this specc its been 10 years with no shadow damage.

i know youre just trying to necro this post. but…while sp has garbage aoe and its hard to compete in m+…if a 190 prot pala does more damage than 260 shadow then this priest have to be either afk or unbeliveably

at playing sp. And im not defending sp at all…its a pain in m+ but lets be a little bit real here.

or just inv a bm they top priest easy with beast cleave. XD

At the very least Searing Nightmare should be baseline. It’s ridiculous that spriest needs to talent into their only AOE ability and it competes on the same row as another desirable talent. Make SN cost less insanity so it doesn’t require so much ramp up time before you can start doing AOE when other classes just press one button.

into their only AOE ability

Its a joke blizzard made us pay for a not finished reworked class.

It is just fact, always been like this. Need to completetly rework in Dragonflight, it must be much better than many many previous expansions.

that one i agree on remove void form.

that one i agree on remove void form.

yeah i hope they remove that ability.

Its always people seeing that crappy wowhead logs and seeing it middle of the pack then claim its fine, yeah thats about the best it can get, meanwhile in both PvP and M+ straight up trash when you got 2 button specs pulling 3x their numbers overall with no effort. Just because WoWhead took a screenshot of some hc raid log overall doesnt mean its good, some people do other content other than raid.

Edit: Anboni video are funny regardless of whether its shadow stuff or not, I’m not bringing it up like its a bad thing… just an observation.

If i dot everything in classic i instantly deals damage as shadow even mind blast deals loads of damage. In Retail Dotting anything besides the boss is not helping your damage so thats why shadow falls off.

I don’t get the class designers of shadow priest at all.