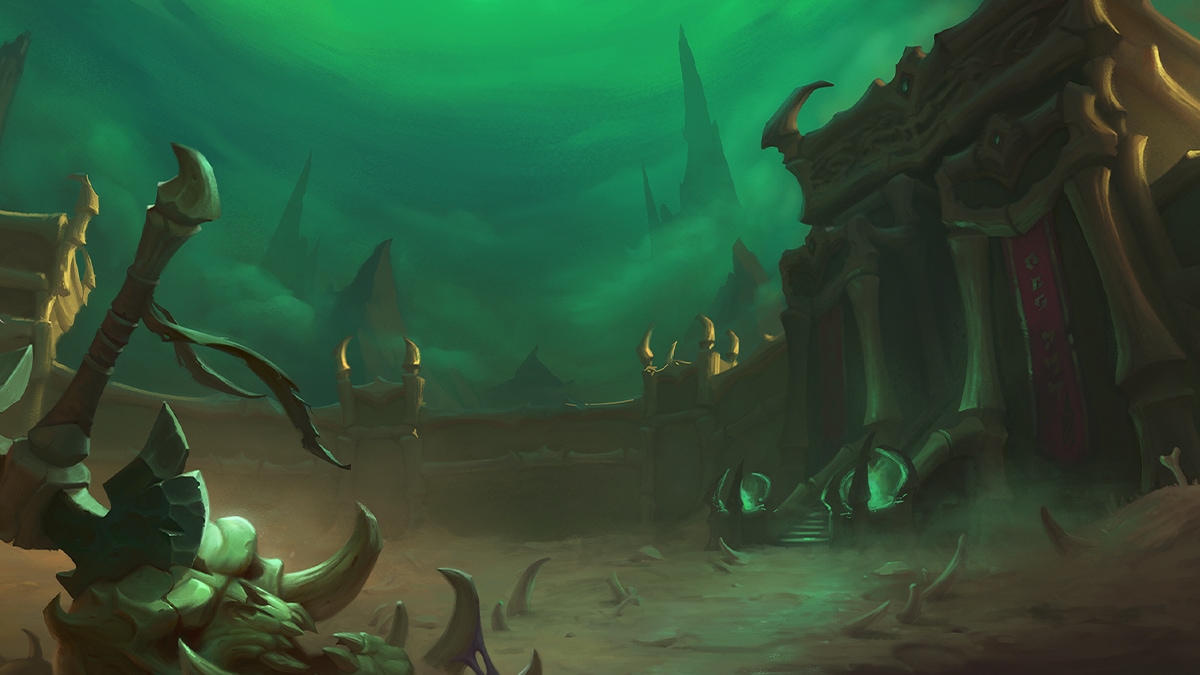 While I am personally happy with these, 9.2 PvP needs a lot more than just two new arenas. The class balance right now is all over the place. I hope 9.2 will address that, because 9.1 only made it worse than it was in 9.0.

Aah, I’ll be honest I wanted that Maldraxxus place as a playable arena when I first went into it during leveling. It has also been my favourite world pvp place, you know that easy world quest “Defeat 0/2 Elites” it serves as a cheese for rats…

Both seems fine. That switch button in the middle of Enigma has potential to cause a lot of laughs.

Well if anything they do look cool!

A new battleground would be a nice addition as well.

There is a great problem with race distribution of PvP. We thought World of Warcraft was a place for equity, equality, racial justice and representation. There is certainly an Orc privelege problem which requires a nerfhammer,

The thing is that imo TESO has more useful racials for each race compared to WoW.

Right now we have level 1-60, so the resistance could increase during SL level caps with each 12 level by 1%, so that you have (similar to TESO numbers) a maximum of 5% resistance bonus on maximum character level. Optionally the scaling could be 0% from lvl 1-9 and starts on lvl 10 with 1%, each 10 levels +1%.

They look great. Thanks Blizz.

And the real endgame needs to include world content.

May da evil Spirits haunt yo and ya leaders

Funny thing that over the span of 14 years a lot of my friends have played this game but only the die hard PvPers are the ones who still play. If anything Blizzard should redirect more resources to PvP content.

This is really nice.

Can I give a piece of advise in hopes of reaching the devs?

Please tone down the roleplay speeches in the arenas. I know they add immersion - but if you spend hours doing arenas, it gets really annoying hearing the same speeches over and over again, ad nausaum

“Today! Your cries of battle, and the clash of your weapon, will be heard by the great loa!”

You can turn down the speech volume from the settings I believe. Would be a nice option to just opt out from those arena speeches so you don’t have to go to the settings all the time.

Yes, that’s inconvenient because it turns off for the whole game - and I’m only annoyed with the arenas ones, because it’s content we do repetitively

They should make one arena just for Yolo, like no pillars, just good old gladiator colliseum where you fight to death with nothing you can hide behind.

You should’ve learned from the Ring of Valor/Orgrimmar arena that interaction with the environment is a terrible idea inside arenas. Do not implement this. It’ll (have to) be removed within an expansion or two anyways, just like it did in the past. Don’t make us go through this mess again.

I agree. Maybe they just need to add a speech mute option. They should also reduce the brightness of the Empyrean Domain. Such lighting with those colors is too strenuous for the eyes. For awc they use the night for that arena.