So what exactly is going on with Lordaeron?

I wonder if the devs would go to the extent of revamping the world once again - it is a gargantuan task but it would be very much welcomed (I’ve never come across anyone who would mind as long as Cata zones are saved somewhere indeed).

It is also interesting to consider the following points:

But how will that develop? Impossible to say at the moment.

Doesn’t that speak against a remake as much as for it? I mean, a remake would instantly make the books outdated again, wouldn’t it?

From any source who ever called anything correctly? Because there are a looooot of rumors going around, especially, but not exclusively, during final patches.

Devs clarified that one in interviews. It’s more time peception that’s different in the Shadowlands, rather than actual timeflow. Considering timeflow on Argus actually was supposed to be quite different and the devs did nothing with it while sendung us there, I wouldn’t hold my breath on that one.

Political intrigues at the ready for Lordaeron with the Scarlet Brotherhood, Genn and Gilneas, Turalyon currently in command of the Alliance forces, Stromgarde being back in Danath’s hands, the Forsaken wanting to come back to Lordaeron and in dire need of a new identity following the destitution of their dark lady.

Not to mention digging up Lordaeron characters like Uther, Alexandros and the spectre of Arthas this addon. Oh, and Calia frickin’ Menethil. And heavyhanded hinting on the issue of the Lordaeron crown in the Exploring Azeroth book. There is a lot speaking for some Lordaeron action specifically. Probably not too far off.

Possible, but “should have” is far off from confirmed for Blizzard.

There is a lot speaking for some Lordaeron action specifically.

I think Turalyon might be worth adding to the list of Lordaeron-related characters. Maybe some elves, gnomes and dwarfs who are alive from the times of the 2nd War.

But blizz in not known to be particularly logical, so some character that should be involved or might’ve provide some extra comments might instead be left out.

They should remake Lordaeron, with Venomspite and Vengeance landing assets.
I never was particularly fond of UC, but i really miss Brill.
It shouldn’t be that hard, since it’s just recycled assets, that already exist.

I never was particularly fond of UC, but i really miss Brill.

Who knows, maybe instead of a nostalgia, for the role of the next capital another city could be used. Stratholme, Andoral, Tyr’s Hand. There are interesting options.

That’d be terrible. Main cities should NEVER rely on reused assets from towns/villages.

If they rebuild Lordaeron, they definitely need to use unique assets, not just copy and paste assets from previous expansions.

Also, I think that the Forsaken are done with that Scourge-esque architecture. I can’t see them continuing that style with Sylvanas gone. They’ll probably go back to a more Lordaeronian-esque architecture, especially with Calia Menethil amidst their ranks.

That’d be terrible. Main cities should NEVER rely on reused assets from towns/villages.

My reasoning for that, was purely on the basis of, that Blizz will probably not, Sac that much development time on old capitals. (if any time at all)
It’s quite strange, that Org

… has, had that much time wasted on it.

They’ll probably go back to a more Lordaeronian-esque architecture

One can only hope, i’ve always liked the layout of Lordaeron, and not so much UC. Hopefully Voss and Calia can come up with something.
Still the whole Tirisfal glades and Northern Silverpine regions, all the way to the Forsaken front, should remain firmly as Forsaken (horde) zones.

They definitely seem to be gearing up for some sort of plot development across the whole continent/region of Lordaeron (and about time too).

Even though nothing has really come of it yet, bar a few sporadic examples like the Arathi Warfront and Siege of Undercity scenario, there is definitely a renewed sense of interest in the area where a lot of the characters we’re being (re)introduced to have significant histories tied to the lore rich nature of the zone.

A lot of races from both sides of the faction divide have a stake in how these lands develop, and how the consequential in game geo-politics play out as the dust begins to settle from the events of the Fourth War.
During our time in the Shadowlands it’s likely borders are being redrawn in our absence with the lines of control shifting around to reflect the outcome.
With many noteworthy leaders abducted key voices have been removed from those discussions after the armistice, so it will be interesting to see what actions are taken without their input on their factions decision making process and what new voices fill that power vacuum.

Considering the issues some posters above have raised about the cities being potentially too close if updated, maybe Blizz will re-sculpt the landscape.
Enlarging it enough so it’s not so jarring if they want to recreate versions of them closer to the scale of that of Boralus, Suramar or Zul’dazar, in order to give them that more authentic feel and treatment of a living, breathing urban landscape.

Also, if some sort of phasing is needed to blend it in with the Southern part of the Eastern Kingdoms it would be the perfect opportunity to bring an updated Quel’Thalas onto the same instance setting as the rest of the landmass.

There is good opportunity here for them to realign the focus back on a much older part of the game world and story. Reintroducing it so it becomes a active part of current game again. Hopefully, they’re taking steps to do so but, time will ultimately tell if what hints we’ve provided with so far are any indication of their intention to do so.

Devs clarified that one in interviews. It’s more time peception that’s different in the Shadowlands, rather than actual timeflow. Considering timeflow on Argus actually was supposed to be quite different and the devs did nothing with it while sendung us there, I wouldn’t hold my breath on that one.

Further to that, the perception of time spent within the Maw and Torghast seems to run even faster going of the dialogue of the NPCs there when rescued at various points which suggests this.
This is considering the PC has spent most of their time canonically questing around the rest of the Shadowlands attempting to fix the other key components/realms that form part of the overall engine of death since escaping via the Waystone.
The movie Constantine is another example of the perception of time (fittingly also in hell) also running considerably faster than in the living mortal world.
It could also be like an Inception scenario where the perception of time is nested in way that time runs a faster in the Shadowlands and then again even faster in the Maw.

It’s quite strange, that Org

… has, had that much time wasted on it.

Not really. Orgrimmar is not only a racial capital city, but the main Faction Hub for the Horde. So it’s pretty normal that it gets more attention than the cities most players never visit after the starting experience or leveling through them.

Of course the decision to make OG the Main-Hub was made by Blizzard by giving it all the ameneties that are needed, and keeping them from the other Capitals.

I mean, i like Classic orgrimmar better than the live one.
The old orgrimmar had a semi homely atmosphere, unlike this “modern” Garrosh-esque morningstar / flail architecture.

I completely agree. Personally with the Cata-remake i would have prefered a “return” to the Pre-Corruption orcish Architecture as seen in Garadar. I really like the tribal look, and the lack of spikes.

One other thing that i forgot was the Night / day cycle that classic had.
Especially liked Org in the evening, with burning braziers everywhere.
Like when did they remove that?.

There somewhere undead Night Elves like Delaryn are now living. Hope they will not going to join the new new Horde.

There somewhere undead Night Elves like Delaryn are now living.

After the defeat at Drakshores, the last time they were been seen was a moment in Tirisfal Glades, where Calia Menething told, that she will take care on them from now on.

I guess it have happened in Tirisfal Glades for some reason. Same thing Blizzard could do in Orgrimmar.

We don’t know what’s happening in Azeroth rn. But blight eventually goes away but the damage stays if not mended.

It would be nice to take Lordaeron back from the hands of filthy, uncivilized horde and restore it to its former purpose, a bastion for the Alliance.

Is the city still drowned in blight, or perhaps has the blight dissipated a little? Are any of the major powers thinking of resettling in the city? What is the current situation of this once grand capital of mankind?

I truly do hope that Lordaeron is eventually cleansed of the filth and rebuilt as a shining beacon of hope and unity, as it once was before Arthas destroyed it and Sylvanas nuked its remains.

No one cares about Lakeshire.

Plenty of people care about Lordaeron.

You’re comparing a random bridge in a small village to the Washington D.C. Capitol of the Eastern Kingdoms.

It would be nice to take Lordaeron back from the hands of filthy, uncivilized horde and restore it to its former purpose, a bastion for the Alliance.

NO! there’s absolutely no reason for allies to be there. Since they kept Arathi and Darkshore.
(according to lore)

Note: Allies or more accurately Nelvs might have control of mt Hyjal soon,
because it looks like they are settling in or around Nordrassil. 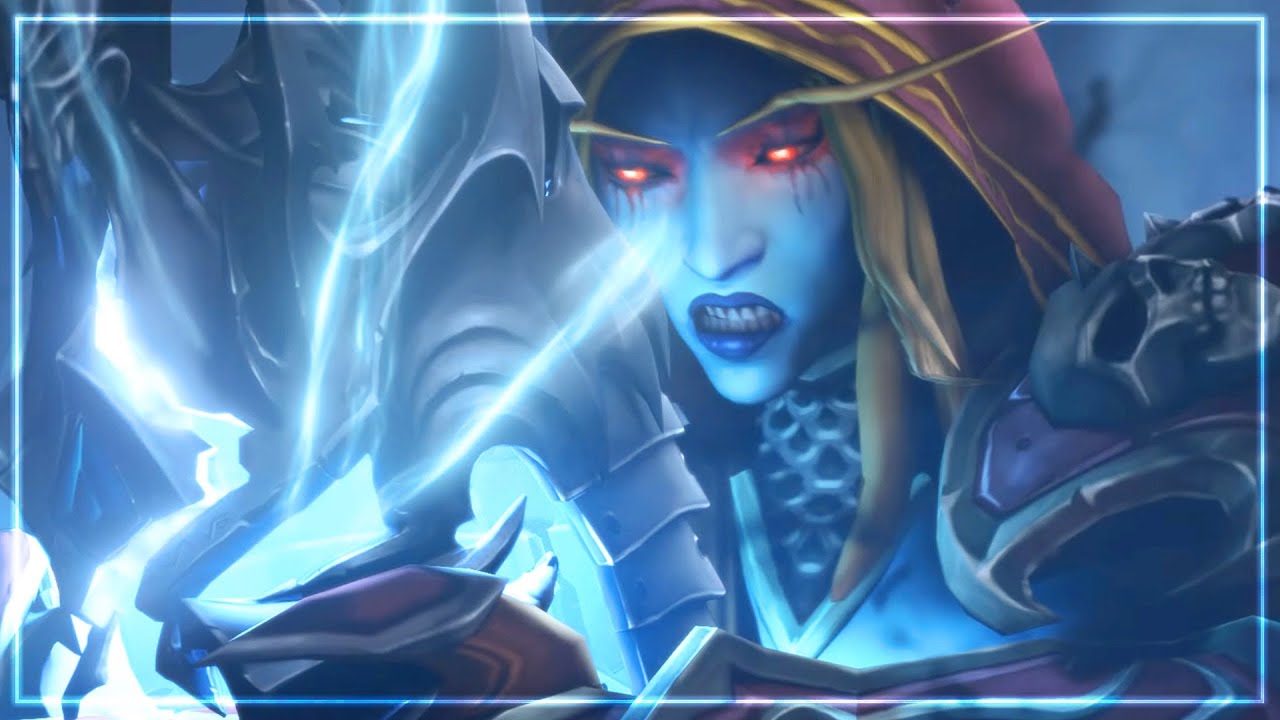 And do you seriously suggest that Horde territories, should only consist of 5% EK, (Quel’thalas) and 10-15 % (Durotar, northern barrens and mulgore).?

Nah Lordaeron should belong again to the Alliance. Horde should restore QuelThalas. Since we will be in shadowlands for quite a long time, the plague might waver and you guys should be able to inhabit plaguelands again, renaming it to something new, that would benefit both sides since for Alliance Lordaeron is a historical peace and a monument, just like for Elves southern part of Quel Thalas before 3rd war