Since the news came that blizzard is sending out surveys about how to implement fresh classic servers, alot of people have given their opinion on the forum about potential changes, whether in favor of them or not. Yet the topic of when blizzard should release this-these new fresh servers has not been discussed yet.

Personally i would really hope blizzard will launch them on or before the first week of august. My reason for this is the summer holiday. Back when classic launched for the first time, it was on the 26th of august, which was at the very end of the holiday season for alot of people. I would love to be able to spend some time of my holiday leveling on a fresh server. If they launch late august again, myself and others i am sure will already be back at work. This would greatly limit my time to play during the start of the server.

Please comment below why you agree or disagree with me and what your ideal launch date would be.

The 12th of never.
Fresh is not a good idea, splitting up a small pop even more. And I think you’ve heard all this a zillion times before.

PS. The alot is a versatile animal, I would not like to see it in Classic anyway.

good thing nobody cares about ur opinion

I’m sure Blizz do not give one hoot about any of us playing Classic Era. They follow the money, the streamers, and the ones crying the loudest - Right now that’s Horde in TBCC

thats true but they will still release fresh tho, same with wotlk, only a matter of time

A fair observation, but do not underestimate the number of people who would roll on a couple fresh vanilla servers. Sure, it would be a tremendously lower number than for the original classic wow launch, but even 10% of that means hundreds of thousands of players (which is enough for a couple servers to be filled).

There’s room for those, and I don’t see them endangering TBC servers at all, relax.

I could not care less for TBC servers. I’m worried about the Classic Era servers

And worried what “Retailification” they do, make trying to attract more people to those fresh servers.

If I may share my analysis of the situation with you: I’ve played on private servers ever since Nostalrius launched (before that too, but very randomly), when it comes to popular servers, it’s always the same thing: tons of people start playing, people quit, people come back during new phases, and 6 months after the last raid content has been beat, the server starts dying. Then a new fresh server comes out, and it deals the finishing blow.

You’re right when you say that fresh servers would kill classic era servers, 100%, BUT what you have to understand is that they will die no matter what: the classic era servers will never grow again, they’ll only plummet, because it’s the naxx40 patch.

This is no one’s fault, this is just how it is: once a server reaches the end of its cycle, you only got a few months left to pvp and pve and have fun, because after that it all goes down eventually. Fresh servers accelerate the process, but they’re a necessity in order for the version of the game to keep on living.

If you want vanilla to be alive, believe me, those new servers are a necessity.

Trust me I’ve seen it happen way too many times on the pserver scene for this not to be a lesson.

I have never played Private servers, therefore I know nothing of this. I have played only WoW from Vanilla to somewhere in WoD. I have resubbed for Classic, and Classic only.
As I see it, we are some people wanting to stay in Classic - at least I’m not all alone

And I understood that Blizz promised us the Era servers would stay ‘forever’. I hope this is so, as I am not going to start over and lose my progress.

And still it’s the Retailification bothering me most of all

Classic era servers were always destined to fail by nature, and people who were on the pserver scene knew it all too well.

I’ll just repeat that Blizz promised eternal Era servers. I have no Pserver experience whatsoever, but trust Blizz - which might be stupid.

Trusting Blizzard is not stupid, it’s naïve, which is different. But yes, enough bad things happened the last 10 years for you to know better.

Well, dead they are not, but not overly populated. I played today on one of the lesser populated servers (RP-PvE). I had fun, met nice people and quested. It’s a can do. And I still hope the Classic Era servers stay forever. I still trust Blizzard not to go back on their word here. Hoping against wisdom maybe.

This discussion could use its own thread. I hope we could stay on the topic for which i started this thread: the potential launch date of fresh classic servers. Please share your thoughts and opinions on what would be a great moment for them to be released.

I don’t agree on the point where its said,
splitting up a small pop even more

Right now theres alot of low pop realms, in time these will die out completely, but if a fresh realm is created, the majority of all those low-pops will gather up in this one, making it major.

You can’t even do mid dungeons in a low pop realm, zul’farrak? forgot about it, its gonna take a week to find a group, and there are more aspects. Creating a fresh realm wont only gather up all the low pops into one but will also bring back retired players.

Right now due to the current state of classic (thanks to tbc) id say, a fresh realm in order for everyone to start from scratch is exactly what this game needs right now.

And yes, it will be good for both blizzard and the players, we get to start fresh, and blizzard gets their money. Swipe off left-over food from 20 plates into a big one and youll have a quality plate!

It will just come down to the same problem, realms with people in full Naxx gear logging on for an hour or two a week.

It will just take them a few weeks longer, rushing to 60 then doing it.

What you actually mean is Fresh realms starting at Phase 1.

You’re saying the expansion didnt have anything to do with classics current state? The majority of all servers jumped over to TBC and we’re the left overs. This is what made that impact, call it an asteroid wiping out the dinosauries.

By making a fresh realm, one can only assume this sort of event won’t ever happen again, especially if its decided that this is gonna be a classic-only server permanent, people that joins it will not expect anything else, they join for that reason.

The majority of all servers jumped over to TBC and we’re the left overs.

All servers became both TBC and Classic. The leftovers are due to people not wanting to pay to have their characters on both types of realm.

By making a fresh realm, one can only assume this sort of event won’t ever happen again, especially if its decided that this is gonna be a classic-only server permanent, people that joins it will not expect anything else, they join for that reason.

Once it hits end of cycle they will drop off and people will demand the start of another cycle.

There’s not a lot of low pop realms There’s 5 EU-English, 5 German, 2 French and 1 Spanish. English and German would be better off with 3 realms each.
Would you make the 3 fresh realms EU wide?

There’s not a lot of low pop realms There’s 5 EU-English, 5 German, 2 French and 1 Spanish. English and German would be better off with 3 realms each.

Individual realms are ALL low population in Classic. I think if you added all the populations up they would make a single medium population realm of each type, except the RP ones that would still be low. 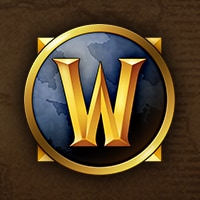 View all available World of Warcraft realms and information about realm status and scheduled maintenances.