We recently announced that we would be activating Free Character Migrations for select high population Classic realms. It’s been a while since we’ve enabled Character Migrations like this, and we understand that there are bound to be some questions about how this process will work.

While Free Character Migration is in progress

Once your Free Character Migration has completed

Transfers can be initiated in one of two places

Once initiated, the process to complete your migration will be the same. 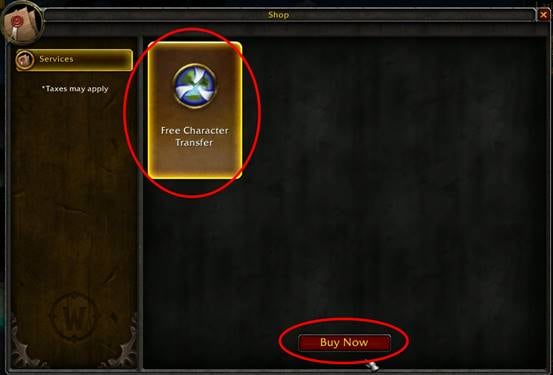 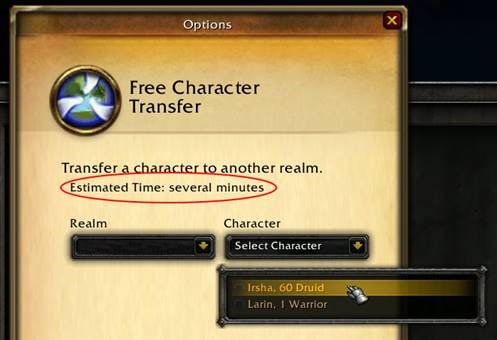 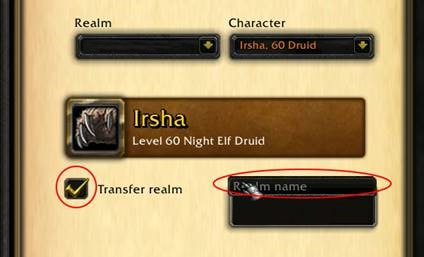 The Free Character Transfer window will close, your transfer is in progress. You will be unable to log into that character until the transfer has completed.

While Free Character Migration is in progress

Once your Free Character Migration has completed

Q.: Why aren’t any transfers available for my character?
A.: We haven’t enabled it yet for your realm. Note that only select realms are being offered the chance to transfer.

Q.: Why can I only move to this specific realm?
A.: In order to balance queue times we are only offering transfers from highly populated realms.

Q.: [Players who transferred from the queue screen] I clicked “Continue” and the window closed. How can I tell my transfer is really being processed?
A.: Try transferring the character again. The window should now update to say that a transfer is in progress and show you the estimated time it will take to fully move your character to the new realm.

Q.: I tried to transfer a character, but it seemed to fail and stall out. Now I can’t move that character anymore and I can’t log into it.
A.: Log out of the game all of the way for about 15 minutes. Then log back in. You should now be able to move this character.

Q.: I am trying to transfer a character, but my time estimate keeps saying “5 minutes”. Am I stuck?
A.: You’re probably not stuck, but something is probably taking a little longer than we estimated.

Q.: I tried to transfer a character, but I don’t know if it has completed yet?
A.: Go to the NEW realm you are trying to transfer to. If the transfer is complete, your character will be there. If your character is not there yet, you may have to wait. Keep refreshing the character select screen by changing realms or logging in to the world on a different character, then logging back out.