[PCU] Plotline: The Prophecy of the Fallen Moon

The Prophecy of the Fallen Moon

A new cult rises in Azeroth sworn under a little known prophecy. They aren’t idle either; members scour the continents and begin their infiltration at various places and settlements. Most worrysome is their familiarity with magic and meddling with ley-lines and artifacts. One - a nefarious scythe - they seem to have crafted themselves.

Though engaged while executing their will and defeated momentarily, the greatest foes the Vor’dorei conspiracy could face - the Kaldorei and Shal’dorei forces most familiar with their dealings - have erupted in a strife that could compromise the safety of Azeroth and allow the cultist free reign as the elves fight amongst themselves.

I hereby decree, with Elune as my witness, a Divine Struggle against the orders of the Concordat. - Matron Erena Lunarglade

How will the events unfold while those who have the information and power to halt them fight each other? Will there be once more unity between Horde and Alliance as there was briefly in Felwood?

This thread aims to collect information & guidance with regards to a long-running campaign I have started last November pertaining a cult of elves. I feel the plotline expanded enough to warrant a forum thread on its own; and I believe I am ready to involve those interested in it. Those involved should expect exploring elven ruins, uncovering artifacts and lore and fighting a myriad of conspiring creatures and cultists!

Understand that this is both a new venture and a wild experiment of my own to see how a largely freeform, laissez-faire storyline could work. We’ll see - and I hope you’ll enjoy it.

If you want to get involved, feel free to note it on this thread and we can possibly discuss further. I’m open to involving more people, always!

Last but not least…

I’ve had it with these Elune damned cultists on this monday to friday planet! (I’d love to help be involved with this!)

There is nothing to say but Based.

A Rogue Warlock aids the Vor’dore; all that is known about her is that she is a void elf, a talented demonologist, and carries an artifact dagger.

Murder in Old Town! Culprits possibly on the loose?

One headline from numerous amongst the news spreading in Stormwind. Penned by the talented and largely avoided journalist Audery Donowan, the article details the strange events that transpired the night before.

Elven cultists attempt to murder a magisterial secretary in the Pig & Whistle! Half a dozen attackers swarmed a table last night and inflicted a mortal wound on a High Elven secretary while she was enjoying a private function with a Ren’dorei companion.

It took less than five minutes for the Stormwind Guard to respond; their timely entry prevented the death of the Ren’dorei companion and the patrons within the tavern. The magisterial secretary has been carried away on a stretcher and is reportedly in critical condition, attended to by the healers of the Cathedral.

The captain of the guards present refused to comment further on the rumours of an elven death-cult or fel-cult, neither did he accept an interview request other than offering re-assurance that the city guards will clamp down on any uprising or cult before they can cause any spreading harm to the Kingdom.

There is no further word on the elves, their purpose or their fate, perhaps unusual. Nevertheless; those who witnessed the scuffle in person or handled the surviving cultist might have learned more; whereas others now pray for the recovery of the secretary Featherstring.

These vor’dorei almost killed me in STORMWIND.
Elseth’s events always end up somewhere in my “top 10 best events” list.

If only they had succeeded… Alas, there’s just going to be more based events with you instead.

Extremely cool and epicly detailed! Props to all the planners and GMs for the epic happenings…!!!

Two investigation conclude, parallel to each other.

In a deep Warden vault in the depths of mount Hyjal, members of the Dirge activate the recovered Orrery. It does not only prove to be a beautiful artifact of elven hegemony long gone, but also a valuable map to guide them through the events that had recently transpired.

The Vor’dorei have gained a formidable enemy the night their Naga allies engaged the Dirge in battle.

Meanwhile, in an Suramar experiment chamber by the Promenade

Two Vulpera and a Nightborne engaged in the strangest of rituals the chambers have seen. Unfolding from a memory and a haunting, continuing with an Apexis crystal and a memory binding and culminating in a scrying spell cast through a void singularity - the shadows revealed much to the Dustpaw members and the Sisterhood darkcaster present.

They could now attach vague faces to their enemies. Even better, they now had a fair guess at the origin of the Scythe wielded by the Vor’dorei. An origin the elves had been more entangled with than they ever expected.

In Stormwind, a secretary disappears

Brought to the Cathedral for healing by the Echo Company, the magisterial secretary made a slow recovery. First able to make out visitors and then answer rudimentary questions, the secretary disppeared from one hour to another, her previous presence at the Cathedral no longer acknowledged by the priests therein.

While many eyes were following the actions and progress of the Dirge and the Sisterhood, there was only one - a magisterial secretary - who knew that the full extent of the events and happenings was clear to nobody else but one other void elf.

One by the name of Valthyn.

The plotline continues, with a more-reserved to days excursion coming up next week. I hope everyone involved has been enjoying the plotline thus far. I welcome feedback, and if you want to be involved, just shoot me a PM through discord. You can tag me in the open AD/D chat, [FOE] Elseth.

Extra credits to Vashava who was kind enough to read over my full event/lore/plotline draft and provide me with opinions and suggestions.

I heard these events are superior.

With the full-count PCU campaign over, the Prophecy of the Fallen Moon plotline is back on track. The Sisterhood have already made their move and progressed on their side; an update is to be expected when the alliance chooses their step. For until then; a teaser from the Sisterhood’s pursuit. 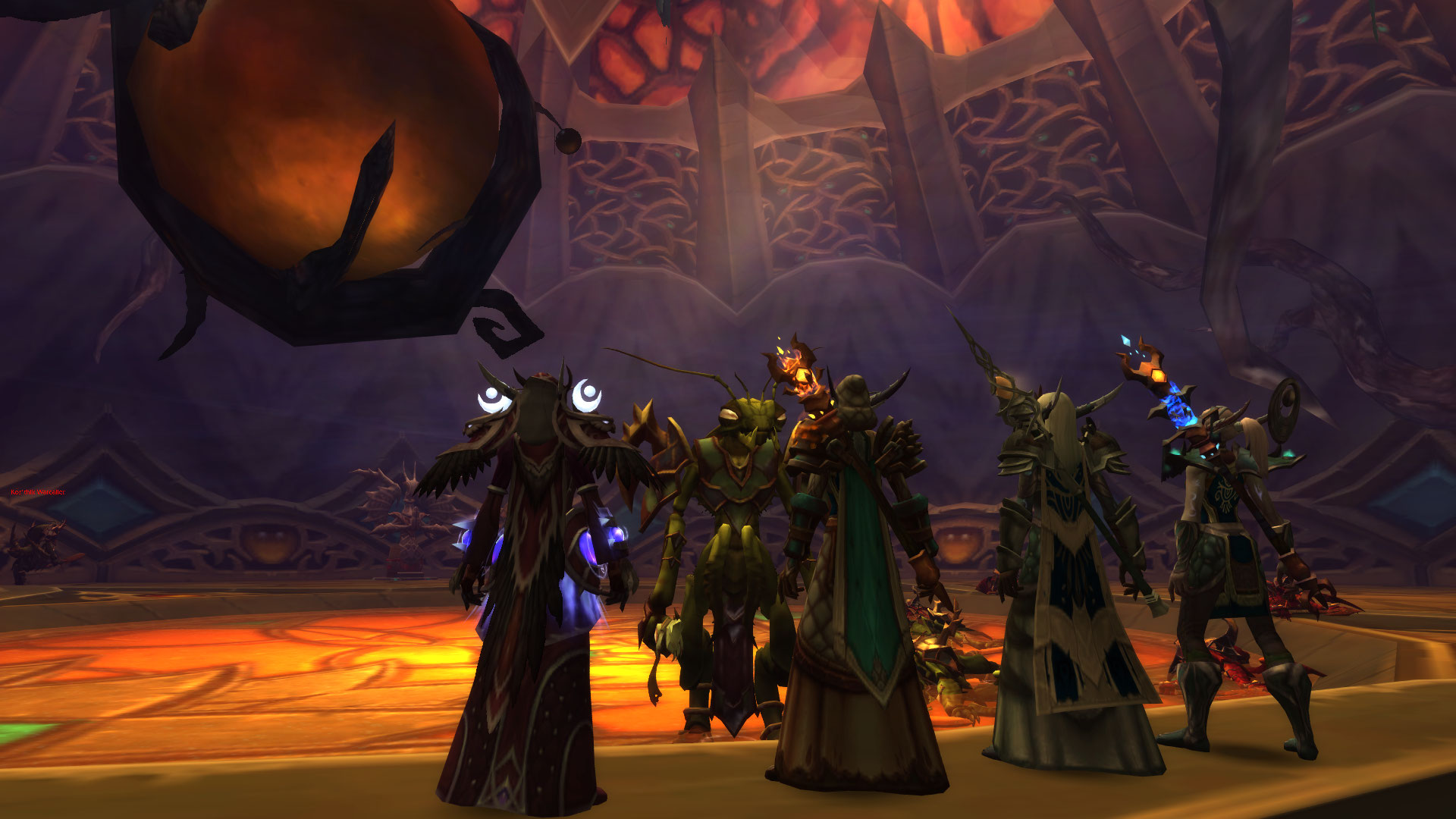 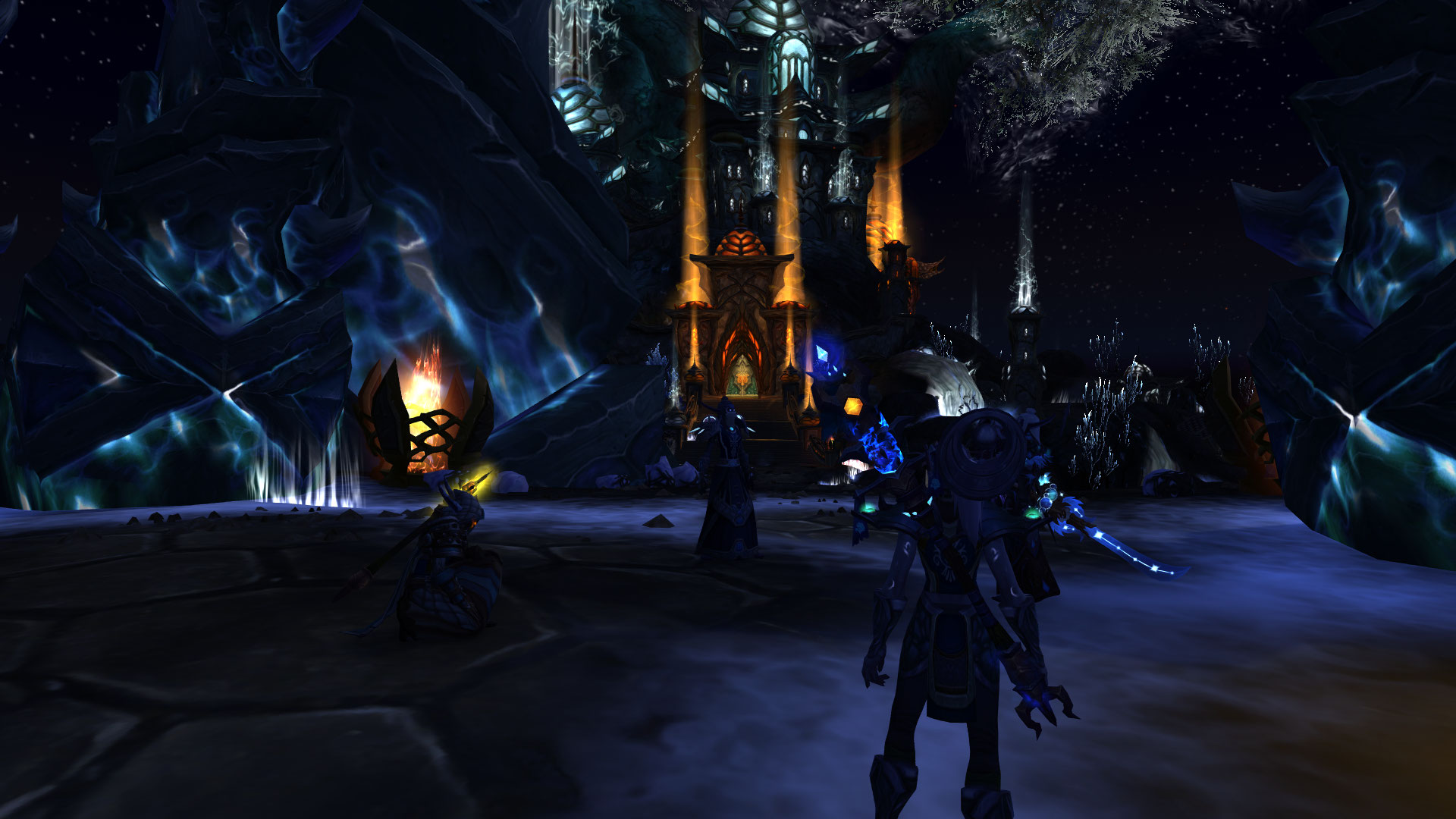