I was just thinking that player ‘dark ranger’ (as in undead with pale skin and red eyes) customizations could come at a later stage for both Blood and Night elves, when completing a specific questline, just as it happened when the night warrior customization was added for the night elves.

The theme would totally fit Shadowlands, and it could easily be a patch feature: easy to make and a guaranteed seller. 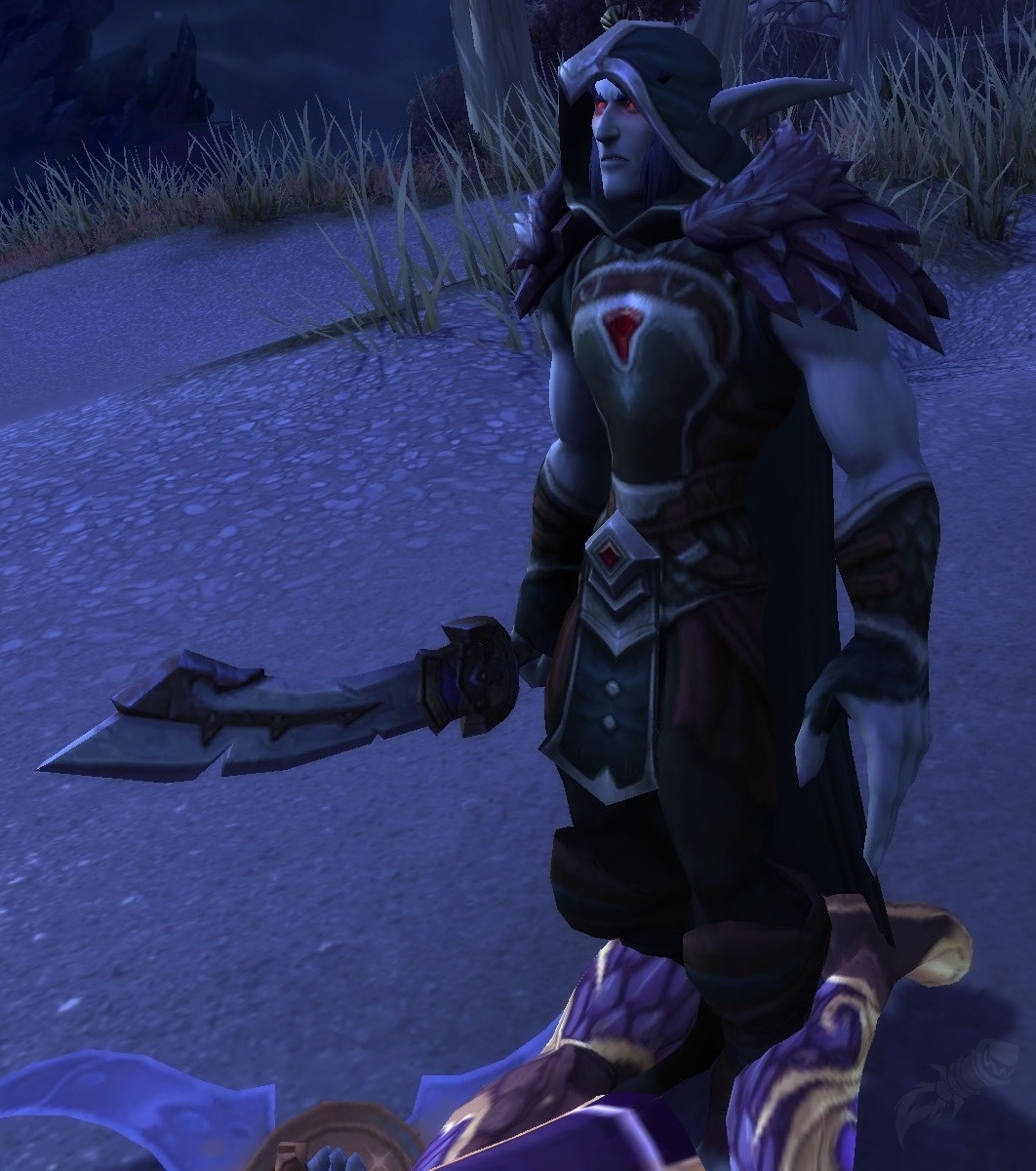 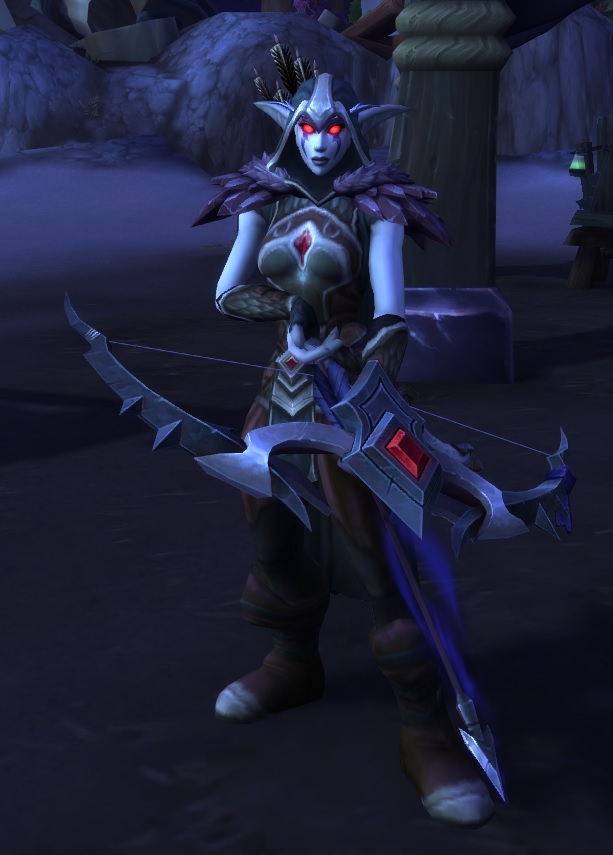 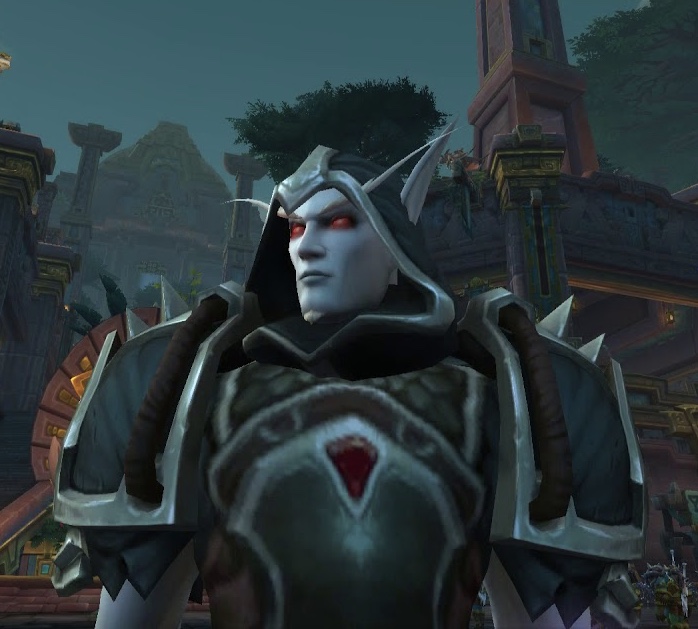 Indeed, but that did not stop Blizzard from giving us the ‘Night Warrior’ customization as an extra perk upon completion of the storyline explaining how the Night Elves could get empowered by Elune. So all we’d need would be a quest line explaining how a number of undead elves came to rejoin their people following Sylvanas’ betrayal of the Horde.

Only Hunters plus at most Rogues should have access to Dark Ranger customization.

If that’s what Blizzard wants, the customization can be limited. Death Knights and Demon Hunters show us that class-specific features are technically feasible. But bear in mind that at this time, ‘Night Warrior’ customizations are available to all Night Elves, mages included. So ‘Dark Ranger’ could simply be considered as synonym for ‘undead elf’.

Dark Rangers should rather be a Hero class.

They could be, but one might argue that after Legion and the Demon Hunters, having yet another elf-only Hero class might result unsatisfying to many players not particularly keen on elves. Plus, it would feel a bit weird to have to wait for the end of Shadowlands and the next expansion for such a class considering Death is the current main theme.

Dark Rangers should be an Allied Race.

Had they been released in BfA, it might have happened. But as allied races with only very limited customization resulted unsatisfying to many players, Blizzard appears to be steering away from that model and be rather keen on adding customization to the base races now, that being a core Shadowlands feature. Also, an allied race only limited to one or two classes sounds rather unlikely to be worthy of its development time.

Originally, indeed. But this was already retconned in BfA... as shown by the images above.

As a matter of facts, in game there is already a toy which can change players of both factions to Dark Rangers of either gender: 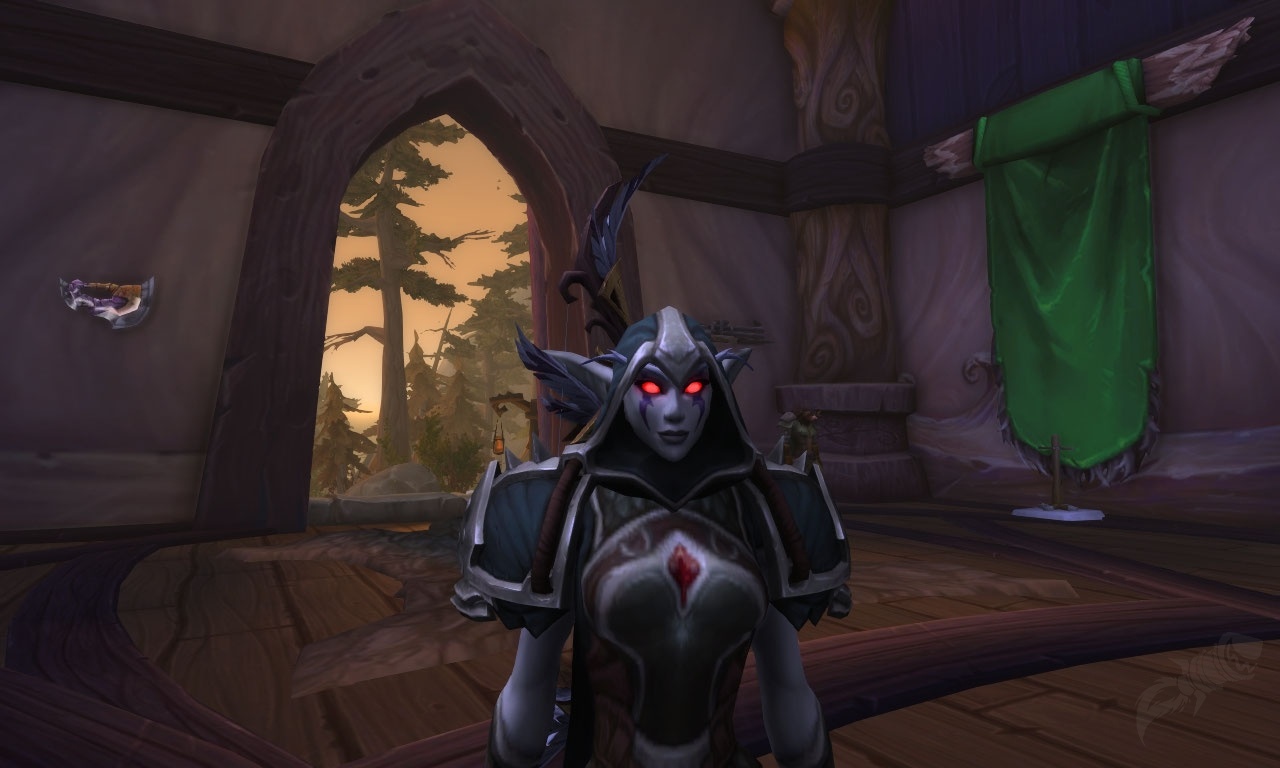 A toy box collection item. It is a quest reward from Dark Ranger Round-Up. In the Other Items category. Added in World of Warcraft: Battle for Azeroth.

Would this be restricted to hunters (where it would incur the wrath of people whining about feeling “forced” to play a hunter to be a dark ranger) or be available to the whole race (dragging the lore through the mud when we see dark ranger mages etc)?

If it was done in a way where it wouldn’t trample the lore I don’t see why not.

The toy is broken on the Alliance side haha it switches genders.

No does that on horde side too.

I don’t think it’s a problem, I think it’s an intended effect. A lot of appearance-changing toys have a chance to reverse gender.

Personally I agree, but up to Blizzard I think.

We do know class-restricted customizations ARE feasible. (Just think of the DKs and DHs!)

So far I don’t think they’d want to add undead options to all races any more than they have done with the DKs as that may take away from the Undead fantasy and race, but then again, it’s Blizzard’s story to write and they could explain it in whichever way they prefer while still enabling the dark ranger fantasy to be played.

Still, I think a specific reskin for one elf race per faction would be an easy to make and quick seller option. Golden belf eyes and black nelf eyes have both been quite popular since they became a thing!

(dragging the lore through the mud when we see dark ranger mages etc)?

My Night Elf mage is a Night WARRIOR, so I think it’s fine xd

Well, in such case ‘dark ranger’ could be intended as a synonym for ‘undead elf previously in service of Sylvanas who has been welcome to return to his/her kin.’

I guess Calia could totally play a role in that happening.

Calia could totally play a role in that happening. 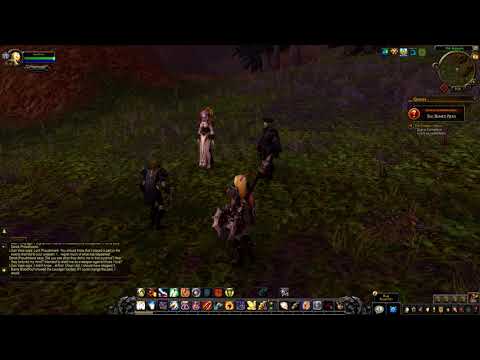 dark ranger will become a class, I promise you.

dark ranger will become a class, I promise you

Well if it does, then it will continue the D-theme for Hero classes.

But whether it comes as a class or not, the visual customization for player characters could still come as an extra connected to a questline referring to returning undead elves now that Sylvanas has gone from the Horde.

I just want the Sylvanas armor to be collectible transmog

there is already sylvana armor in game

give a sec i will trasmog myself to sylvana

how long does it take for armory to update ?

dark ranger will become a class, I promise you.

Not next, maybe after.

The pattern for classes seems to be edgey “anti hero”, generic, edgey “anti hero”, so we’re due a generic non “evil but not really” class which would exclude dark rangers as not only are they a edgey anti hero class, they’re also elf centric like DHs which is essentially a repeat of the same themes.

Let’s have something different for the next one and then go back to round 2 of edgey elf classes in my opinion. Runemaster, Tinker, another void using class maybe.

Look at me now boys i got Sylvana armor !!

It DOES give red eyes, too… 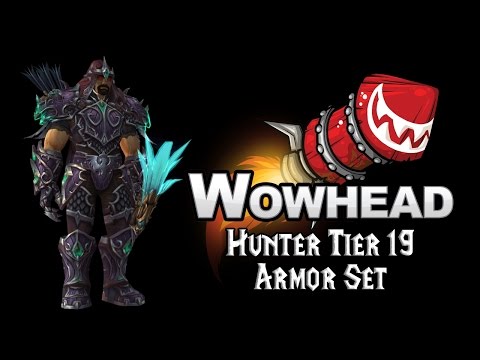 I thought that dark ranger were a specific type of undead that happened to ex elven rangers that are female for some reason and not a style or something you could born as an elf.